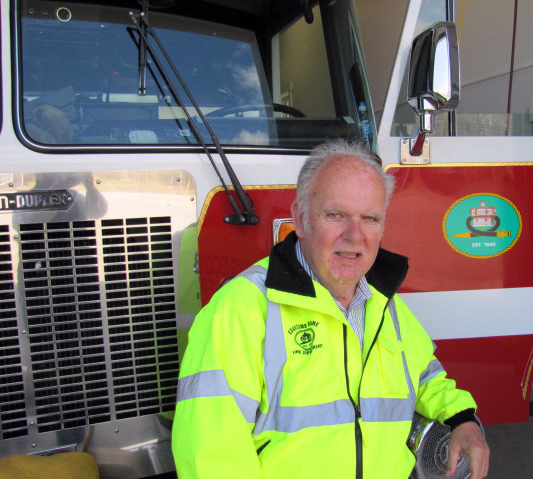 A 77-year-old seasonal resident of Edgecomb who was an officer on the town’s volunteer fire department died of complications from COVID-19 on April 19. Family and fellow firefighters remember him for his knowledge and spirit of volunteerism.

Stephen A. “Steve” Fenton traveled back and forth between Edgecomb and Verona, N.J., volunteering as a firefighter in both places.

Steve Fenton’s survivors include his wife, Phyllis Fenton, and her five children, as well as nine grandchildren and one great-grandchild.

Steve Fenton was born in New Jersey. He attended a camp in Midcoast Maine when he was a teenager and later became a counselor there.

“In our culture in North Jersey, it is very hustle and bustle … Maine is the lifestyle that he sought after, I would say,” Joel Martin, one of the Fentons’ children, said about why Steve Fenton enjoyed Maine.

“It’s difficult to express … how much Maine meant to him and how much those people meant to him, because it was really, truly his passion to be up there a lot,” Martin said.

Back in New Jersey, Steve Fenton owned a construction company, Fenton Contracting, for 50 years. The company built sidewalks and worked on excavation, among other projects.

When he was younger, he drove American LaFrance fire trucks across the country to deliver them to buyers, said Nancy Martin, another of the Fentons’ children. 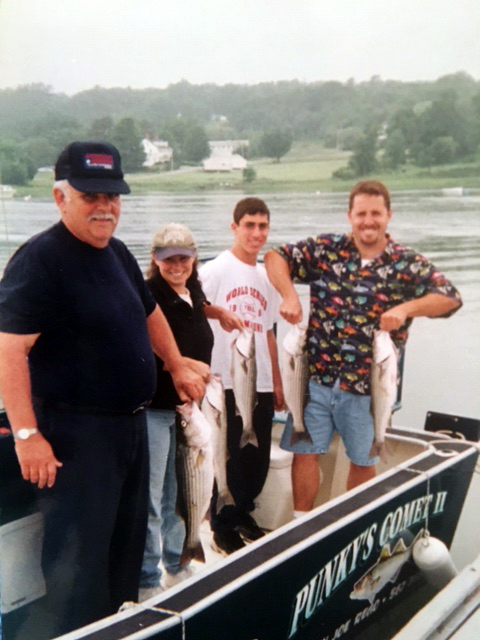 He started firefighting in the ’70s and served as a captain in the Verona Rescue Squad. “He had it in his blood to volunteer, to help out,” Joel Martin said.

In the 2000s, he built a retirement home in Edgecomb.

When Roy Potter took over as fire chief in 2008, the department had taken an old American LaFrance truck out of service and left it outside the station. When Steve Fenton arrived for the summer, he called Potter to ask about it.

“When Steve had called me about the old LaFrance and I told him we had a problem with the starter, he says, ‘Well, send it down to me and I can see what I can do,’ and I said, ‘You don’t understand; the starter is literally in pieces,’” Potter said. “He just joked with me and he said, ‘You know what? I don’t care. Box it up and send it down to me in (New Jersey).’”

Fenton called the morning he received the starter and, by the same afternoon, he was sending a brand-new starter to Potter.

“We became really good friends after that and he joined the department shortly after,” Potter said.

Fenton was Potter’s go-to person for advice on fire equipment. He held the title of equipment captain and helped the department acquire multiple trucks.

Fenton drove trucks to emergency scenes, only retiring from this duty three or four years ago. He also drove an Edgecomb truck in the Wiscasset Fourth of July parade.

When Fenton was in New Jersey, he still assisted the Edgecomb Fire Department. He likely saved the town hundreds of thousands of dollars in equipment and truck costs through his volunteer work, Potter said.

Fenton also participated in planning for the fire station, dedicated in 2012. The same year, Edgecomb dedicated its annual town report to Fenton for his service to the town.

“It’s like I knew Steve my whole life,” Potter said.

Only a few months ago, Potter said, he consulted Fenton about a fire department issue by phone. 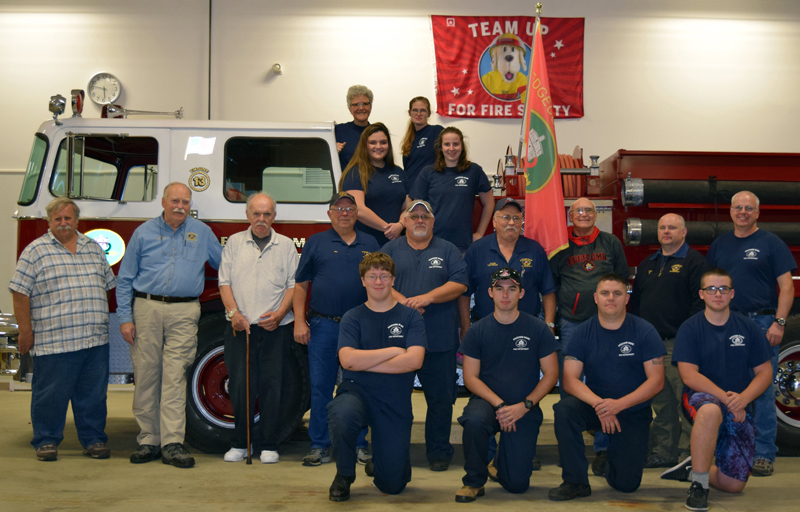 Capt. Steve Fenton (third from left with cane) poses for a photo with past and present members of the Edgecomb Fire Department during an event at the fire station Oct. 5, 2017. Fenton died of complications from COVID-19 in New Jersey on April 19. (J.W. Oliver photo, LCN file)

Potter called Fenton a “book of knowledge” who “will never be able to be replaced.”

The Edgecomb Fire Department flew its American flag at half-staff until Monday, April 27 for their fellow firefighter.

Fenton’s children said their dad enjoyed fishing in the Sheepscot and Back rivers.

“There was no day that he would get stumped. He would find fish no matter where they were, no matter what it took,” Joel Martin said.

Joel Martin described his father as a humble man who would pass his knowledge along to anyone willing to hear it.

Fenton was a storyteller and “larger than life,” his children said. Joel Martin said he taught people how to be good listeners.

Fenton was living in the New Jersey Firemen’s Home, a nursing home for firefighters, when he died. Due to restrictions to prevent the spread of the coronavirus, no one could visit.

“The firemen’s home that he was at, they gave him great care. It’s just something that happened,” she said.

After the emergency passes, Potter hopes to hold a gathering, as does Fenton’s family.