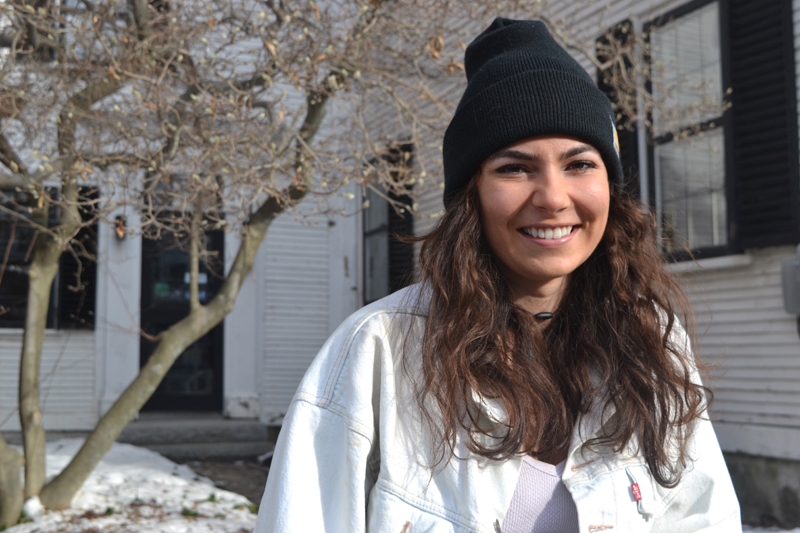 Edgecomb singer-songwriter Lena Rich is gearing up for her Jan. 13 CD release party at One Longfellow Square in Portland. (Christine LaPado-Breglia photo)

The music on Lena Rich’s engaging new full-length CD falls somewhere between indie rock and indie folk, as the 19-year-old Edgecomb singer-songwriter pointed out in a recent interview – hence the album’s title, “Something in Between.” “Something in Between” is also the name of the CD’s title track, a catchy, insistent rocker about an unsettled love relationship.

Rich – dressed in fashionably ripped black pants, her long hair spilling in dark waves from her black knit cap – was taking a break from her holiday touring schedule to sit and chat about her CD release party in support of “Something in Between” at One Longfellow Square in Portland on Saturday, Jan. 13.

In addition to her Portland show, Rich will perform twice in Hallowell, on Jan. 8 and 10. On Jan. 22, her tour will take her to Bozeman, Mont. for a couple of shows.

It is “totally coincidental” that the One Longfellow Square show will take place on Rich’s 20th birthday, said Rich, who is currently in her second year of studying music at Oberlin College in Ohio.

Rich was quick to praise the involvement of local musician Steve Jones, of the popular Hallowell-based band The Boneheads, who played guitar on both “Slow Motion” and “Something in Between.” “He’s an incredible musician,” she said.

For “Something in Between,” Jones brought in bass player Paul Thibeault, who also produced the new album, which was recorded, mixed, and mastered at The Root Cellar recording studio in Hallowell by Boneheads keyboardist Bob Colwell. 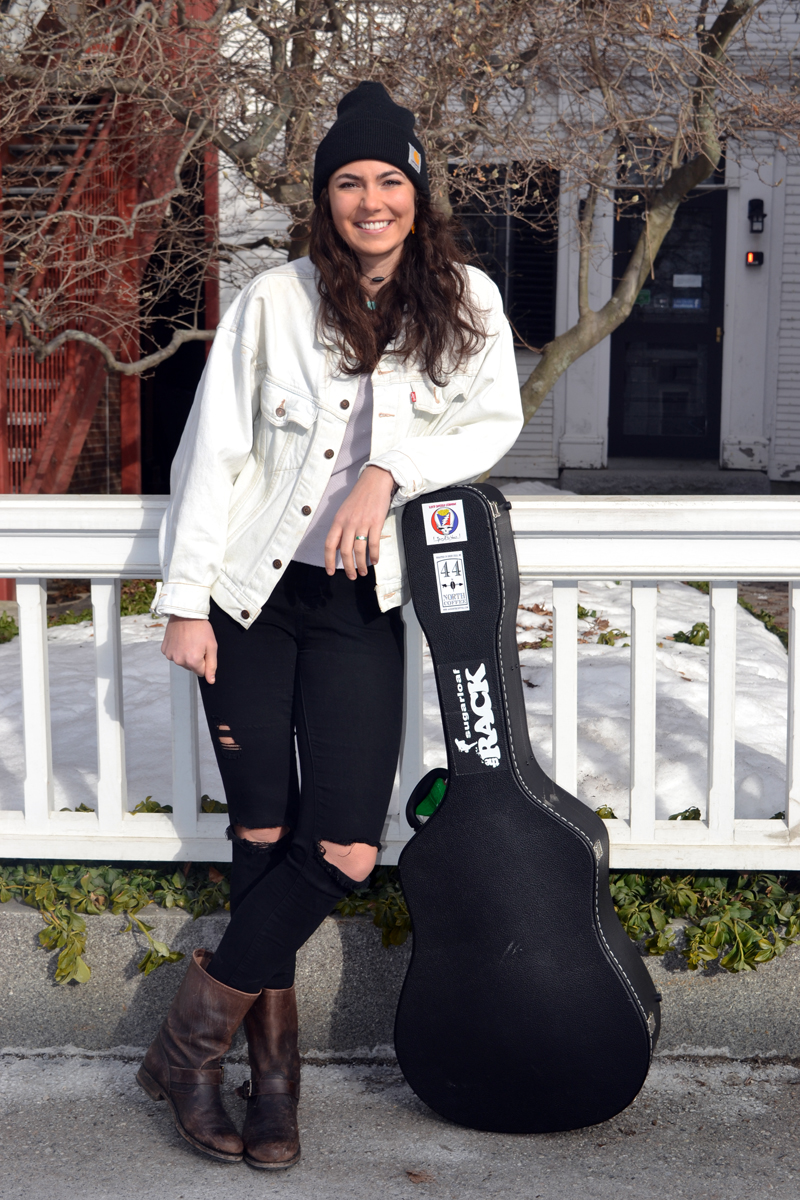 “The three of us (Rich, Jones, and Thibeault) just worked really well together,” said Rich. “It just became clear to me that they were going to be great mentors for my career … It was overwhelming having people that incredible and accomplished take me seriously.”

Rich described the three-day recording process as “a super fun experience, which is why the album has such a fun energy … They were jam-packed days, but we were really in the zone.”

Rich’s musical roots go back to when she was “age 3 or 4” and started playing the violin. At age 5, she began studying piano with Wiscasset-based piano teacher Jennifer McIvor, to whom she expresses gratitude for both teaching her the technical aspects of piano-playing – scales and so on – as well as supporting her desire to play songs by ear from the radio.

“She wanted me to love (playing music). That’s what I got from her,” she said of McIvor. “You can practice any time – you have to love it first.”

“I composed classical music for that,” said Rich of the Blue Hill event she participated in for several years as a preteen, adding that she “was definitely raised on folk and bluegrass music.”

Rich’s musical interests continued to branch out as she got older.

In her teens, Rich attended Maine Fiddle Camp for two years, an experience she described as a “super formative” part of her eclectic musical training.

At North Yarmouth Academy, where she attended high school, Rich played piano and sang in the jazz band; sang and played mandolin, guitar, and fiddle in a bluegrass band; and played electric guitar and sang in a rock band. “I was pretty involved in them,” she said of the three musically divergent groups. “I feel like those influences fed off each other.”

Her North Yarmouth Academy music teacher, Ian Ramsey, mentored her over several semesters in an independent study class focused on songwriting and the music industry. Rich described the two shows she put on every semester through the independent study as “the start of me learning how to put on a real show.”

Ramsey also co-founded Maine Acoustic Music Festival, where Rich took part in a three-day intensive workshop “with the best musicians in their field” when she was around age 14. Significantly, she met popular singer-songwriter Anais Mitchell at the festival.

“I got to really hone my songwriting with her,” she said of Mitchell. “It was just so inspiring, because she had the same story: ‘I was a teenager. I had a dream.’ And we’ve kept in touch.”

Rich also met Massachusetts singer-songwriter Antje Duvekot at the Maine Acoustic Music Festival one year. She ended up opening for Duvekot last spring at One Longfellow Square, which she described as “a great opportunity.”

“I’m so grateful to the Maine music community,” said Rich. “That’s what made the vibe so great in the studio. I mean, the musicianship was great and we were having a good time. It’s all you could ask for.”

Go to lenarich.com to listen to Rich’s music, to purchase tickets for Rich’s Jan. 13 CD release show in Portland, and to RSVP for her Hallowell shows at Slates and The Quarry, on Jan. 8 and 10, respectively.

Rich’s One Longfellow Square show will start at 8 p.m. The first 15 ticketed attendees will receive a free CD at the door. The six-piece Connecticut Americana group Plywood Cowboy shares the bill. Tickets are $10.