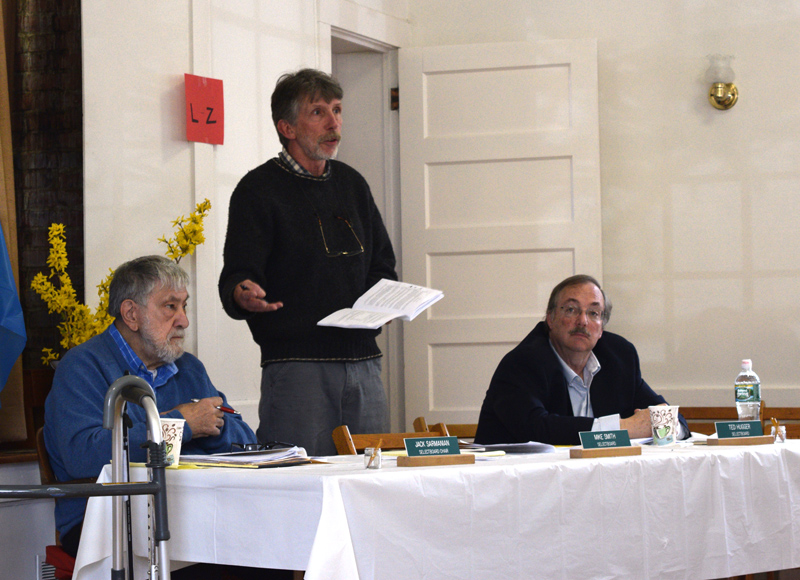 Edgecomb voters voted down proposals to allow marijuana businesses and debated education and harbor issues during a five-hour-plus annual town meeting Saturday, May 18.

Near the beginning of town meeting, over 50 people were present at the town hall, but the number dwindled slightly after a break around noon. Chip Griffin moderated the meeting.

The activities would not have been permitted until ordinances were written and approved at a future town meeting or referendum.

Limited discussion occurred before the vote on retail sales. A hand count determined that the article failed, 31-18.

Discussion on cultivation and testing focused on the negative effects of marijuana and whether it could bring economic development to the town.

After the article regarding retail sales failed, Edgecomb Planning Board Chair Barry Hathorne suggested that voters think about passing the other two articles because the businesses could bring new revenue to the town.

Town Clerk Claudia Coffin asked later if communities would receive revenues or if they would go mostly to the state. “No one knows,” Hathorne said.

Hathorne said he had “mixed emotions” about the articles.

Resident Dawn Murray spoke against allowing the businesses, citing the fact that marijuana remains illegal under federal law. “It’s way out there as far as true regulation, and I think it puts us at jeopardy,” Murray said.

During discussion on testing, she said, “I chose to come here after a 35-year career … I didn’t really want to come here in order to live in what could now be the Midcoast pot paradise.”

The articles regarding cultivation and testing failed.

Articles focusing on the Edgecomb harbor master brought much debate to the meeting.

Article 11 asked voters to approve the list of salaries for town officials, including $2,000 for the harbor master. The total for all officials is $70,344.

Resident Tom Boudin proposed an amendment to reduce the harbor master’s salary to nothing, but keep the rest of the salaries the same.

Harbor master was previously a volunteer post, but has become paid over the last few years, Selectman Mike Smith said.

After some voters disagreed on the amount of work it takes to do the job, Murray asked if there is a job description for the position. She said it would be “premature” to pay a salary for a position without requirements. 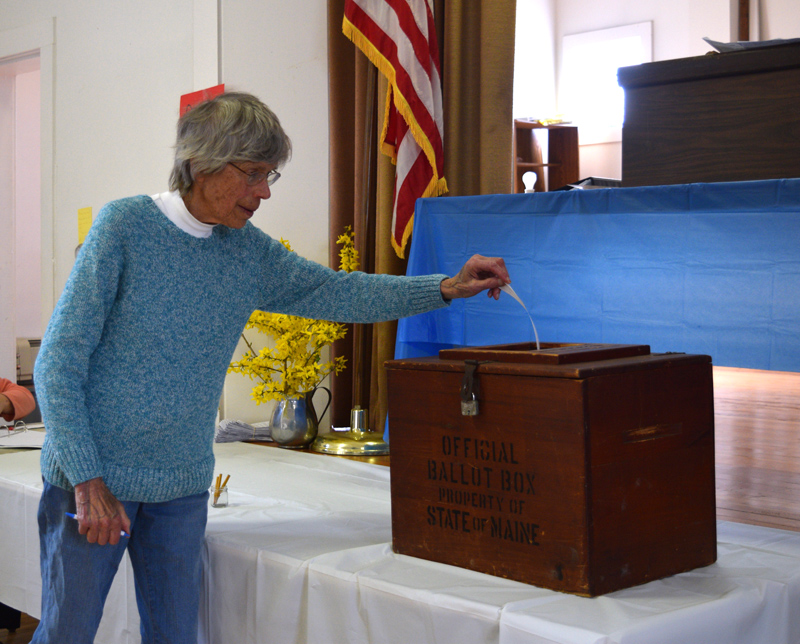 The amendment failed, and after a nearly 30-minute conversation, the original article passed.

The harbor master and his work came back into the discussion with article 49, a proposal to amend the coastal waters ordinance. The article failed after some discussion.

The current harbor master, Corning Townsend, explained his reasoning for making the change.

“What we were trying to do is make it firmer,” Townsend said.

Residents said the amendment would do the opposite.

As an ordinance cannot be amended during a town meeting, it must fail in order to be rewritten.

The amendment to the ordinance failed. Townsend said he would come back with a stricter amendment at another time.

The last hour of the town meeting focused on discussing education and voting on articles 52-66, which concerned education expenses.

Conversation began with Article 52, to see if voters would authorize the town to borrow up to $86,500 to finance a school bus for Edgecomb Eddy School.

Edgecomb Fire Chief Roy Potter asked for the reason behind the school purchasing a new school bus last year and again this year.

AOS 98 Superintendent Keith Laser said of one of the buses: “environmentally it was not appropriate to be out on the road.” The bus the school wants to replace now has corrosion and will not pass its next state inspection without a hefty amount of work.

According to Laser, the lifetime for a new bus is 10-12 years.

The article to finance a new bus passed.

Before voting on articles 53-66, Edgecomb School Committee Chair Tom Abello updated residents about new things happening in the school and explained the budget increase. His presentation resulted in questions from residents about the future of Edgecomb Eddy.

Abello said the school has 100 students. The population has gone up by 10 students since the start of the school year.

Although their student count is increasing, Abello said no additional teachers have been hired.

Education budgets throughout the county have grown at comparable levels, Abello said. 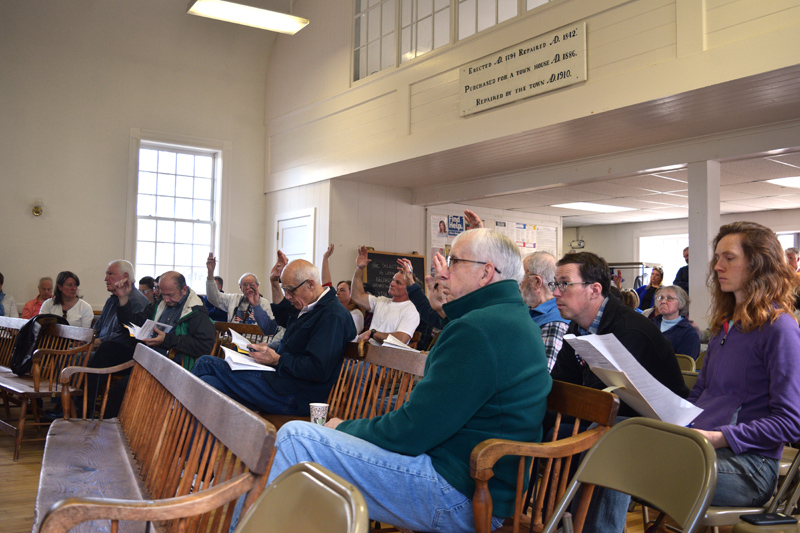 Edgecomb residents vote on an article in the early hours of town meeting. (Jessica Clifford photo)

The Boothbay-Boothbay Harbor Consolidated School District “has not been charging for the additional services special education students from other school districts by law receive in Boothbay,” Laser said in an email. “ It can no longer afford to absorb these costs hence the reason for the change.”

One resident asked what the future is for Edgecomb Eddy and its budget due to the sharp increase this year.

“I think we are turning things around in terms of where the school is going,” Abello said. Only three years ago, the school had just 59 students, he said.

“I think what we need to get our arms around is thinking long term. Where do we go with this tuition concept with Alna and Westport? How is the state, in the future, providing state subsidy to communities like Edgecomb?” he said.

The principal of Edgecomb Eddy School, Ira Michaud, also spoke to this question.

Michaud said that since the school is asking for a new bus and an increase in special education tuition now, he hopes it will not have to ask for those increases again.

“I can tell you our hope would obviously be to be below 5%, hopefully closer to 3%, as we move into next year, but it is very hard,” Michaud said of the next budget increase.

After multiple residents asked the school committee and the principal similar questions about the school’s future, Edgecomb Board of Selectmen Chair Jack Sarmanian spoke.

He said planning for the future is not just an Edgecomb Eddy School issue. He thinks, in general, the town needs to ask where it is now, where it wants to be, and where it is going.

The education articles all passed, one with an amendment.

Abello made a motion to amend Article 61, regarding facilities maintenance.

Abello moved to reduce the amount of the article by $8,000. The $8,000 will come from a dedicated account the town has for school maintenance that originated in 2002 when the school was built. This money will go toward painting a portion of the school, Abello said.

The voters approved the amendment to reduce the total article to $187,367.17.

At the beginning of town meeting, results of the previous day’s election were announced.

A seat on the three-person Edgecomb School Committee went to Murray, who received 24 write-in votes. There were no candidates on the ballot for the seat.

The remaining elected positions were not contested.