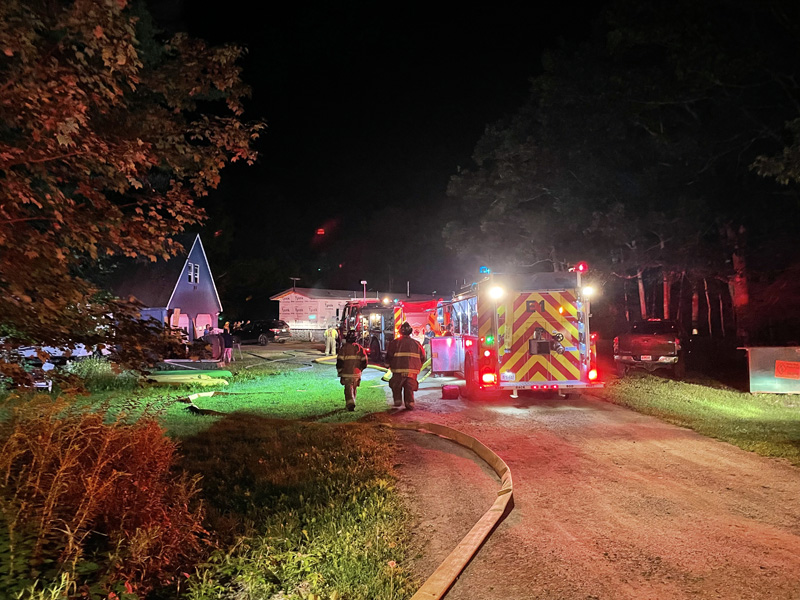 Fire fighters approach the scene of a house fire on Hilton Road in Whitefield, on Friday, Aug. 13. (Raye Leonard photo)

A house fire at 239 Hilton Road resulted in extensive damage beneath the building, but limited damage to the interior on the night of Friday, Aug. 13.

Anne Bishop was inside the home when the fire started, according to Whitefield Fire Chief Scott Higgins. She called 911 shortly after 10 p.m. to report smoke coming from the home’s electrical panel. She escaped without injury.

Anne Bishop lives in the home with her husband, Christopher Bishop, and their two children. They were not home at the time of the fire.

The couple has owned the home, which they were in the middle of renovating, for over 15 years.

Bishop was visibly upset at the scene, and said only that “smoke just started coming out.”

The home was insured, according to Higgins. 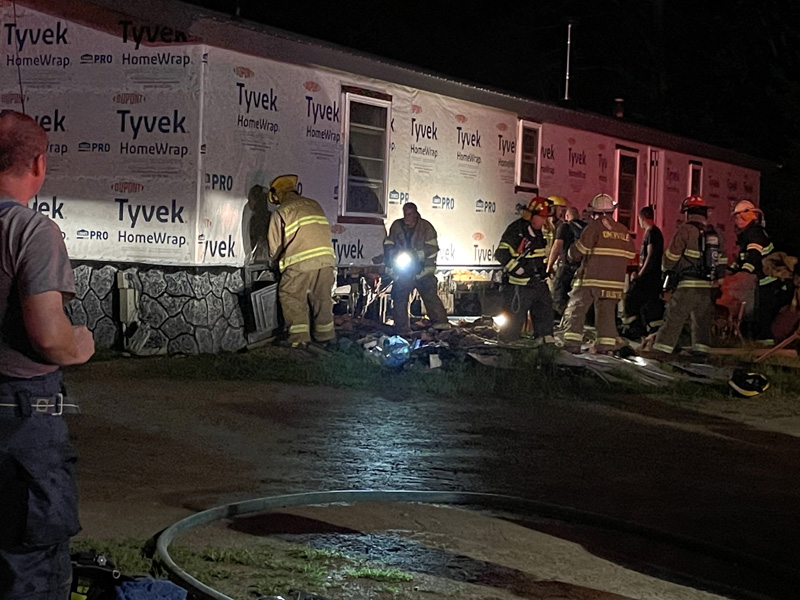 Fire fighters from six area departments peel away foundation material from a home on Hilton Road where a fire was reported Friday, Aug. 13. (Photo by Raye S. Leonard)

By the time first responders arrived, the fire had spread extensively beneath the single-wide mobile home, and smoke filled the interior, spilling out under its eaves, Higgins said.

The fire took approximately 3.5 hours to put out. Higgins said that electrical damage beneath the building was extensive. The interior of the home experienced some smoke damage.

Higgins said that the fire was not suspicious, and the cause seems to be an electrical panel. Beyond uncomfortable heat and humidity, there were no aggravating factors in the fire.