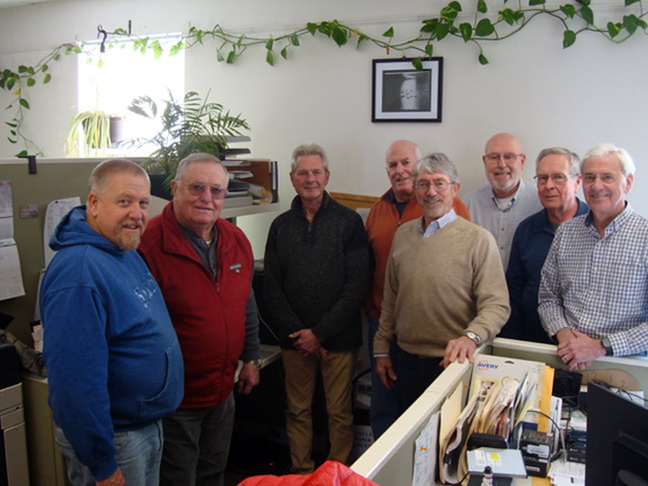 With help from local volunteers, the county’s law enforcement agencies and the Lincoln County Communications Center are offering a new service that involves daily check-ins on disabled and elderly residents.

The service, known as Are You OK? or RUOK, uses software of the same name already in use around Maine and the U.S.

According to a press release from the sheriff’s office, a small group of friends initiated the program.

Mayer had a relative in Arizona whom he would check up on from time to time. She told him that she uses a service that involves her local sheriff’s office making daily calls to her home.

One day it saved her.

“They found her, got her to the hospital, and really saved her life,” Mayer said. “I thought to myself, this is a great idea; we ought to be doing that here.”

Mayer sees the program as a way to give people, such as the disabled, elderly, or others who live alone, a sense of security in their homes.

He shared the idea with the group and they decided to take on the project and make it a reality.

According to Mayer, the group bought the software and donated it to the sheriff’s office, developed and printed informational materials and forms, and volunteered to recruit participants.

The group has been working on getting the program up and running for a year.

“It’s a great initiative brought forward by some concerned community members,” Brackett said. “I think it’s a great partnership between local law enforcement and folks in the community who see a need and are stepping up to do something about it.”

The program work as follows: participants enroll and choose a time they want to receive a call each day. The service is free.

If the participant answers the first call, no further action is taken.

If a few automated calls go unanswered, a designated person is dispatched to the participant’s home to see whether he or she needs assistance.

Participants choose a designated person, such as a friend, relative, or law enforcement officer, to check on them, Mayer said.

When a new participant enrolls, a person will call them every day for about the first week. This helps the participant get used to the program. From about a week on, automated calls will be sent through the RUOK software from the sheriff’s office, Mayer said.

Family members and friends can sign someone up for RUOK; however, Brackett said the individual receiving the calls must be willing to participate or the program will not work.

All information submitted for the program will be confidential.

“I definitely think it will have a positive impact on the community,” Tom Nelson, director of the Lincoln County Communications Center, said. “Our efforts are to reach out to the people that don’t necessarily have a lot of communications with family or others, and this way we can get in touch with them.”

“The baseline of the whole program is to get in touch with people before they have a crisis, or before their safety is at risk,” he said.

Mayer, who was a chief of police in Brunswick, believes the program “shows the positive aspect of law enforcement, which is so important.”