The Colonial Pemaquid State Historic Site in Pemaquid was transported back in time Saturday and Sunday, July 30 and 31 as re-enactors showed visitors what life was like for 17th century Pemaquid during an annual encampment.

The re-enactors were all well-dressed in period clothing for the activities, from artillery demonstrations to basket-weaving to tales of historic events. 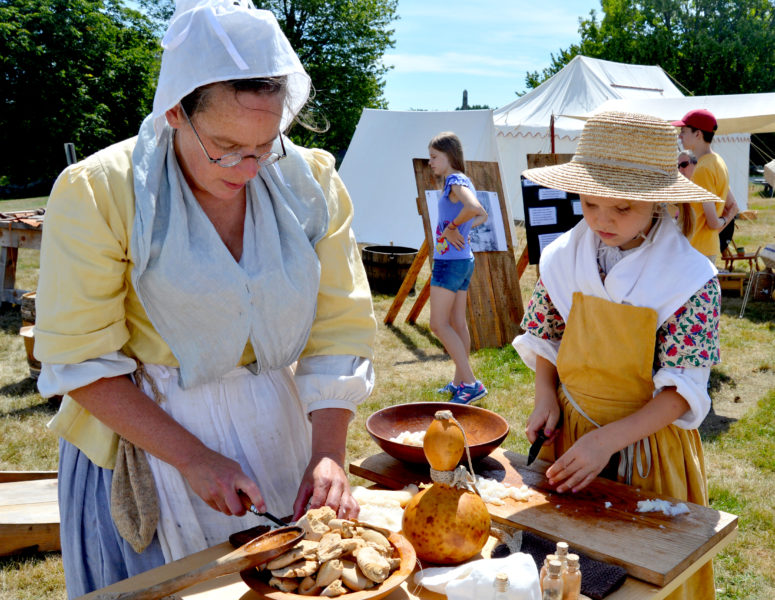 Gustav Konitzky, owner of Pemaquid Beach Boat Works Inc., has been participating in the event since 1999. He said that even though re-enactors come to Pemaquid every year from all over the U.S. and Canada, the network has grown close.

“We are kind of like a big family,” said Konitzky.

The smell of cod and firewood filled the encampment site as re-enactors like Rebecca Manthey and Addie Miller, 7, prepared fish stew with hardtack, a type of biscuit that is “not quite bread, not quite cracker,” according to Manthey.

“Potatoes haven’t showed up in this part of the world yet,” said Manthey, who said that hardtack could be cooked in stew.

“It’s never good, but it never goes bad,” she said, adding it could stay edible for decades.

Manthey said she enjoys encampments for their hands-on approach to learning. 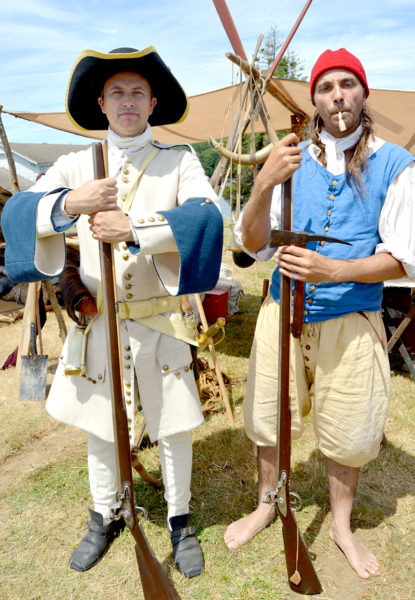 Neil Hamilton, playing the part of a French sailor who participated in the 1696 siege of Pemaquid, said he has been participating in re-enactments since he was 2 weeks old. His father, Ken Hamilton, is a 17th and 18th century Native American historian. Participating with their tent was first-time Pemaquid re-enactor Mario Lacelle, who drove eight hours from Montreal to act as a French ship captain.

“These are all historians and researchers that have assembled these great collections and knowledge,” said Woodman. His second favorite part of the annual Pemaquid encampment is educating visitors “both young and old.”