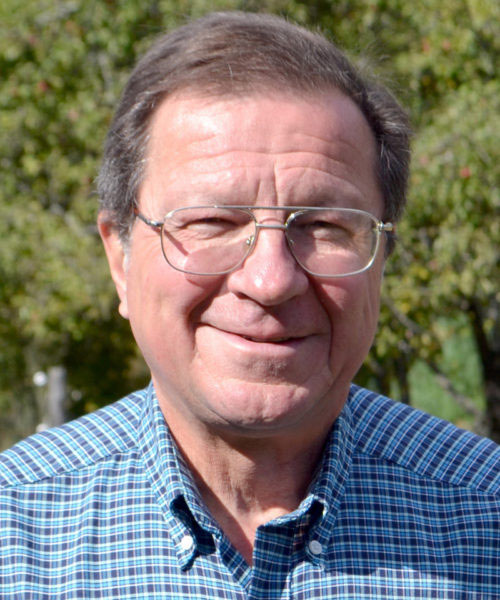 State Rep. Jeffrey Evangelos is sponsoring a bill that aims to end qualified immunity for police officers in Maine, but Lincoln County Sheriff Todd Brackett says such a move could “cripple public safety.”

Qualified immunity shields government officials, like police, from lawsuits unless their actions violate “clearly established” constitutional rules, according to the 1982 U.S. Supreme Court decision in the Harlow v. Fitzgerald case.

L.D. 214, “An Act To Eliminate Qualified Immunity for Police Officers,” is modeled after a bill passed in Colorado last June. Evangelos’ bill would not have an impact on qualified immunity at a federal level, but would eliminate the doctrine in Maine.

Attention to qualified immunity rose last summer amid nationwide protests calling for policing reform. The protests started after footage surfaced of a Minneapolis police officer kneeling on the neck of George Floyd, killing him, in May 2020.

Evangelos, I-Friendship, represents the towns of Friendship, part of Union, Waldoboro, and Washington. He said that qualified immunity has allowed Maine police to violate the civil rights of citizens.

His inspiration for the bill came from a variety of incidents across the state where police used what Evangelos believes was excessive force.

Evangelos, a member of the Legislature’s Judiciary Committee, has long advocated for reform in the justice system.

He cited the case of Michael Grendell, a Dixmont man whom police shot in the face and torso after blowing up his home with a bomb in June 2018, according to a September 2019 article in the Bangor Daily News. Grendell was having a mental health crisis, the article states, and he filed a lawsuit in 2019 claiming that police violated his civil rights by using excessive force against him.

“Maine’s abysmal record of justifying every single police shooting since records have been kept, with a score of 190-0 ruled justified by Maine’s Attorney General’s Office, highlights the need for this critical reform,” Evangelos said. “This legislation will level the playing field, so when our good people are victimized by the unlawful actions of the police, they will now be able to seek redress in the courts.”

Evangelos also talked about the case of Jason Gora, an Auburn man shot and killed by police after allegedly engaging them in an armed confrontation after a welfare check in February.

The Androscoggin County Sheriff’s Office has said Gora was armed, but his family disputes the claim and the sheriff’s office has not said what kind of weapon he had, according to a March 2020 report by WGME.

“The good police officers have nothing to worry about — and the majority of them are good — but there are systemic issues going on,” Evangelos said.

Evangelos said that civilian rule supersedes military and police rule. “They work for us, not the other way around,” he said.

Brackett, the county sheriff and a Democrat, does not support Evangelos’ bill.

“It’s not that I don’t support reform or holding police officers accountable,” Brackett said. “But when you look at qualified immunity, it requires conscious scrutiny.”

On March 3, Brackett wrote a letter to U.S. Sen. Angus King regarding the George Floyd Justice in Policing Act, a federal effort to limit qualified immunity for police.

“If (qualified immunity is) removed, the potential negative impact on law enforcement and local governments will likely be substantial, perhaps to a level I have not seen in my more than 30 years of service,” Brackett said in the letter.

He wrote about a hypothetical scenario in which a deputy responding to an emergency is involved in a car crash on the way, injuring another motorist. The deputy then receives a call that the emergency was a false alarm.

Without qualified immunity, Brackett said, the deputy could be sued by the injured party despite the fact that he was acting within police policy.

“In a time when the national voice is calling for more accountability, transparency, and training in our profession, essentially demanding the bar be raised, I believe the removal of qualified immunity will cripple public safety, making it even more difficult, if not impossible, for my peers and I to find quality individuals to do the job,” Brackett said.