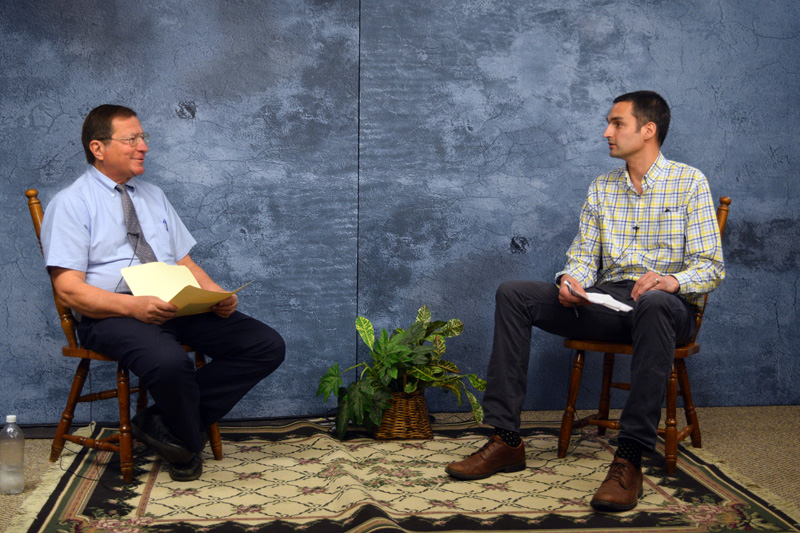 Evangelos is running for reelection to represent Waldoboro, Friendship, Washington, and part of Union. He previously served in the Legislature from 2012-2016. He did not run in 2016.

Evangelos’ opponent, Lowell B. Wallace, R-Waldoboro, declined to take part in the forum.

The forum will be the fourth in a series of nine. The Lincoln County News is hosting the forums in partnership with LCTV. J.W. Oliver, editor of the LCN, is moderating the forums.

Evangelos believes the state’s management of the pandemic was strong at first, but wants Gov. Janet Mills to call the Legislature back into session to work with her on collaborative decisions.

He said the attack ads between U.S. Sen. Susan Collins and her challenger, Maine Speaker of the House Sara Gideon, represent “a new low in Maine politics.” For his own campaign, he prefers to just list information about himself and his positions.

“Before it became fashionable in this country to bring up the difficult topic of police shootings, I’ve raised that issue here,” Evangelos said.

He highlighted the case of Gregori Jackson, a Whitefield 18-year-old who was fatally shot by a Waldoboro reserve officer in 2007. Evangelos said the reserve officer, Zachary Curtis, was inexperienced and inadequately trained.

“Law enforcement officer shootings (should) receive independent oversight and independent investigation,” Evangelos said. “If unarmed people are being gunned down by the police, those officers are going to be held accountable.”

Evangelos is an independent, but agrees with each major party on some issues. He said he leans fiscally conservative and is a staunch supporter of the Second Amendment, but is also a supporter of equal rights for all people.

Evangelos is proud of his 100% attendance rate in the Legislature. “You took the decision to represent your people, so consequently, in order to govern, you have to be there for them,” he said.

The forum will air on LCTV and at lctv.org.