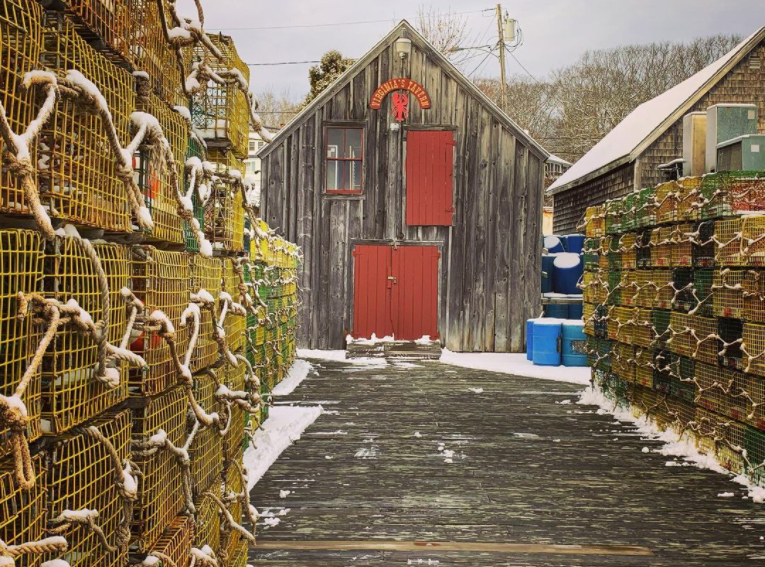 Betsey Dalbeck’s photo of a snowy dock and lobster traps in New Harbor received the most reader votes to win the January #LCNme365 photo contest. Dalbeck will receive a $50 gift certificate from Rising Tide Co-op, of Damariscotta, the sponsor of this month’s contest, as well as a canvas print of their photo courtesy of Mail It 4 U in Newcastle.

Dalbeck, founder and CEO of the strategy consulting and executive coaching firm Fresh Tracks, snapped the photo with her iPhone in New Harbor during a recent weekend visit.

“I walked over to see the harbor and turned to see how the lobster traps framed the building,” Dalbeck said. “I just thought the yellow of the traps and the gray and red of the building was a nice compliment.” 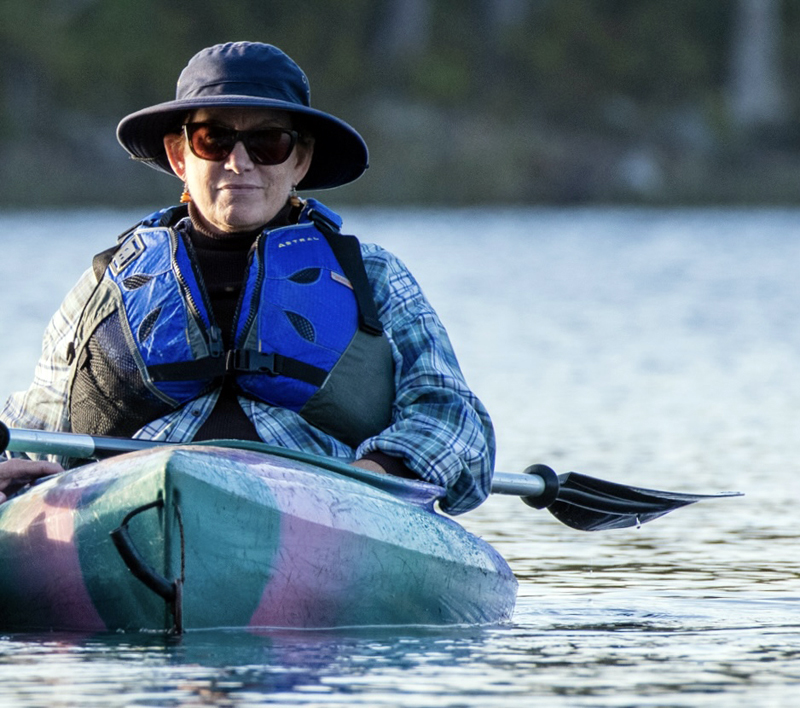 In addition to having her photo featured on the front page of Jan. 27 edition of The Lincoln County News, Dalbeck will receive a $50 gift certificate from Rising Tide Co-op, of Damariscotta. She will also receive a canvas print of her photo, courtesy of Mail It 4 U, of Newcastle.

As the first monthly winner, Dalbeck cannot win another weekly or monthly contest in 2022, but she can still submit photos for inclusion in the weekly slideshow of entries at lcnme.com.

Dalbeck’s photo will compete against the other 11 monthly winners at the end of the year as voters select the winner for 2022.

Submissions are now being accepted for the February #LCNme365 contest. The winner will receive a $50 gift certificate from Ames True Value, the sponsor of the February contest. For full rules and means of entry, go to lcnme.com/photo-contest.