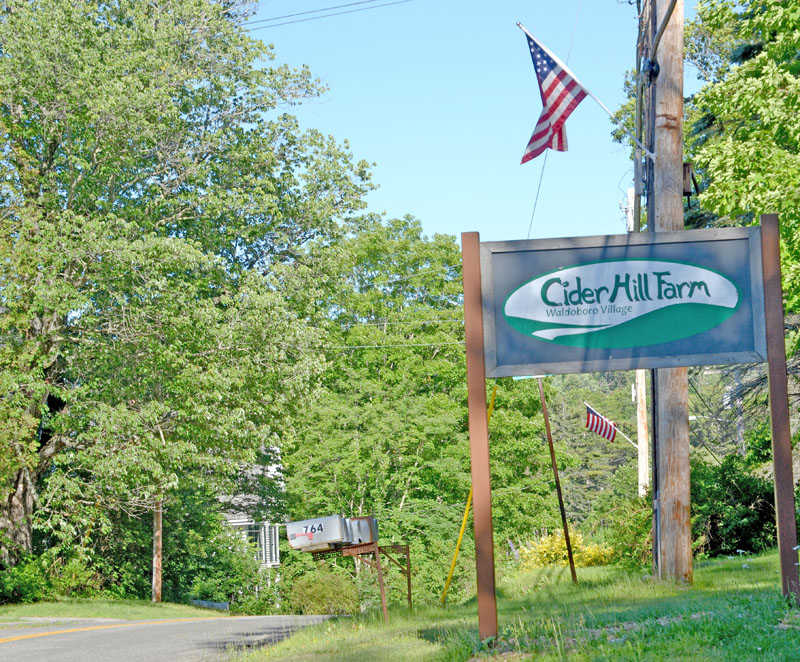 The Waldoboro Planning Board got its first look at a proposal for a farm stand and wellness store at Cider Hill Farm, near downtown Waldoboro, Wednesday, June 13.

Due to an issue with notice requirements, Max Johnstone, of the Midcoast Economic Development District, recommended that the board take no action on the application June 13. The board will discuss the application again during its next meeting, which will take place at the town office at 6 p.m., Wednesday, June 27.

Renee Grover is the applicant for the project at the 785 Main St. property. She also owns Barstow Farms, a “small-scale hobby farm,” according to her application.

Grover said she envisions Barstow Farms Country Store as “a typical, old-fashioned country store” with a cheese wheel on the counter and a barrel of pickles in the corner. The store would carry some of Barstow Farms’ meat as well as other produce and farm products.

The farm store would have a small commercial kitchen that would produce items such as biscuits and bread, as well as a daily hot meal.

According to Grover’s application, the store would tentatively be open Monday-Friday from 10:30 a.m. to no later than 7 p.m. The hours could change seasonally.

In the wellness store, Rising Sea Medicinals, Grover said she plans to offer homemade soaps, lotions, honeys, and teas, among other items. Grover and her boyfriend are medical marijuana caregivers, and would meet with medical marijuana patients for consultations in a private office.

Neither the signage nor the name of the wellness shop will have anything to do with medical marijuana, Grover said.

No products containing THC, the psychoactive component of marijuana, will be on the retail floor space or will be left in the building overnight, according to Grover’s application.

The hours of operation for the wellness store are under consideration, with a tentative schedule of Tuesday-Saturday from 11 a.m. to no later than 7 p.m., according to the application. The hours could change seasonally.

Grover said both businesses would comply with the Waldoboro Land Use Ordinance and its requirements for lighting and noise control.

According to Grover’s application, she will lease the space from the farm’s owners if the planning board approves her application.

Mark Berger, of Pine Street, said the two businesses would “compound the use of the property” and expressed concern that it would “change the nature of the neighborhood with commercial traffic.” Another neighbor echoed Berger’s concerns about traffic.

Melinda Bassett, of Warren, said it would be nice to have a place for “one-stop shopping” in Waldoboro. “It’s all about local and the more local you can get, the better,” Bassett said.