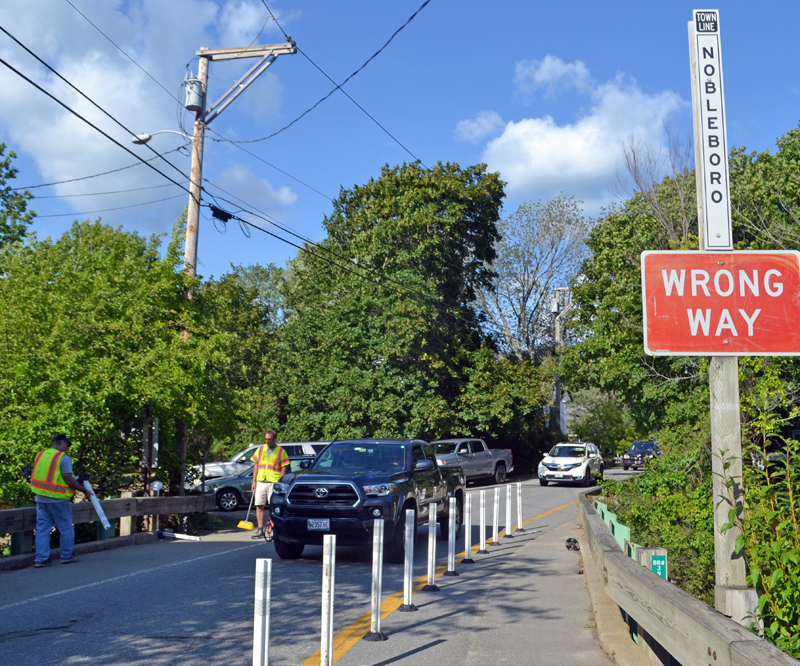 A year after a representative from the Maine Department of Transportation visited Newcastle and Nobleboro to discuss the installation of seasonal speed bumps in Damariscotta Mills, the selectmen of both towns decided to move forward with a traffic-calming measure of their own. 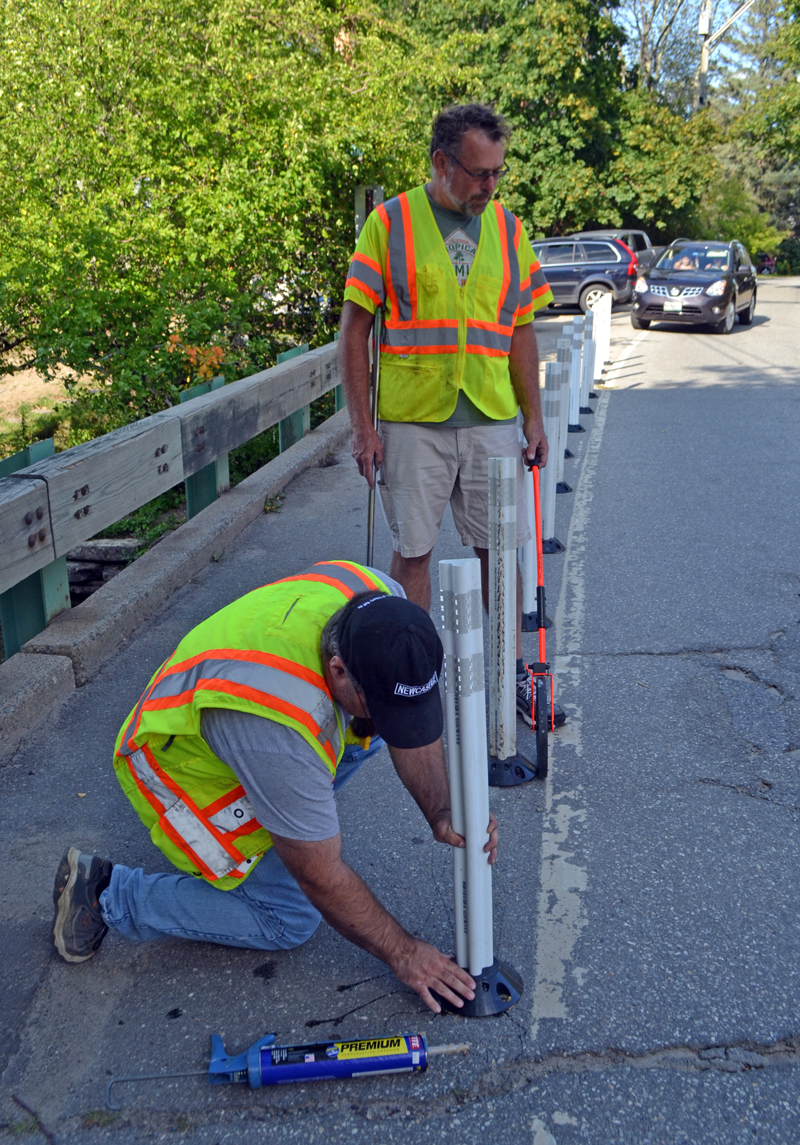 The posts create a pedestrian walkway on both sides of the bridge while maintaining a 12-foot roadway, Reynolds said.

The installation of the bollards follows DOT Traffic Engineer Dave Allen’s visits to the Newcastle and Nobleboro boards of selectmen in August 2016 to discuss the department’s proposal to purchase and install seasonal speed bumps and signage for the purpose of slowing vehicles in an area with high pedestrian traffic, particularly due to the village’s swimming hole.

Both boards unanimously approved the plan, but the Nobleboro Board of Selectmen reversed its decision after receiving feedback from residents.

As a result, the DOT decided not to install speed bumps in Newcastle either, saying the bumps would need to be a two-town solution.

After the DOT’s decision, both the Newcastle and Nobleboro selectmen sought other traffic-calming solutions for the area. During the Newcastle board’s meeting July 24, Frey suggested the temporary installation of the bollards, an idea the other selectmen endorsed.

Frey then visited the Nobleboro Board of Selectmen to gain its approval. The DOT also approved the plan, as the state owns and maintains Route 215; and the Lincoln County Sheriff’s Office signed off as well.

The bollards will likely remain in place until Columbus Day, but could stay longer if residents want them to, Frey said.

The town asks anyone with feedback about the bollards to contact Frey or Reynolds through the Newcastle town office at 563-3441.