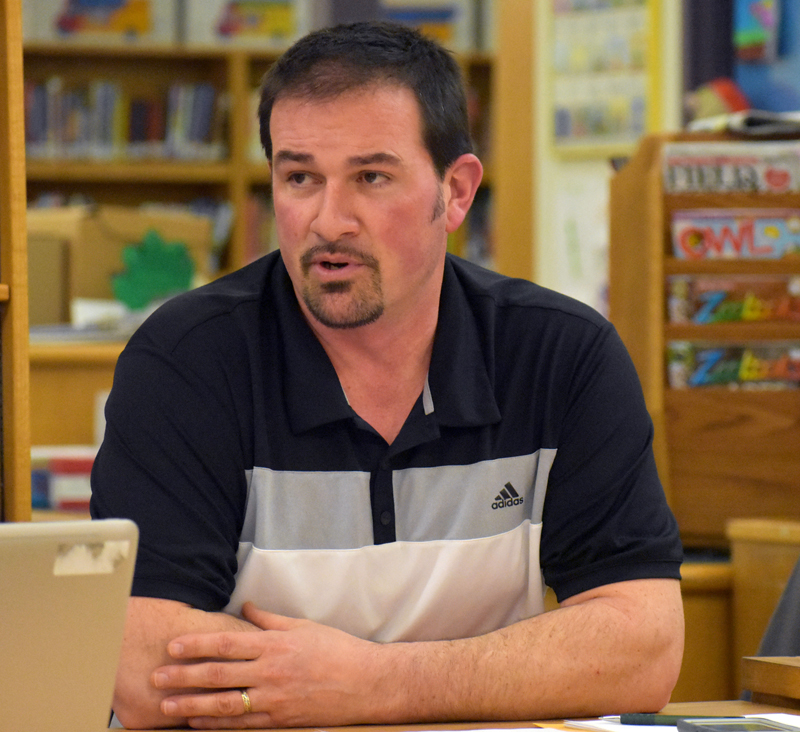 Josh Hatch, of Nobleboro, during an AOS 93 Board meeting in March 2018. After five consecutive three-year terms on the Nobleboro School Committee, Hatch did not seek reelection this year. (LCN file photo)

During his 15 years on the Nobleboro School Committee, Josh Hatch helped with the formation of the Central Lincoln County School System, or AOS 93, the hiring of three superintendents, and saw the district through a reboot of its relationship with Lincoln Academy.

During an interview on May 6, Hatch said he did not run for reelection this year as he no longer has kids in the school system. He urged other residents to step up and give back.

Hatch sees himself as an average Joe who merely did a little bit for a long time to help his community. He said he never won a contested election during his five terms on the Nobleboro School Committee and that town committees are always looking for people to serve.

Hatch first learned about a vacancy on the school board in 2006 from his mail carrier, Bruce Hartford, who was then chair of the Nobleboro School Committee.

After two years on the board and a few other members’ departures, Hatch suddenly found himself as the most senior board member and was voted chair of the board.

“I didn’t know the first thing about town government at that point. I think everyone would get a greater appreciation for all the stuff our schools and towns provide if they had just sat in for one term,” Hatch said.

Hatch recognizes the importance of the work overseeing the education of students and particularly in approving a school budget that takes up a large portion of each individual town’s expenses for the year.

“You have to make sure that the people who are running the school have your trust and have their priorities straight, in terms of educating these kids to the best of our ability and using every dollar to its maximum potential,” Hatch said.

After a school consolidation law was passed by the Maine Legislature in 2007, the district, what was then known as Union 74, formed a regional planning committee to see how it could change its structure as little as possible while still conforming to state mandates.

Hatch served on that committee and said that the general consensus was that Union 74 did not want to become a regional school unit, or RSU, because it would have created one 25-member board and the local towns would have had to transfer their schools to the RSU.

So the committee looked to form an alternative organizational structure, or AOS, which allowed the towns to keep their schools and school committees while also sharing more costs and a single superintendent.

“People around here care about their schools. And we weren’t going to be told by a larger entity that ‘you’re doing this, you’re doing that,’ in our town,” Hatch said.

AOS 93 now includes seven towns — Bremen, Bristol, Damariscotta, Jefferson, Newcastle, Nobleboro, and South Bristol — with five elementary schools. After the formation of AOS 93, Hatch continued to serve as Nobleboro’s representative on that board and chaired it until his last meeting on March 9.

During the meeting Superintendent Craig Jurgensen and other members of the AOS 93 board praised Hatch’s years of service and his dedicated and steady leadership.

Hatch said he has served on numerous hiring committees, including the hiring of three superintendents. 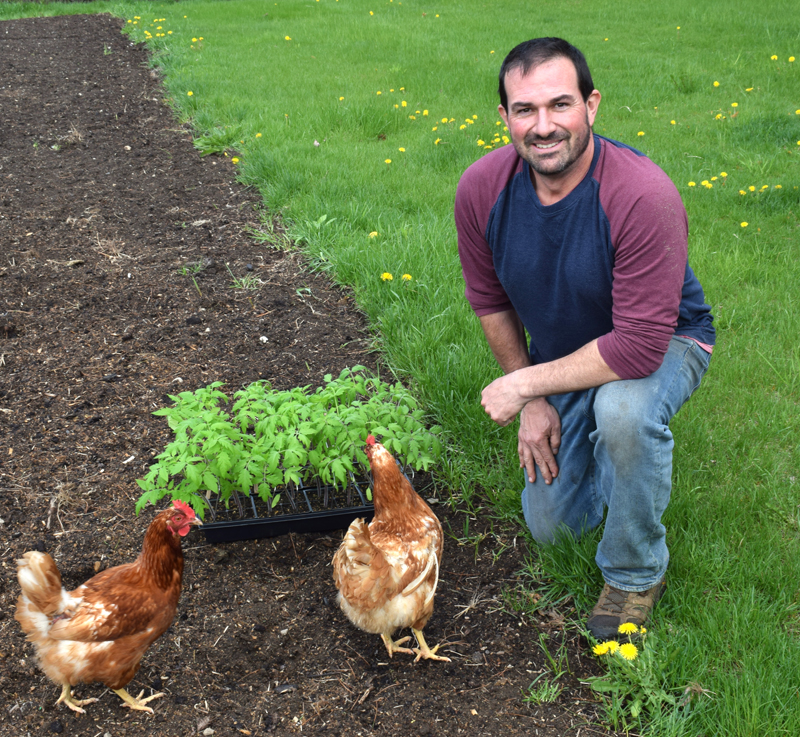 Josh Hatch poses in his garden with the chickens that he raises on his property in Nobleboro on May 6. Hatch did not seek reelection to the Nobleboro School Committee this year after 15 consecutive years of service. (Evan Houk photo)

Hatch ran for his final term on the school committee in 2018 to see AOS 93 through its reevaluation of its relationship with Newcastle’s Lincoln Academy, where the majority of AOS 93 students attend high school.

He said that because LA is a semi-private school and its board meetings are not open to the public, the AOS 93 board sought to create a better working relationship with the school, and he thinks the effort largely succeeded.

“We feel that the best outcome for our kids will happen the closer we work with Lincoln,” Hatch said.

Hatch has also coached basketball for Nobleboro Central School and for a summer league at LA. He said he would like to “circle back” to coaching and that he loves working with kids.

“There’s a lot of life lessons that you can teach kids through coaching. Hard work and the fact that ‘you did this, here’s the result,’” Hatch said.

Hatch was born in Massachusetts, lived in New Hampshire for a time, then moved to the village of Sheepscot in Newcastle with his family when he was 12, becoming a product of the Great Salt Bay Community School and a graduate of LA. He said his family in Massachusetts dates back to the 1640s, giving him a swift reply to anyone who may label him “from away.”

For several summers Hatch returned to Massachusetts to work on his grandparents’ farm, where he developed a life-long love of the outdoors.

“It taught me hard work. You work at something and you’ll see the fruits of that,” Hatch said.

Hatch has worked in landscaping since high school and currently runs his own company, The Earthscaper, mostly by himself with some help from high school students in the summer. He enjoys spending his free time outside working on projects or gardening, saying he “pretty much lives outside.”

Hatch said accountability and responsibility are keys to success in any arena and he used those as guiding principles during his work on the Nobleboro School Committee.

“And accountability is not just in schools. It’s in business, it’s in life. You’ve got to hold yourself accountable and the people around you accountable. And it’s hard to do sometimes. But once you have that, it’s hard for things to go wrong,” Hatch said.