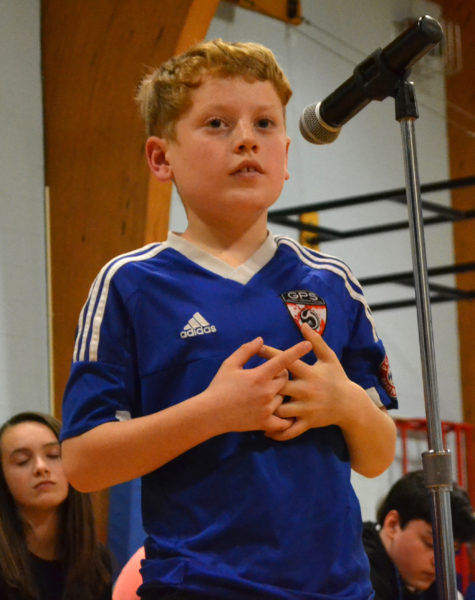 The spelling bee began the day before, with Houghton one of 12 students in grades five through eight competing for the title. The bee took place in the GSB gym in front of the competitors’ classmates and parents.

GSB sixth-grade teacher Liz Norton moderated the bee. Norton read and used each word in a sentence before asking the student to spell it. Students were asked to spell words that included banana, invisible, and fuddy-duddy.

Students were eliminated when they incorrectly spelled a word. The field gradually dwindled to Houghton and seventh-graders Cedar Cannon and Julia Palmer, but the school day came to an end before a winner could be declared. 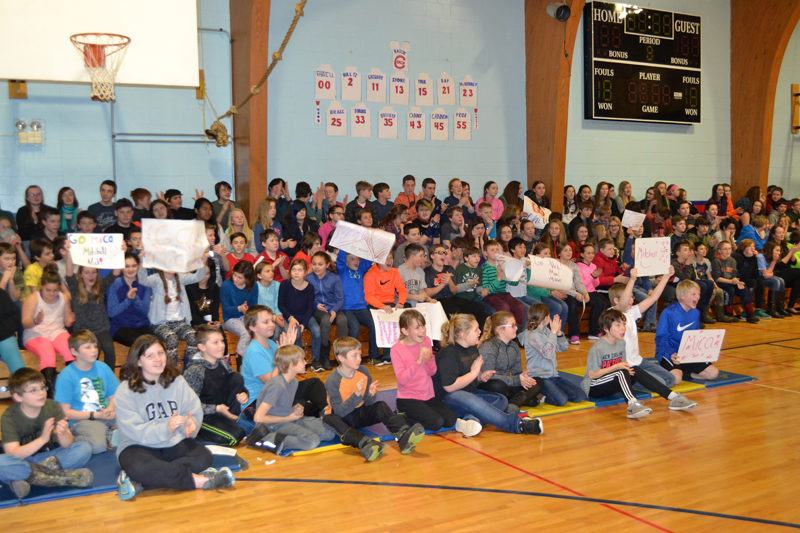 Houghton, Cannon, and Palmer completed the bee the following day, with Houghton emerging as the victor, Cannon the runner-up, and Palmer taking third place.

Houghton and Cannon will go on to compete in the Lincoln County Spelling Bee, which will take place at Bristol Consolidated School at 4 p.m., Tuesday, Feb. 7.