An electrical fire at a Boothbay Harbor apartment building early Saturday, May 18 displaced seven people, but all escaped the building safely.

State Rep. Holly Stover, of Boothbay, and the American Red Cross are working with the residents to secure temporary housing.

Five male and two female residents were in apartments at 23 Pear St. when the fire started, Boothbay Harbor Fire Chief Nick Upham said. No one had to be taken to the hospital, although one person in the apartment where the fire started had symptoms of smoke inhalation.

The identities of the tenants were not immediately available. Boothbay Harbor tax records list Nora E. Myshrall as the owner.

The majority of the fire damage was limited to the ceilings and interior walls near the front door of the building. There is smoke damage throughout the building. However, Upham said the building is salvageable.

Officer Johnny Braley, of the Boothbay Harbor Police Department, was first to arrive on scene, Upham said. When Braley arrived, he climbed a ladder to wake up a family on the second floor of the building and tell them to evacuate.

Firefighters arrived soon after and doused the flames. “It was a good, quick save. We were able to knock the fire down really quickly when we arrived on scene … especially at 3 o’clock in the morning,” Upham said.

Six cats were in the building. Upham said four were rescued and two more got out on their own.

The owner has insurance on the building.

The first call to the Lincoln County Communications Center was at 3:12 a.m. and firefighters cleared the scene by about 5:30 a.m., Upham said. 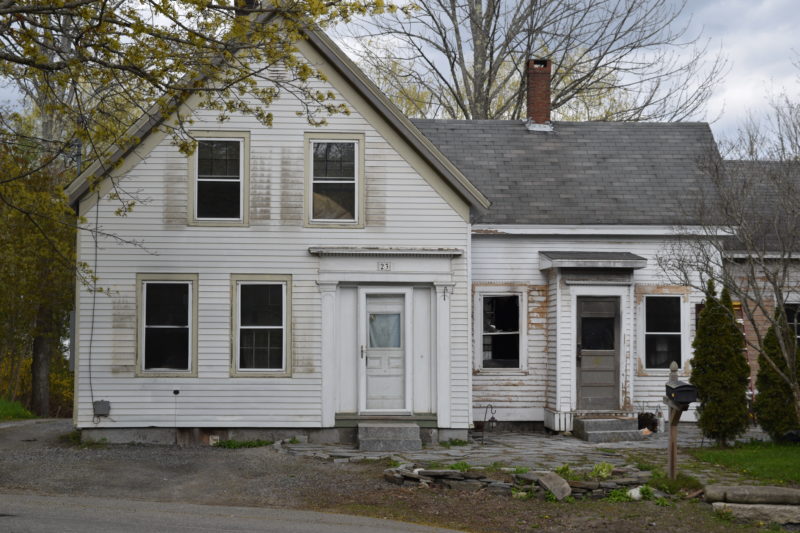