A fire broke out in a prefabricated metal outbuilding at 30 Hillside Lane, in the Coopers Mills area of Whitefield, the afternoon of New Year’s Eve. 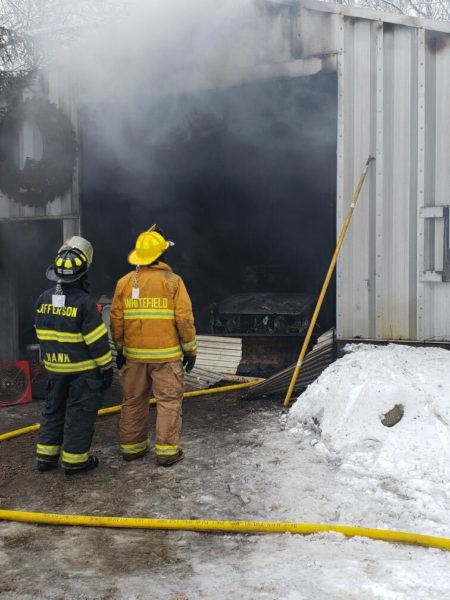 A Jefferson firefighter and a Whitefield firefighter look on as smoke wafts out of a metal outbuilding at 30 Hillside Lane in Whitefield the afternoon of New Year’s Eve. (Jessica Clifford photo)

Gardner Paetow, 26, of Whitefield, lives in another building on the property and uses the metal building as a garage for his plow truck, as storage for welding equipment and ceramics supplies, and as a studio.

“I was plowing the driveway and I put (the truck) in my art studio and shut the door. I went to start my car and leave the property and I saw smoke coming out of the top here,” Paetow said. He reported the fire.

There were no injuries, according to Whitefield Fire Chief Scott Higgins. He did not know the cause of the fire.

The narrow driveway and the snow made it difficult for fire trucks to approach the building. The driveway had to be plowed again, Higgins said.

Firefighters could not gain access to the building and used a saw to cut away the slide-up door, Higgins said. He estimated the size of the building at 30 by 60 feet.

Higgins did not have information about the extent of damage, because he had yet to look inside the building for himself. The metal structure was intact, although burn marks were visible.

The plow truck is no longer usable, Paetow said. He does not think he has insurance on the building.

“The welding stuff is metal, so I suppose that hasn’t burned, but other than that I’m pretty much looking at a total redo,” he said.

“This is probably going to take a lot of time and money,” he added. 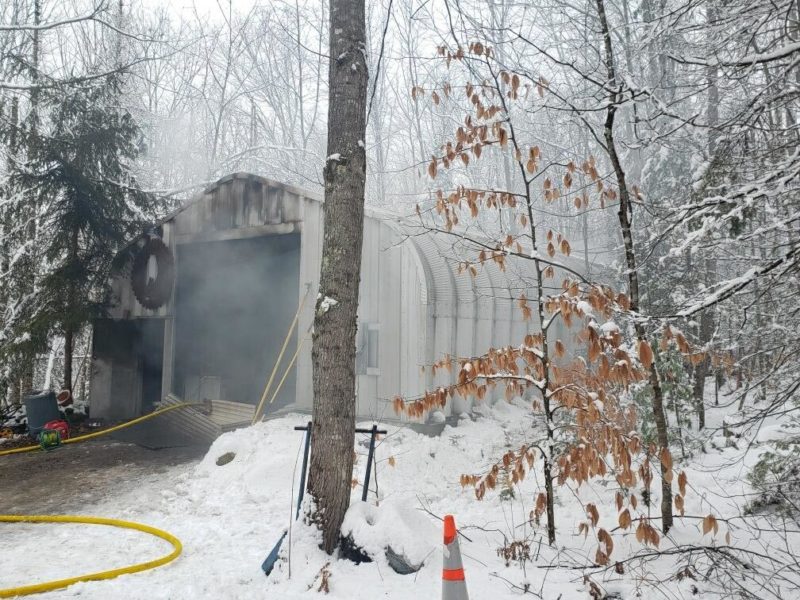 The property has been in Paetow’s family for about 25 years. Paetow said his father previously used the building as his blacksmith’s workshop.

“It was a great place to keep all the things I loved,” he said.

The Whitefield, Alna, Jefferson, and Somerville fire departments responded, as well as Delta Ambulance. The Windsor Fire Department was standing by its station. Central Maine Power Co. responded to turn off power to the building. 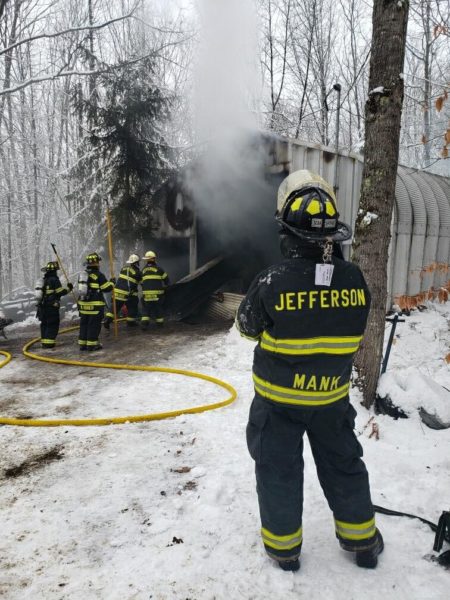 A Jefferson firefighter looks on as other firefighters pull away the sliding door of a metal building at 30 Hillside Lane in Whitefield. The firefighters cut the door away to gain access to the building. (Jessica Clifford photo)