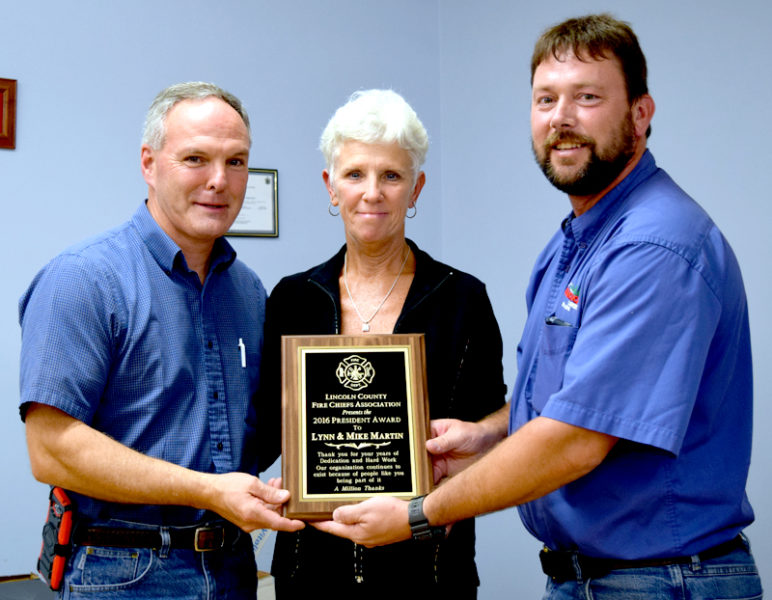 “When no others wanted to do the jobs, she took on the extra work to help the association,” Kimball said in his nomination letter. “She helped keep correct and accurate records, which is not always easy to do. She chases down money owed to us, which doesn’t always make her the most popular person, but (it is) a job she does nonetheless.”

The Martins, of Southport, also make up the association’s fundraising committee.

“Whether it be selling hot dogs at the car show or selling tickets for heating oil or a Disney trip, they worked diligently to achieve the most money they could for the association,” Kimball said. Mike Martin also runs the 50-50 raffle at association meetings.

Mike Martin was Nobleboro’s fire chief for 12 years, stepping down at the end of 2009. He received the association’s Bob Maxcy Lifetime Achievement Award the next year.

Lynn Martin, a former Lincoln County commissioner, works as a consultant for fire departments through her business, Fire Service Compliancy Associates. She received the association’s Citizen of the Year Award in 2010.

Kimball presented the award during the association’s annual lobster bake and awards ceremony at the South Bristol Fire Department.