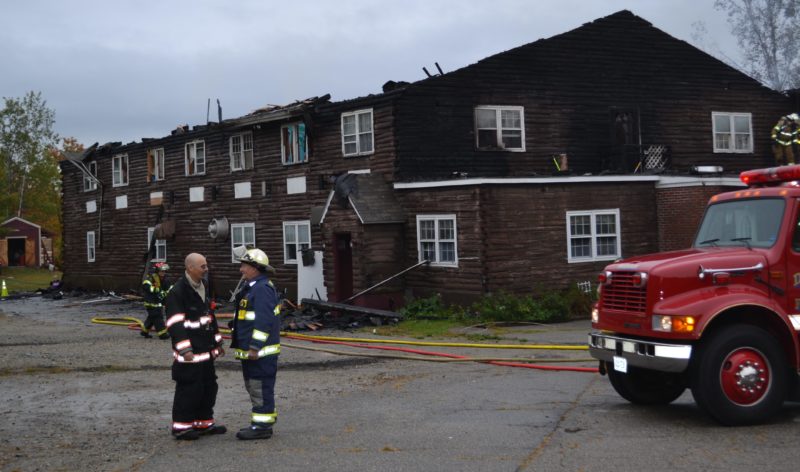 The Maine State Fire Marshal’s Office has ruled the fire that severely damaged a transitional housing center in Dresden in the early hours of Sunday, Oct. 2 accidental. Thirteen residents were displaced as a result of the fire at the Freedom Center, at 633 Gardiner Road (Route 27) in Dresden, which provided temporary housing to individuals in recovery.

The fire, which was reported at about 3:30 a.m. Sunday, originated in the back of the building, which was both the electrical entrance to the building and the designated smoking area for residents, said Sgt. Ken Grimes, of the State Fire Marshal’s Office.

An electrical engineer joined investigators from the fire marshal’s office Tuesday, Oct. 4 to assist in determining the cause of the fire. The investigation concluded the electrical system was not the cause, Grimes said.

“At this particular point we cannot rule out careless disposal of smoking materials” as the cause of the fire, Grimes said. While it would be difficult to definitively prove smoking was the cause without someone admitting to it, or witnessing it, the fire marshal’s office has ruled the fire accidental, and has largely concluded its investigation, Grimes said. 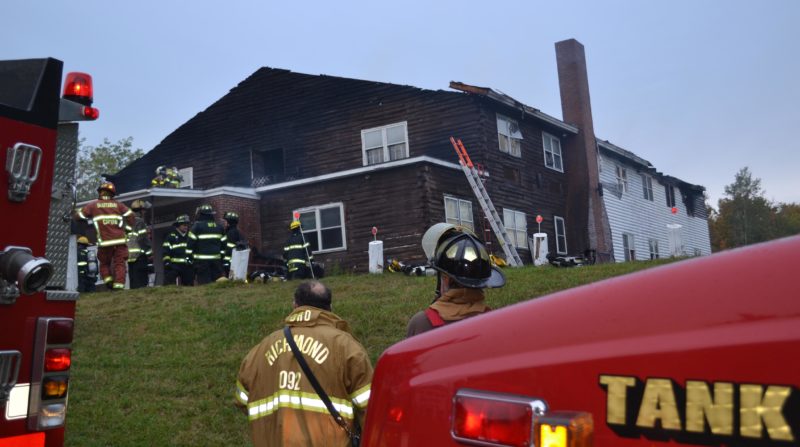 A dozen area fire departments aided in the effort to fight the fire at the Freedom Center on Oct. 2, as the American Red Cross worked to secure temporary shelter for those displaced by the fire.

The Freedom Center was the temporary home of 12 individuals in recovery and the primary residence of Executive Director Jan Burns at the time of the blaze, Assistant Director Keven Vachon said.

All residents made it safely out of the building and were being provided temporary shelter in Augusta through the Red Cross, Vachon said. Burns’ dog was lost in the fire, he said.

When firefighters arrived on scene, the fire was consuming the back wall and the roof of the building, Dresden Fire Chief Steve Lilly said.

For nearly 45 minutes after the fire was reported, it was unclear if all residents had safely exited the building, Lilly said. Two interior attack teams, composed of four firefighters each, entered the building to conduct a search as the fire burned through the attic, he said.

The number of residents at the Freedom Center is always fluid, Vachon said.

Firefighters were reportedly able to salvage some of the residents’ belongings, such as medications and car keys.

The interior attack teams were withdrawn from the building when the roof became unstable, Lilly said. The roof later collapsed into the building, he said. It took about two hours for firefighters to extinguish the flames, but the initial phase of the fire marshal’s investigation and the overhaul of the building lasted long into the afternoon, he said.

Initial firefighting efforts were hampered by the lack of available water at the scene, a problem which was solved once mutual aid partners arrived, Lilly said. 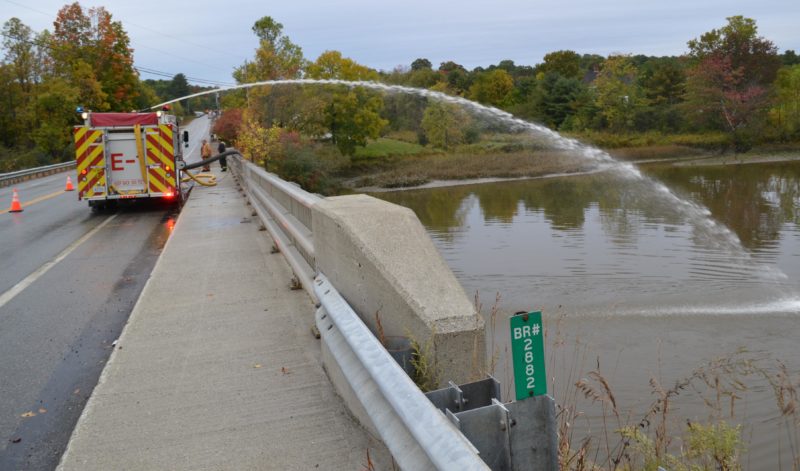 “I can’t thank everyone enough,” Lilly said. “We all worked so well together.”

The Dresden Board of Selectmen prepared a letter to express their gratitude to the Dresden Fire Department and all area departments that responded to the scene, which selectmen said they will send to each department. “We’re lucky to have you,” First Selectman Dale Hinote said.

A section of Route 27, between Route 127 and Route 128, was closed throughout the morning as officials worked on scene. The Lincoln County Sheriff’s Office, Maine State Police, and officials from the Maine Department of Transportation helped direct traffic to alternate routes.

For the past two years, The Freedom Center has offered private rooms with private bathrooms to individuals in transition, Vachon said. While not a professional counseling program, The Freedom Center provided housing and community support, he said. “We provided some friendship and some comfort,” he said.

The center had to consistently turn people away due to lack of space, Vachon said. The displaced residents have shelter for a couple of nights, but Vachon expressed concern about their ability to find housing, with other transitional housing programs in the region filled to capacity.

The building was insured, Vachon said. “The Freedom Center will come back somehow,” he said.