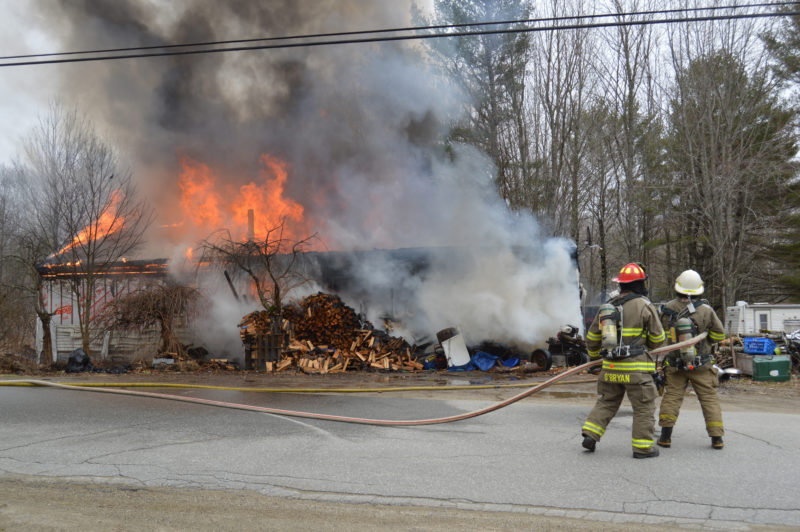 Area firefighters respond to a house fire on Lessner Road in Damariscotta on Thursday, April 7. A malfunction of a monitor heater in the home is believed to have started the fire, Damariscotta Fire Chief John Roberts said. (Maia Zewert photo)

A fire destroyed a house at 98 Lessner Road in Damariscotta on Thursday morning, April 7.

Two cockatiels and a newborn lamb died in the fire. The homeowner was transported to the hospital to be treated for smoke inhalation and did not have insurance on the home, according to his daughter. 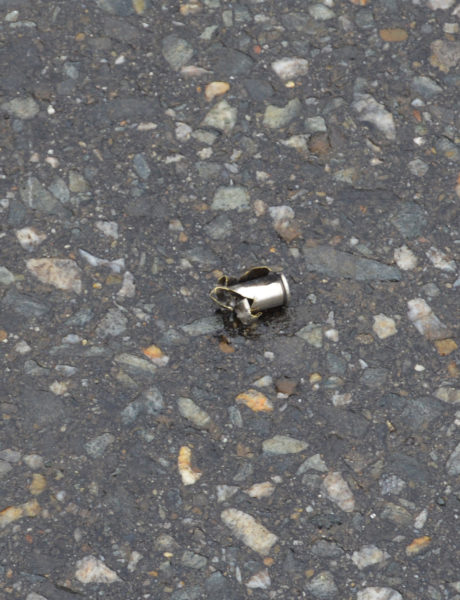 Damariscotta Fire Chief John Roberts said hundreds of rounds of ammunition were inside the Lessner Road house that was destroyed in a fire Thursday, April 7. (Maia Zewert photo)

Crews immediately began an attack on the fire, but were presented with some challenges, Roberts said. Hundreds of rounds of ammunition inside the home were going off during the fire, Roberts said.

Central Maine Power Co. shut down power in the area. The departments had to draw water from two difference sources to combat the fire, Roberts said.

The fire departments cleared the scene Thursday afternoon. Roberts said more than 50 firefighters responded, either to the scene or to provide station coverage. He said he is grateful for all the assistance.

“I’m proud to work with such a great group of guys, and that we can all come together and keep our communities safe,” Roberts said. “We were all able to stay safe with all the hazards and work well together to get the job done.”

Roberts visited the scene with a representative of the Maine State Fire Marshal’s Office Thursday afternoon. The fire was determined to be accidental. A malfunction of a monitor heater in the home is believed to have started the fire, Roberts said. 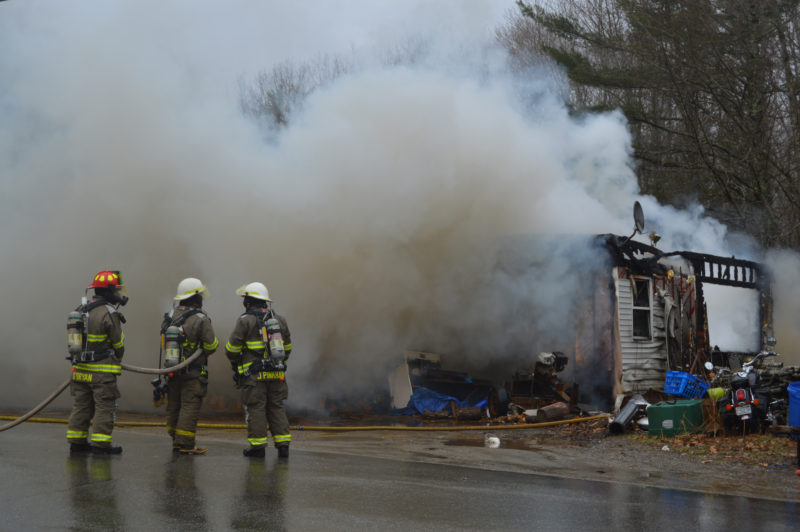 Firefighters work at the scene of a house fire on Lessner Road in Damariscotta on Thursday, April 7. (Maia Zewert photo)

The homeowner, Milton Tibbetts, was not home when the fire started. Tibbetts returned to the house after receiving a call from a neighbor who said there was black smoke coming out of the front door, according to his daughter, Stacy Lash Bettencourt.

By the time Tibbetts made it back to the home, the picture window in the front of the home had been blown out, Lash Bettencourt said. 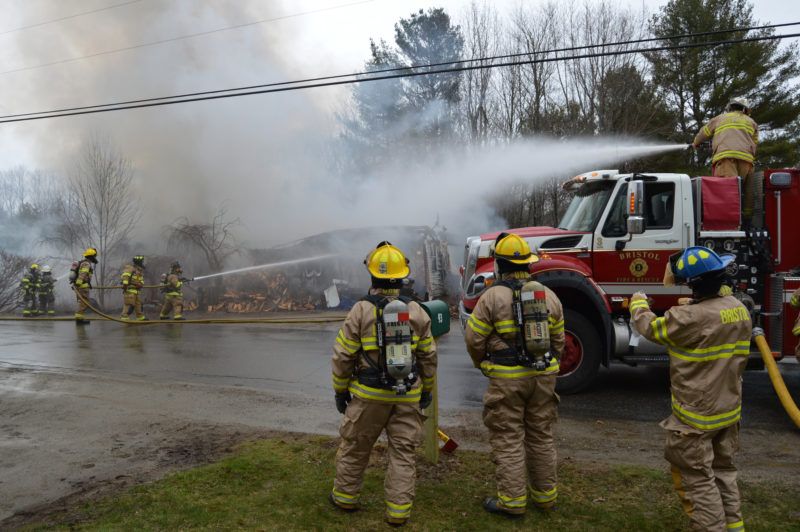 Firefighters from Damariscotta and Bristol work to extinguish a house fire on Lessner Road in Damariscotta on Thursday, April 7. (Maia Zewert photo)

Tibbetts lost everything he owned in the fire, she said.

A page on GoFundMe, a fundraising website, has been set up to help Tibbetts rebuild his home. Donations are also being accepted for the Milton Tibbetts Relief Fund at The First National Bank.

“He currently only has the clothes on his back,” Lash Bettencourt said. “The goal is to make sure he has clothing and shelter, and is able to live independently again.”

Lash Bettencourt said her father is grateful for all the emotional support he has received from the community.

“People have been calling and messaging with words of encouragement, and it’s brought us to tears,” Lash Bettencourt said. “He doesn’t know how to express how grateful he is for all of the kindness and generosity of everyone. It has really helped to brighten his day.”

A potluck dinner and silent auction for Tibbetts will take place at The American Legion Wells-Hussey Post 42 in Damariscotta at 4 p.m., Saturday, April 30. 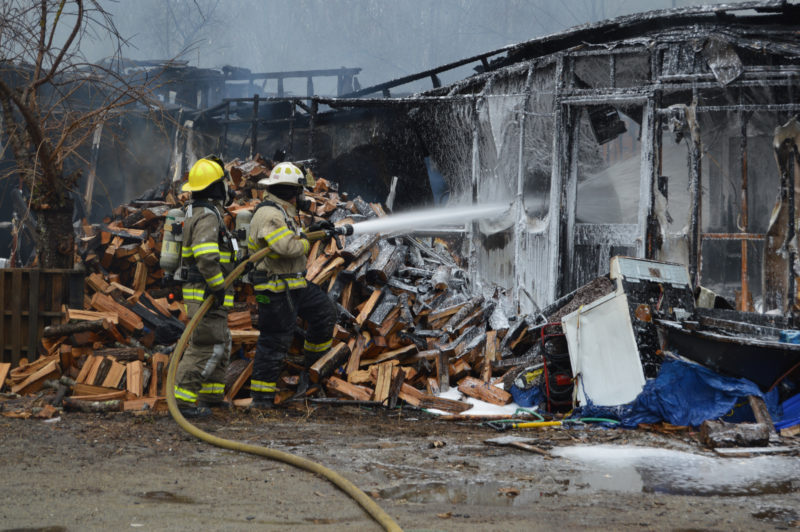 Firefighters use foam to suppress remaining hot spots after a fire destroyed a house on Lessner Road in Damariscotta. The fire has been ruled accidental by the Maine State Fire Marshal’s Office. (Maia Zewert photo)