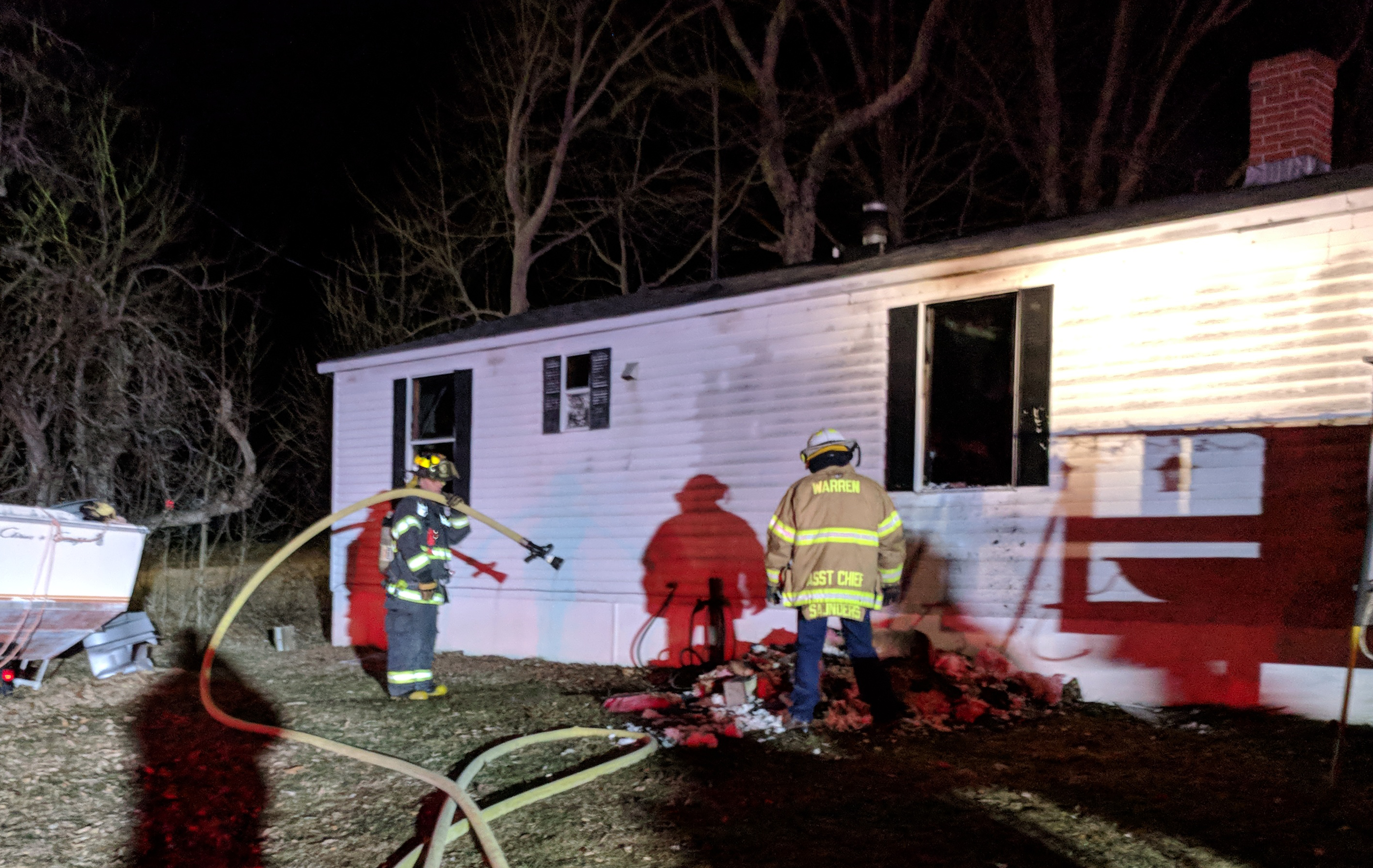 Firefighters on the scene of a structure fire in Waldoboro during the evening of Tuesday, April 2. (Alexander Violo photo)

Fire caused significant damage to a mobile home at 1384 Old Route 1 in Waldoboro the evening of Tuesday, April 2.

Waldoboro Fire Chief Paul Smeltzer said the fire department was dispatched for a chimney fire, but while en route, received reports of a structure fire.

Smeltzer said one room of the home received extensive damage, with other rooms experiencing significant heat and smoke damage.

Smeltzer said flames were visible inside the home when the first crews arrived.

“The fire appears to have self-vented out the side window, at which point flames became visible outside of the building,” he said.

Smeltzer said fire crews started with an exterior attack, with a group ready at the door, once things cooled down inside, to make entry and continue working to extinguish the fire.

According to Smeltzer, firefighting efforts were started with one truck from Waldoboro. A vehicle from Warren showed up next and supplied water to the scene.

Also responding to the scene were crews from the Cushing, Friendship, and Warren fire departments, in addition to units from Waldoboro Emergency Medical Services and the Waldoboro Police Department.