The man who had been living in the home recently died, according to Dresden Fire Chief Steve Lilly. He did not know the man’s name.

Lilly did not know whether anyone was in the home when the fire started or who reported the fire.

He cut short a phone interview to speak with the Maine State Fire Marshal’s Office, which had arrived at the home to investigate.

The Dresden, Pittston, Richmond, Wiscasset, and Woolwich fire departments responded, as well as the Gardiner and Wiscasset ambulance services and the Lincoln County Sheriff’s Office. The Alna Fire Department covered for Wiscasset.

Firefighters “made a great stop of the fire,” Lilly said. “The structure is still standing. They did an excellent job.” 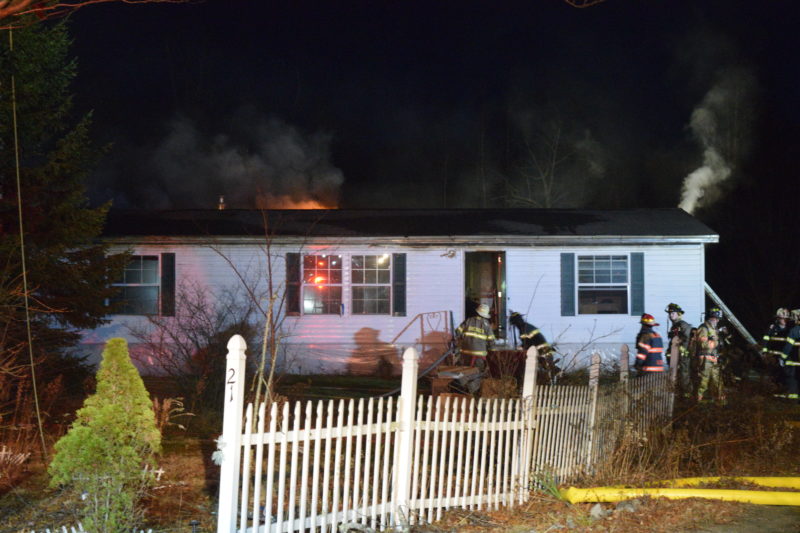 Flames and smoke rise from a double-wide mobile home at 21 Taryn Drive in Dresden the afternoon of Monday, Nov. 25. The home is a total loss, according to Fire Chief Steve Lilly. (Jessica Clifford photo)