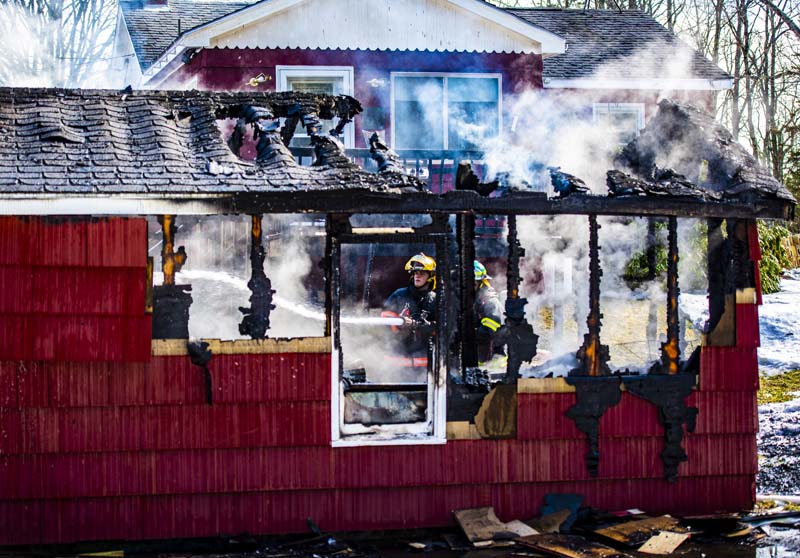 Firefighters keep a hose on the smoking remains of a garage at 56 Deaver Road in Waldoboro the morning of Wednesday, March 3. (Bisi Cameron Yee photo)

An electrical malfunction caused a fire that destroyed a garage at 56 Deaver Road in Waldoboro, off Back Cove Road, the morning of Wednesday, March 3.

Waldoboro Fire Chief Paul Smeltzer said flames had engulfed the garage when firefighters arrived. Their first priority was to stop the fire from spreading to the nearby home by cooling the exterior of the house.

The homeowner, Harlan A. Creamer Sr., was present in the residence, but there were no injuries. There is minor damage to the house where flames licked the edge of a deck.

Smeltzer said the fire was ruled accidental, the result of an electrical malfunction.

Deaver Road was closed to traffic for the duration of the fire.