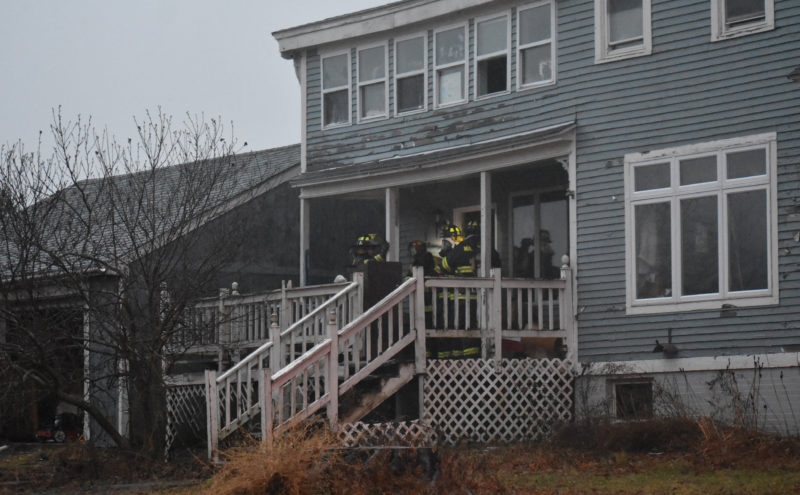 Firefighters on scene of a fire in Waldoboro during the afternoon of Friday, Dec. 21. (Alexander Violo photo)

Area fire departments responded to a report of a fire at 52 Depot St. in Waldoboro the afternoon of Friday, Dec. 21.

According to Waldoboro Fire Chief Paul Smeltzer, the fire was extinguished by crews shortly after they arrived on scene and overhaul began around 3:30 p.m.

The fire chief said no injuries were reported as a result of the fire.

Smeltzer said responding firefighters found both smoke and fire within the Depot Street structure upon their arrival at the scene.

A crew from Central Maine Power Co. responded to the scene to cut power to the house, according to Smeltzer.

Smeltzer said the fire appears to have originated in the house’s kitchen.  He wasn’t sure of the extent of the damage caused by the fire.

The Jefferson and Nobleboro fire departments assisted Waldoboro at the scene, and crews from Waldoboro Emergency Medical Services and the Waldoboro Police Department also responded.

All units cleared the scene around 4:10 p.m.