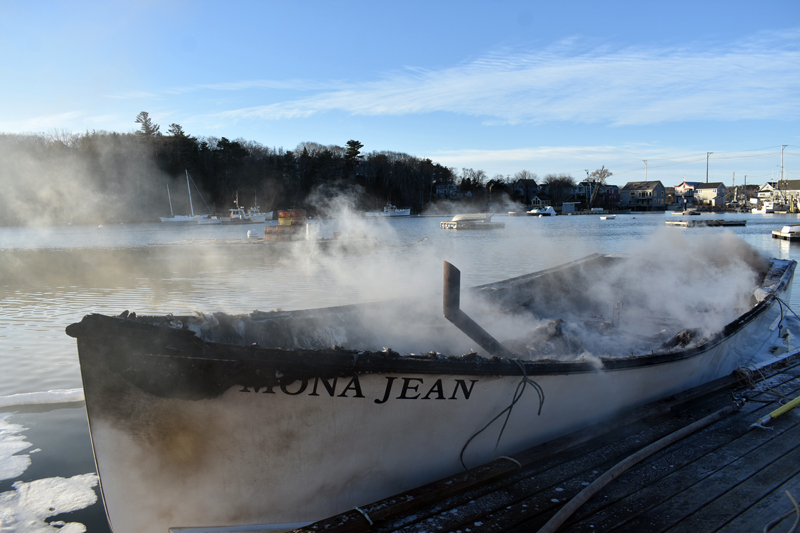 Smoke rises from the remains of the Mona Jean at Eugley Landing in South Bristol on Christmas Eve. The boat caught fire at its mooring and firefighters towed it to the dock. (Alexander Violo photo)

A lobster boat, the Mona Jean, caught fire at its mooring and was gutted by the flames the morning of Christmas Eve in South Bristol.

South Bristol Assistant Fire Chief John Seiders said he thinks the owner of the 32-foot boat was aboard when the fire started, although he was not positive. Firefighters reported seeing the owner in a skiff near the boat when they arrived. 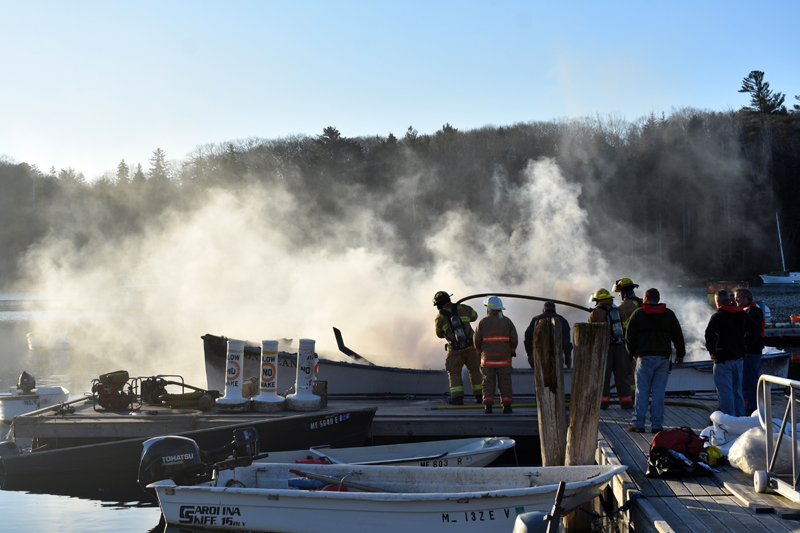 South Bristol Harbor Master Cecil Burnham identified the owner as Kendall Hall, of Nobleboro. Hall was taken to the hospital for smoke inhalation, but had been released by late morning.

When firefighters arrived, flames and black smoke were coming from the boat, according to Seiders.  The cause of the fire is unknown.

Firefighters used nearby boats to approach the vessel. “We brought it in once we were able to get to it,” Seiders said.

They towed the vessel to Eugley Landing, by the South Bristol Fisherman’s Co-op, where emergency vehicles staged and firefighting continued. Seiders said the boat was burning for about a half-hour. 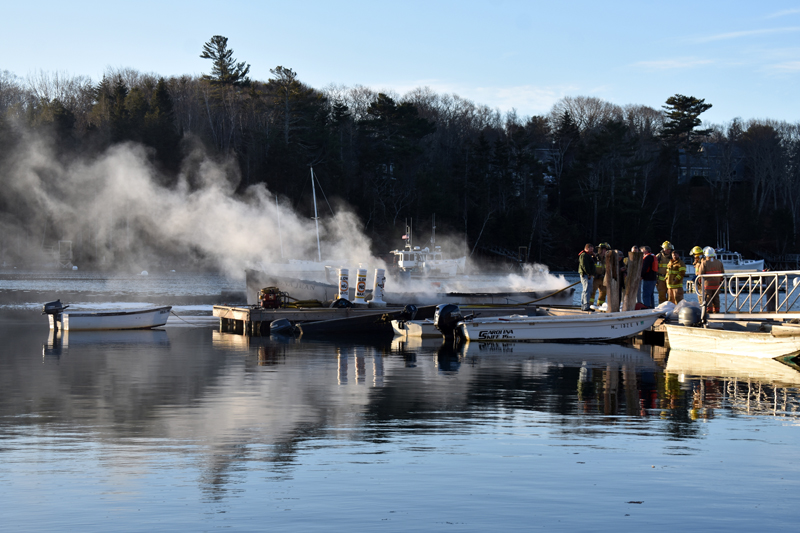 Smoke and steam rises from the hull of a lobster boat in South Bristol on Christmas Eve. (Alexander Violo photo)

The Lincoln County HazMat Decon Strike Team deployed booms as a precautionary measure, to limit the spread of any fuel in the water. “The boat has 80 gallons of fuel on it,” Seiders said.

Bittersweet Landing Boatyard later hauled the boat out of the water, according to Burnham. 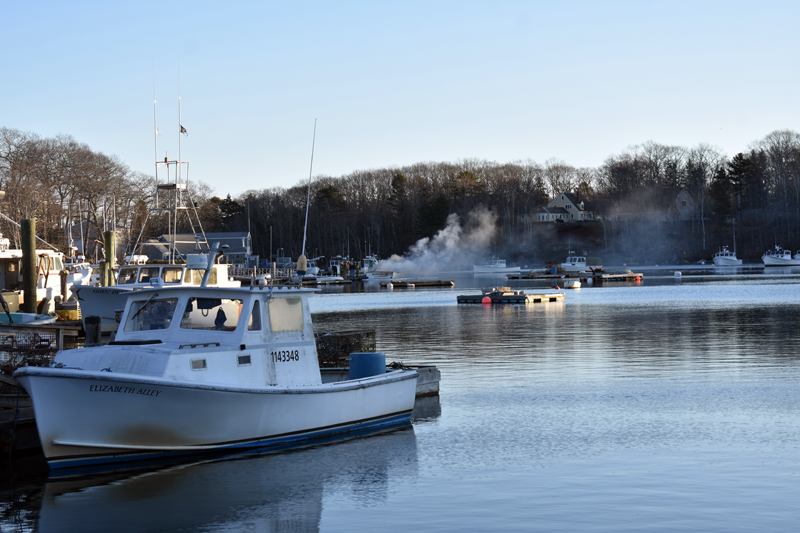