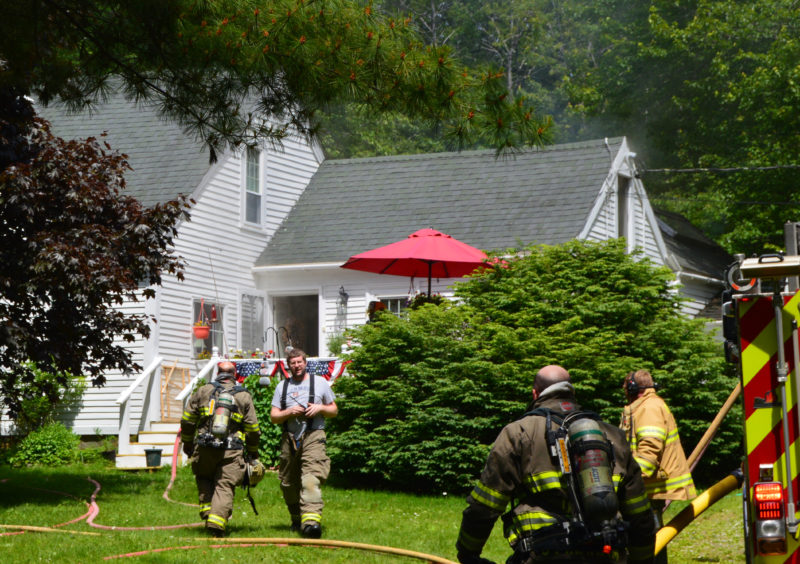 Bristol and Damariscotta firefighters respond to a fire at 1822 State Route 129 in South Bristol on Monday, July 1. The South Bristol Fire Department credits a swift response from neighboring towns with the containment of the fire to a single room. (Evan Houk photo)

The South Bristol Fire Department credits aid from neighboring departments with containing a fire at 1822 State Route 129 to one room Monday, July 1.

John W. and Jo-Ann Motylewski own the home. The fire started on the ground floor sometime before 2 p.m.

John Motylewski said he set a heat gun down on a ledge thinking it was turned off. Either the gun was still on or it was still hot enough to catch the wall on fire.

Gundersen said the fire spread inside the wall and up the rafters behind a layer of Sheetrock. The firefighters were able to keep track of the fire with thermal-imaging tools.

Gundersen said the extra manpower was necessary to tear down the Sheetrock and get to the fire. He said the room may have to be entirely rebuilt due to the fire damage.

There were no injuries. The scene was clear at about 4 p.m.