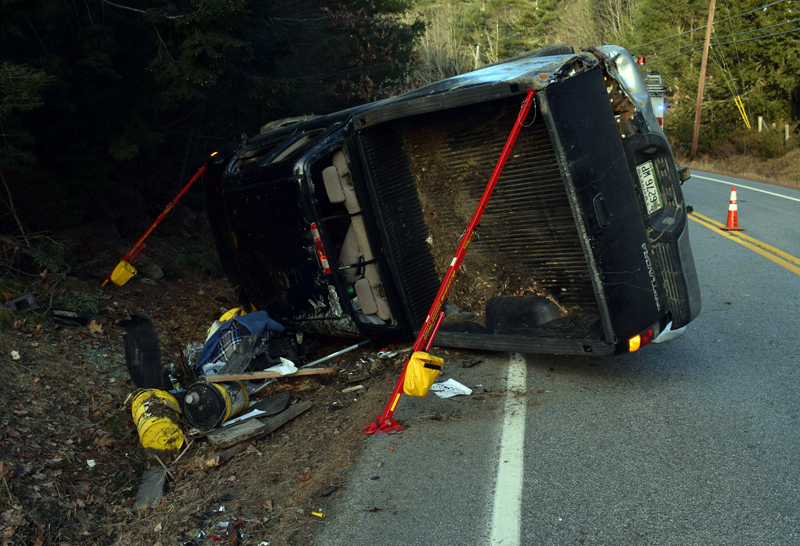 Braces stabilize a 2003 Toyota Tundra after a crash on Route 126 in Jefferson the morning of Monday, Dec. 16. Firefighters stablized the vehicle before removing the windshield and extricating the driver, according to Jefferson Fire Chief Walter Morris. (Evan Houk photo)

Firefighters extricated a man through the windshield of a pickup truck after a single-vehicle crash on Route 126 in Jefferson the morning of Monday, Dec. 16. The man was taken to an Augusta hospital.

Hayden R. Peaslee, 23, of Jefferson, was driving a black 2003 Toyota Tundra west on Route 126 when the vehicle crossed the centerline, went off the road, hit a culvert, and rolled onto the driver’s side, according to Lincoln County Sheriff’s Deputy 1st Class Brian Collamore.

Peaslee was taken to MaineGeneral Medical Center in Augusta. His injuries did not appear to be life-threatening, according to LCSO Lt. Brendan Kane.

Jefferson Fire Chief Walter Morris said firefighters stabilized the vehicle with metal braces before removing the windshield and getting Peaslee out.