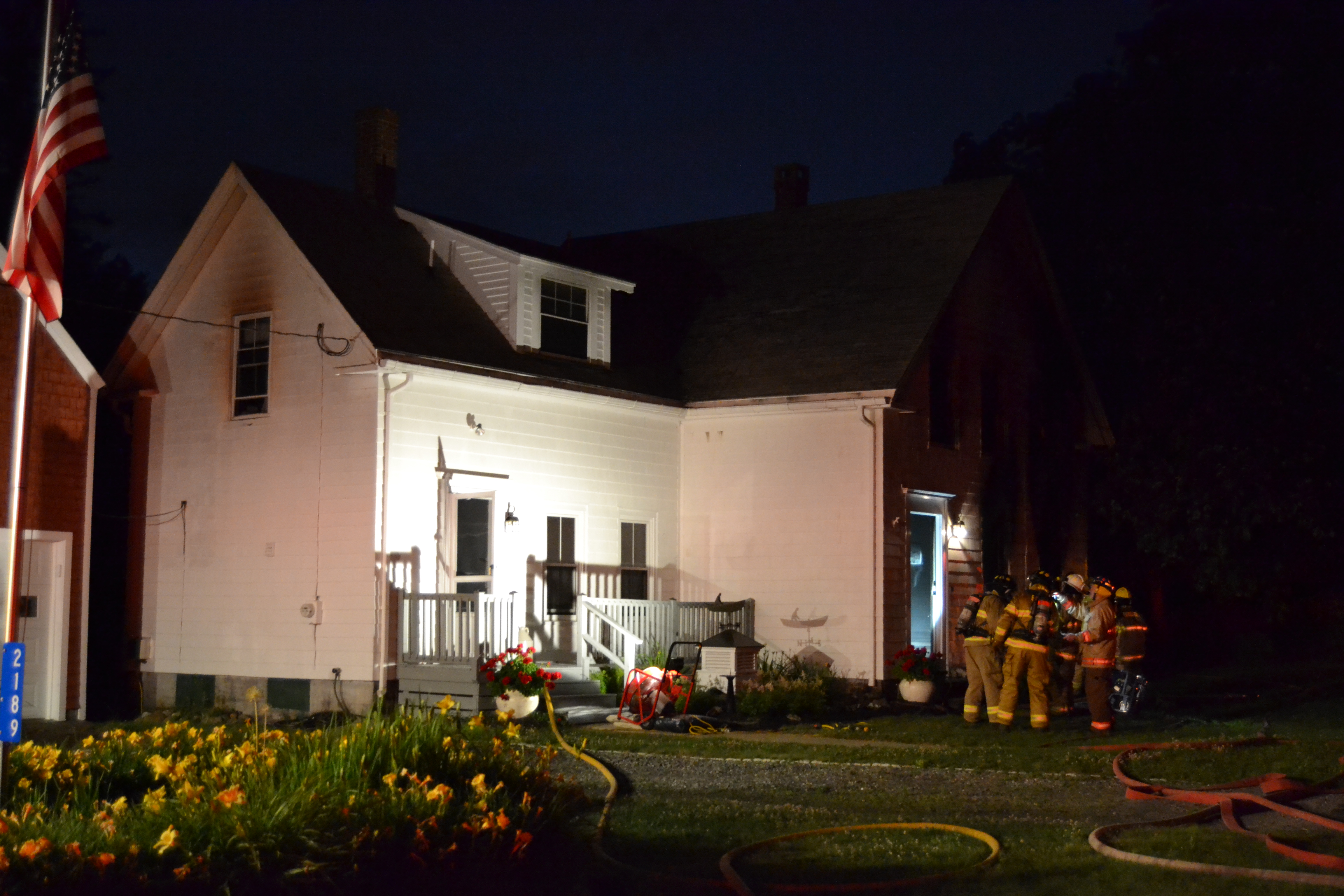 No one was home when the fire started on the first floor, on the side of the house facing the road. A passerby saw flames and smoke coming out of the windows and called the Lincoln County Communications Center, according to Bristol Fire Chief Paul Leeman Jr.

Lincoln County Communications Center dispatched the Bristol Fire Department at 8:27 p.m. and the Bremen, Damariscotta, Newcastle, and South Bristol departments shortly thereafter. Nobleboro and Edgecomb were dispatched to back up Bremen and Newcastle, respectively, in the event of a fire in one of those towns.

Firefighters knocked down the fire from the outside within a half-hour before going inside, Leeman said. Crews utilized a dry hydrant at the Pemaquid Mill property as a water source.

Bristol Road was closed at the school during the fire and traffic was diverted onto Foster Road. The road opened to one-way traffic around 10 p.m. and reopened entirely when firefighters cleared the scene at 11:36 p.m., Leeman said. 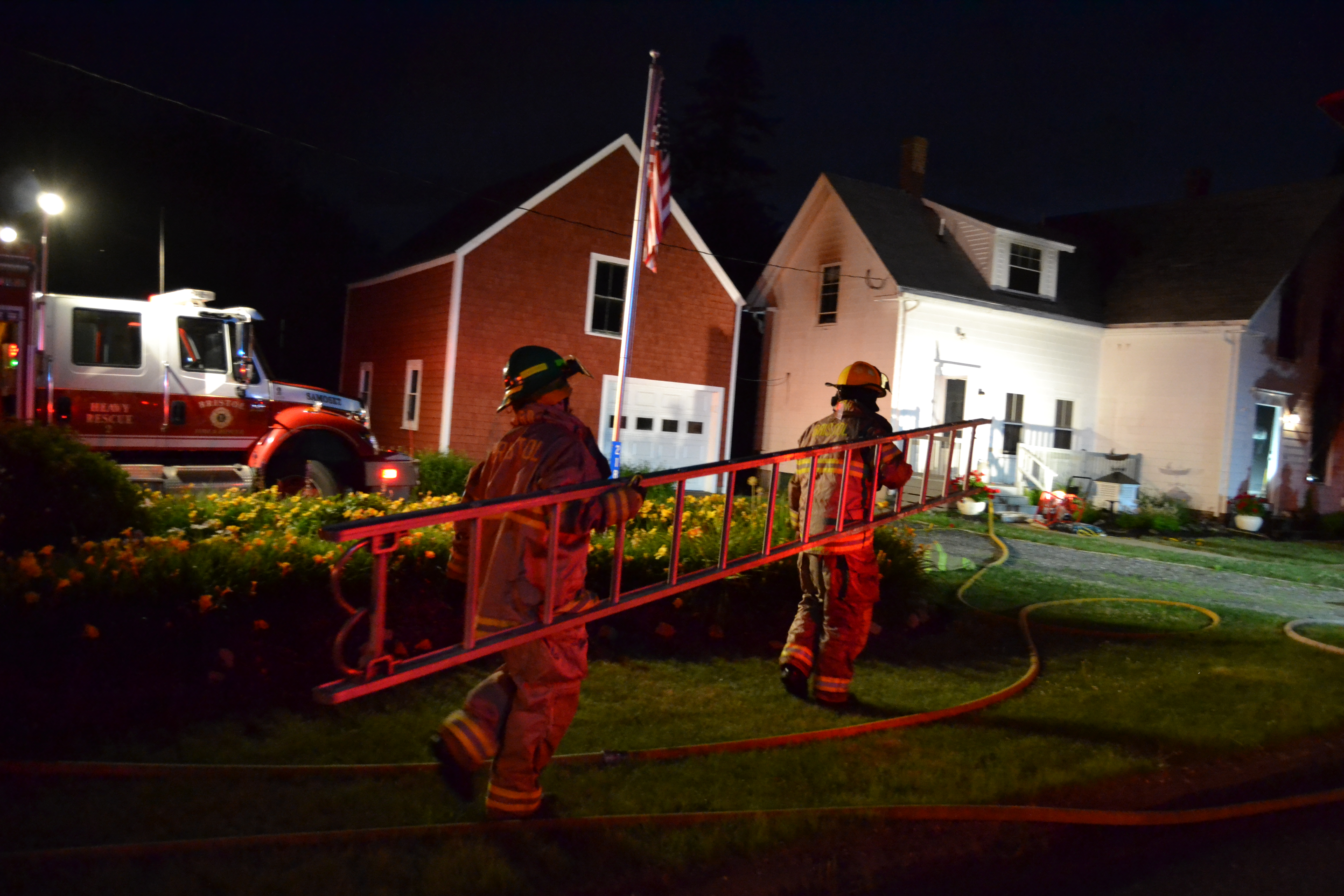 Bristol firefighters carry a ladder on the scene of a house fire at 2189 Bristol Road in Pemaquid the evening of Friday, July 19. (Maia Zewert photo)

Firefighters and the Lincoln County Sheriff’s Office checked the house for hot spots throughout the night. None were found, Leeman said.

The house had damage to 80% of the interior, however, Leeman said the structure is still strong and the home could be restored.

Pat and Walter Gabriel, part-time residents of Bristol, own the house, Leeman said. The couple is staying at a local hotel.

The Maine State Fire Marshal’s Office visited the house Saturday, ruling the fire accidental and the cause electrical, Leeman said.

While he did not cite a more specific cause for the fire, Leeman recommends being aware of the quality of power strips and the number of appliances plugged into power strips. He also said it is important to make sure wires are not coiled.

Friday’s fire was the third house fire in Bristol in two weeks. The department also responded to a house fire in South Bristol on July 1.

Leeman said it’s not so much the number of fires that takes a toll on firefighters, but the temperature on the day they have to fight a fire.

“It’s really the heat that takes the toll,” Leeman said. “We’re grateful it didn’t happen on Saturday or Sunday.”

In each instance, Leeman said firefighters have done great work to bring fires under control and put them out.

“These fires have been knocked down so quickly. Unfortunately, you need fires to keep your skills up, and the skills of our members have been shown by the knockdowns,” Leeman said.