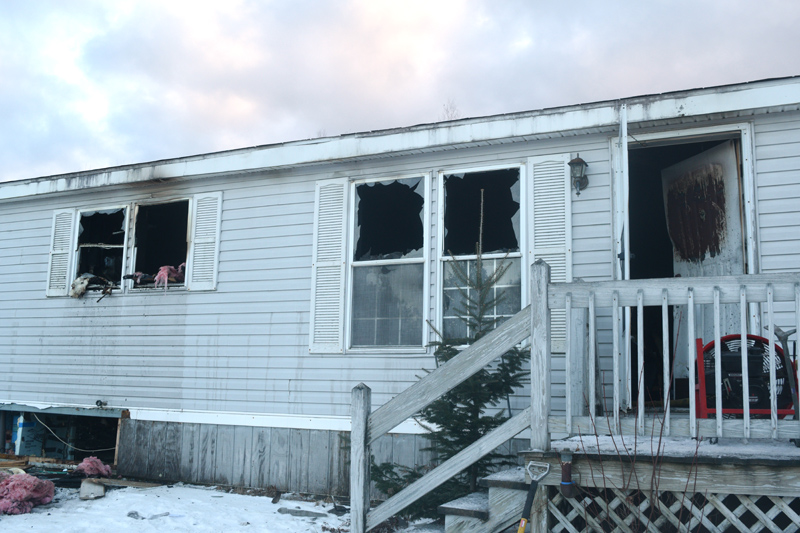 Exterior damage to a mobile home at 139 Old Sheepscot Road after a fire the morning of Wednesday, Jan. 16. (Jessica Clifford photo)

A mobile home at 139 Old Sheepscot Road in Wiscasset sustained extensive interior damage in a fire the morning of Wednesday, Jan. 16, but a quick response prevented further damage.

Homeowner Brian Ames had left his residence before the fire started, Wiscasset Assistant Fire Chief Nick Merry said. The house is on the corner of Brown Road and Old Sheepscot Road.

A passerby saw the fire and called it in, Merry said. The Lincoln County Communications Center dispatched the Wiscasset Fire Department at 6:51 a.m.

Merry said he thinks the fire started in the kitchen, but no cause has been determined. The Maine State Fire Marshal’s Office was called to investigate. 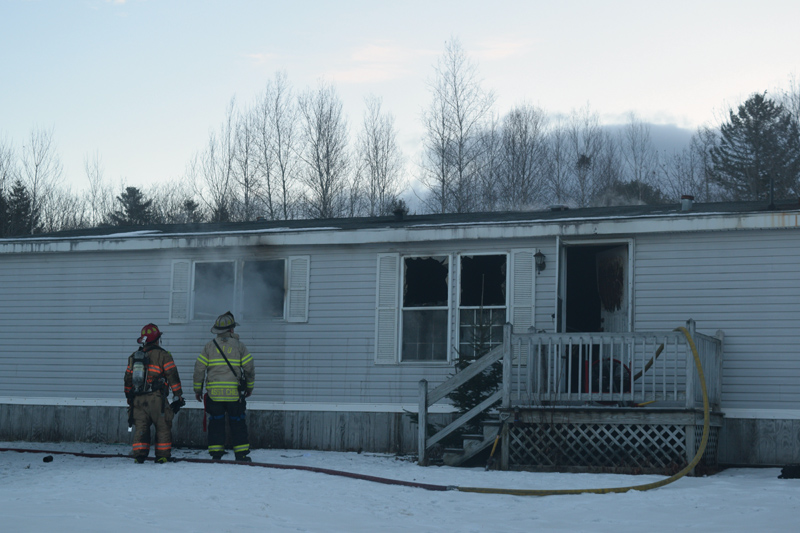 Firefighters look on as smoke drifts from the window of a mobile home fire at 139 Sheepscot Road in Wiscasset the morning of Wednesday, Jan. 16. (Jessica Clifford photo)

In addition to extensive interior damage, front windows were broken and the front door was singed.

Merry said the fire was out in about 20 minutes.

“It was a great stop by the guys and mutual aid was a huge asset,” he said.

The Alna, Dresden, Westport Island, and Woolwich, fire departments, along with the Wiscasset Ambulance Service and Wiscasset Police Department, assisted Wiscasset Fire at the scene.