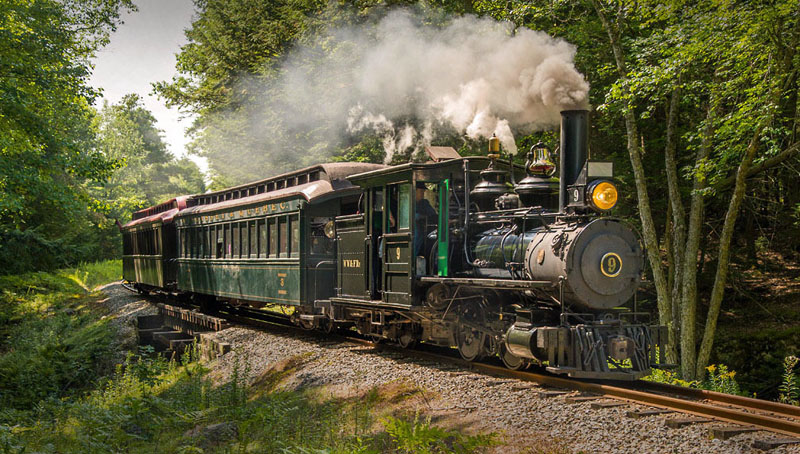 The event will have activities at three stops on the railway: Sheepscot Station, Alna Center, and Top of the Mountain.

The museum came up with the idea as a way to give back to the community with a celebration of the town’s history and businesses, said Stephen Piwowarski, marketing director for the museum.

“It is important for communities to share quality time together,” Piwowarski said.

Some of the museum’s workers went to the Alna Board of Selectmen and brainstormed ideas for the event. Eight volunteers organized the event, including representatives from the museum, the Alna Volunteer Fire Department, Juniper Hill School for Place-based Education, Midcoast Conservancy, and the town of Alna.

First Selectman Melissa Spinney credited the museum and the community with the organization, and said the selectmen had little to do with it.

“I think Alna Day is a wonderful idea, and I hope it happens every year,” she said. “There is so much to celebrate about this small town, its history, and its citizens.”

The train will take event-goers from Sheepscot Station to the other two stations from 9:30 a.m. to 3 p.m.

There will be other displays from local artisans, organizations, businesses, and farms, as well as a model railway.

Live music by Alna musicians and a screening of the documentary “Currents, Courses, and Streams, Alna, Maine: Histories of a Backwater Town” will take place at Sheepscot Station.

The railway will also offer human-powered rides on one of its historic handcars.

At the Alna Center station, games and tours will take place.

Two botball matches, organized by Alna General Store owner Ken Solorzano, will begin at 9:45 a.m. and 10:45 a.m. Botball is like ultimate Frisbee with a football and is a no-contact sport, Solorzano said. He will teach the rules before each game.

Sack races, organized by resident Steve Zuppa, will take place throughout the day.

Event staff will provide walking directions to the 1789 Alna Meeting House and Center School, the second-oldest schoolhouse in Maine, built circa 1796.

At Top of the Mountain station, Midcoast Conservancy and Juniper Hill School will host face painting and nature scavenger hunts throughout the day.

Though it is not accessible by train, the historic Head Tide Church will be open from 10 a.m. to noon.

The train fare and all the Alna Day activities are free for Alna residents. Nonresidents will pay the standard train fare. Souvenir train tickets will be given out, as well as event programs.

No food or beverages will be served at Alna Day. Piwowarski suggested that event-goers could eat at Alna General Store, at the intersection of Alna Road and Dock Road, which serves breakfast and lunch.

Parking for Alna Day will be available at Sheepscot Station, 97 Cross Road.

“Coming together to share our collective past and present is the best way to plan for our future,” Piwowarski said. “And that is probably our greatest hope for an event like this: to help secure a bright future for Alna and to have fun while we do it.”