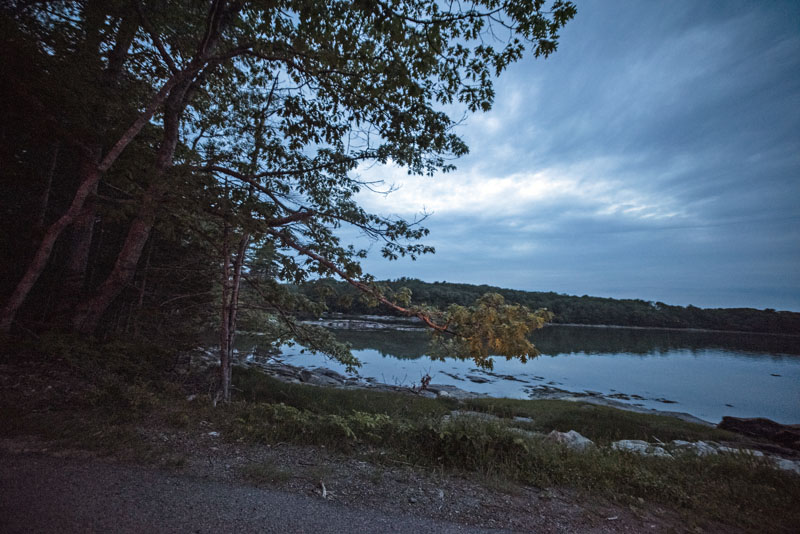 The Maine Marine Patrol recovered the body of a 34-year-old Waldoboro fisherman in the Medomak River at 6:30 a.m., Tuesday, June 8.

James Guptill’s body was found near Johnson Island, which is near the Dutch Neck area of Waldoboro. Guptill held a commercial shellfish harvester license and a non-commercial lobster license, according to the Maine Department of Marine Resources.

A search had started at about 9 p.m., Monday, June 6, after other local fishermen found Guptill’s boat, a 16-foot skiff with an outboard motor, “aground and unoccupied” near Havener Point, according to a DMR press release. 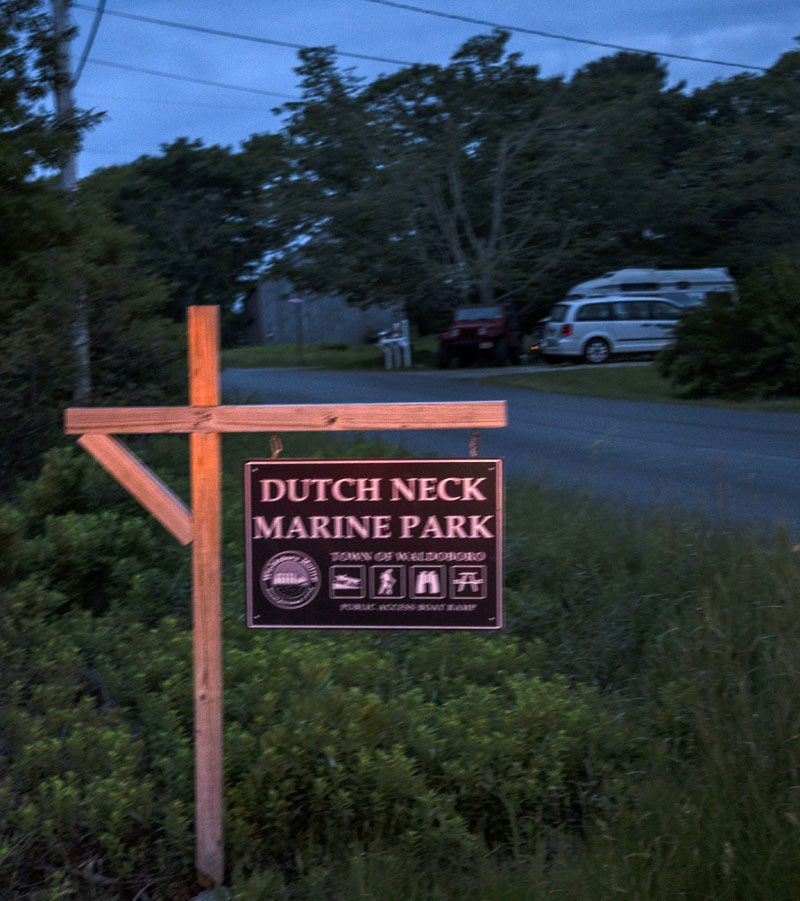 Headlights catch the sign for the Dutch Neck Marine Park in Waldoboro on Tuesday, June 8. The park was the staging area for an overnight search for a missing fisherman from Monday, June 7 into Tuesday, June 8, when searchers found his body. (Bisi Cameron Yee photo)

Waldoboro Police Chief John Lash said his department was dispatched at 8:43 p.m. and was first to arrive at the Dutch Neck landing to meet with the friends of Guptill who had found his empty boat.

The Waldoboro and Friendship fire departments, the Maine Marine Patrol, and the U.S. Coast Guard searched the river and shoreline near Havener Point.

“We worked the whole area up and down extensively, numerous times,” Smith said.

Waldoboro Fire Chief Paul Smeltzer said Waldoboro firefighters were dispatched shortly after 9:30 p.m. and responded to the Dutch Neck Marine Park, where they met a sergeant from Marine Patrol.

Smeltzer said the department was asked to search the shoreline along Havener Point.

About 12 firefighters responded with the department’s ladder truck, equipped with a Stokes basket and lighting to illuminate the search area. A Stokes basket is a type of stretcher used to immobilize an injured person and transport them over uneven terrain.

Smeltzer said the search “was not classified as a recovery at that time. We were hoping to find a live person.”

Smeltzer said the Friendship Fire Department responded with its boat and searched the shoreline of Hardy Island, south of Johnson Island.

“Our search was negative and we closed the scene at approximately 11:30 p.m.,” Smeltzer said.

The search was suspended at 1:30 a.m. Tuesday and resumed at 4 a.m., with the addition of a Marine Patrol plane, according to the DMR press release.

The body was taken to the Maine Chief Medical Examiner’s Office for an autopsy.