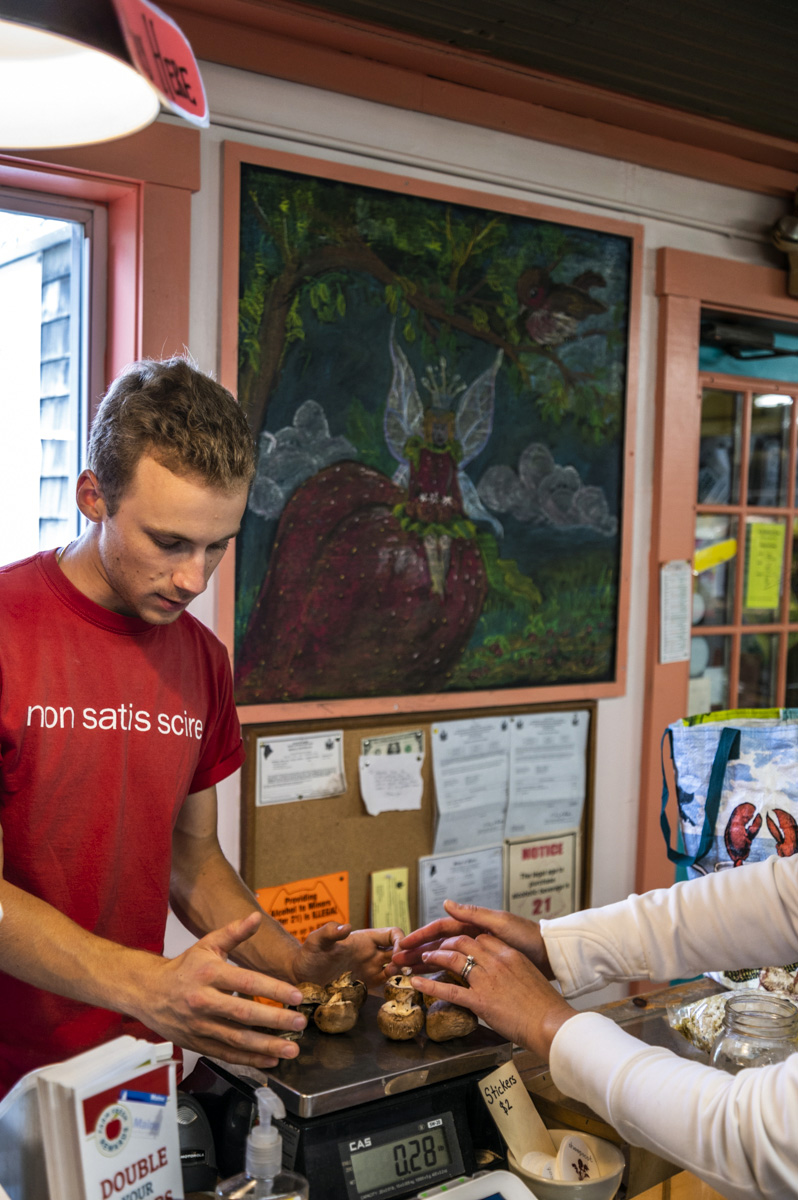 “Work in Lincoln County” will run in The Lincoln County News periodically throughout the fall. If your business or organization faces a challenge hiring and retaining workers and you would like to be interviewed for this series, email Raye S. Leonard at rleonard@lcnme.com.

Beal and partner Tamara Dica experimented throughout the season to find the staffing levels that would allow them to manage the restaurant to the standards they deemed acceptable. They didn’t serve lunch all summer – a decision made early on, even before the season started. That and closing two full days gave them the breathing room to staff the restaurant when and where it was most needed.

Susan Murphy of Cupacity in Damariscotta worked seven days a week, but worried more about her staff.

“I can see people are starting to get fried,” she said. But the long hours, the long weeks, took their toll on her, as well. She said she would get home too tired to cook dinner. “I make gourmet food and my kids are eating fish sticks.”

Michael Collins, co-owner of the Barnhouse Grill and Pub in Wiscasset, said he flew his 18-year-old niece up from North Carolina to work for two weeks when one of the owners needed to take time off.

“We threw her on the floor, never worked in her life. She trained for two days and fumbled through,” he said.

“At some point owners will be too exhausted to keep going,” said Sarah McNeil, co-owner of Odd Alewives in Waldoboro. We’re all hustling pretty hard right now.

In July, Taryn Marcus, co-owner of the Sheepscot General Store and Farm in Whitefield posted the following on the Whitefield community Facebook page:

“Sheepscot General Store and Farm along with every other business in the country right now would like some more hands on deck. In 10 years of business, we have never had as much turnover (as we’ve had) in the last year and have never had people quit hours before their shift because ‘the work is too hard.’ Hiring: Ages 16-80 with a positive work attitude.”

“Hiring in Lincoln County has always been somewhat difficult, but never like this,” said Dan Beck, general manager for Moody’s Diner in Waldoboro.

Temporary closings, exhausted staff and owners, packed waiting areas, frustrated customers – these were the sober realities for many establishments during the 2021 summer season. While most places had a core crew they relied on to keep the doors open (albeit with reduced hours and occasional unexpected closures), very few restaurants had the reserves to absorb call-outs or beef up shifts to meet the demand for weekend business.

Particularly telling in this employee-forward situation is that the Damariscotta River Grill closed for two additional days one week, solely to accommodate a key team member’s request for time off.

Beal said the request was made and approved before the staffing crisis was a factor, but without the reserve staff to step into the role left vacant, the best course was the two-day pause.

Beal expects there may be more pauses going forward.

At Cupacity demand doubled, but “people have trouble understanding my establishment is about quality not quantity – organic, made to order – we’re never going to pump stuff out,” Murphy said. “In our first year of hiring people, they were coming out of the woodwork to work here, but if you look at every window now, all you see is ‘help wanted.’”

Beck placed the blame for the hiring situation on federal money and the forced increase in minimum wage.

“Why go to work when you can sit home and do nothing and get paid by the government?” he asked. 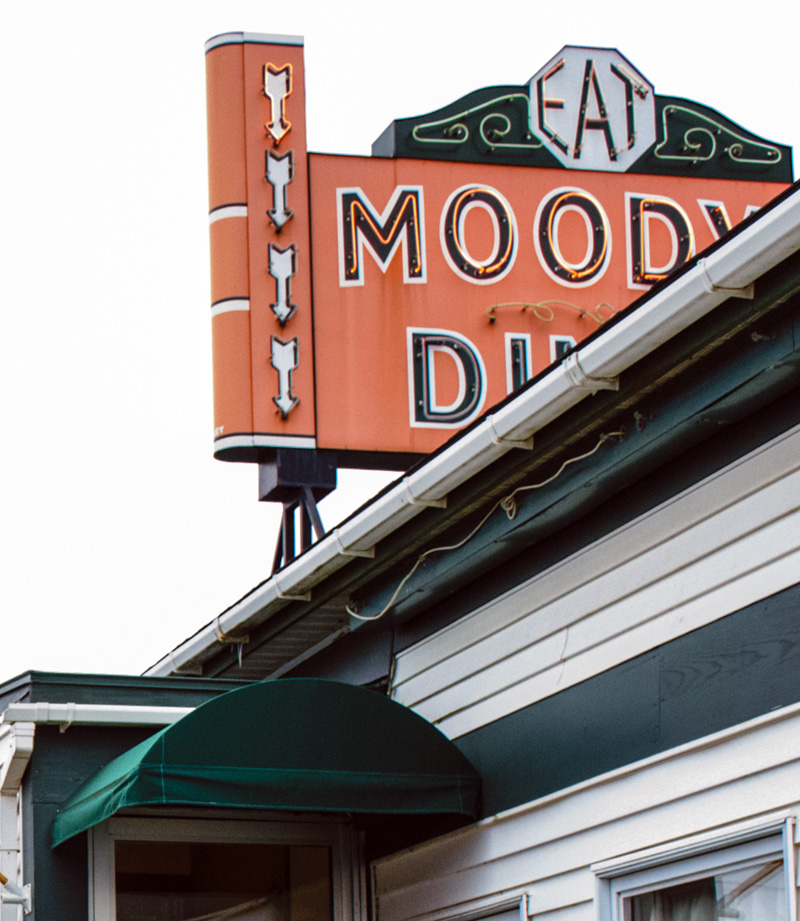 Beck is grateful for the staff at Moody’s who “hung around through the pandemic” and applauds the student population that he said applied in droves.

“There’s a bigger context here. What we’ve been through with the pandemic has laid bare our economic reality,” she said.

Beal said hiring has always been an issue at the Damariscotta River Grill. In the past, he blamed dwindling interest from high school students and restaurant workers moving to other industries. But after a year of fear and stress and lockdowns brought on by the pandemic?

“They’re all on vacation,” he said. “They’re taking their time. People have the means to do that. There’s so much money in this economy, people just don’t need part-time gigs for additional income.”

Collins said he’s hired people only to find out they don’t know how to use a mop, or they want to pick and choose which of the restaurant’s policies to follow. For him, the biggest issue with the current labor market is differences in generational work ethics that are becoming more pronounced.

“We want our staff to feel a sense of ownership – to work with joy and passion and a desire to see the store succeed,” she said.

McNeil said there may be some credibility to the unemployment benefits argument. But she’s seen other factors come increasingly into play.

“A lot of people are now homeschooling children. Taking care of family members. Wanting to be thoughtful about interacting with the public,” she said.

And a new and worrisome trend: “Numerous times people willing to move here and excited about coming to the Midcoast have been unable to secure housing,” she said. “It’s more complicated than just saying its unemployment and it’s COVID.”

While every restaurant was forced to make changes to manage the flow of summer customers with less than optimal staffing levels, Moody’s in particular made some difficult decisions. 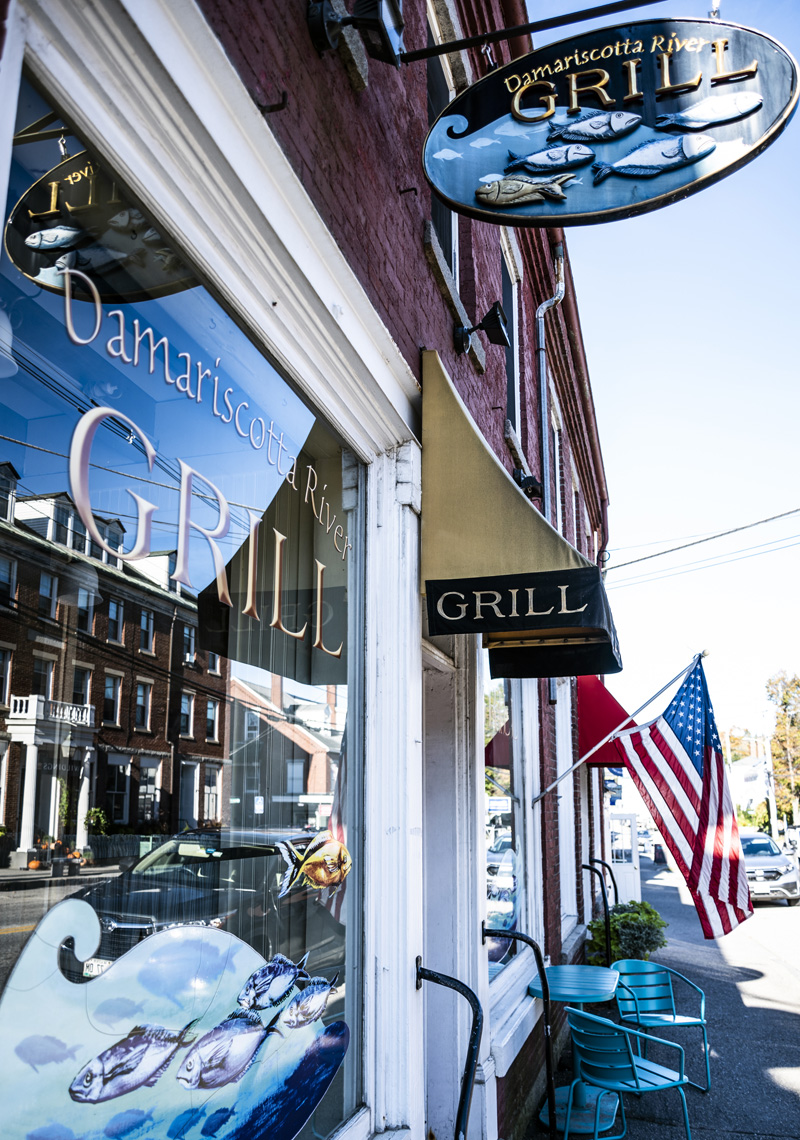 The restaurant adjusted its hours and turned off both curbside pickup and online ordering. Staff didn’t have time to walk orders out to waiting cars, and the flow of online orders was too difficult to control.

Moody’s made adjustments to the menu and stopped offering pizza because there was not enough kitchen staff trained to prepare it. Counter seating became a rare commodity because it required an additional server.

Beck said that plans to build outside seating were squelched. “We can’t find staff to handle the business we have.”

Phones have even been taken off the hook at times so staff could better focus on customers in the restaurant.

Meanwhile the Barnhouse Grill and Pub was challenged by trying to maintain the balance between curbside services, which is 25% of its business, with customers at the tables. And Collins said customers who stopped by on their way into Lincoln County were asking, “Why does everyone close at 8?”

Compared to figures from 2019, early 2020, the most recent data available shows that average employment in Lincoln County’s accommodation and food service sector decreased from 1,525 to 1,035, down 32.13%, and average weekly wages have increased from $465 to $501, up 7.74%. Mark McInerney of the Department of Labor clarified that “many of the job losses… are in lower paying occupations which has driven up average weekly wages.”

Faced with the shrinking applicant pool and increased wage expectations indicated by these figures, restaurateurs found themselves looking for solutions and not always finding them.

“I can’t pay a cook $30 an hour to serve a $12 entree,” Collins said. He credits the Barnhouse’s core group of “50-year-old ladies who run circles around the younger workers’” for keeping things running.

But they need more. For Collins, it’s about finding the right people.

Without the option of summer workers from overseas, the Damariscotta River Grill looked at non-traditional avenues to increase staffing. Beal tried to recruit more high school students and contracted with a temporary chef service. He said he thinks hiring through temporary staffing services may become a more common response, particularly to kitchen staff shortages.

Sheepscot General increased its starting pay to $15, a big decision that Marcus said was made in an effort to attract and keep more help.

But she sees turnover as the bigger challenge, with lack of notice becoming more common and more damaging. They have seen more of that this year than in the history of the business.

McNeil said Odd Alewives looked for opportunities for synchronicity. She and husband John try to support the small businesses and passion projects their workers and vendors are involved in; they buy meat from a farmer who is also a member of their staff. Both businesses benefit. 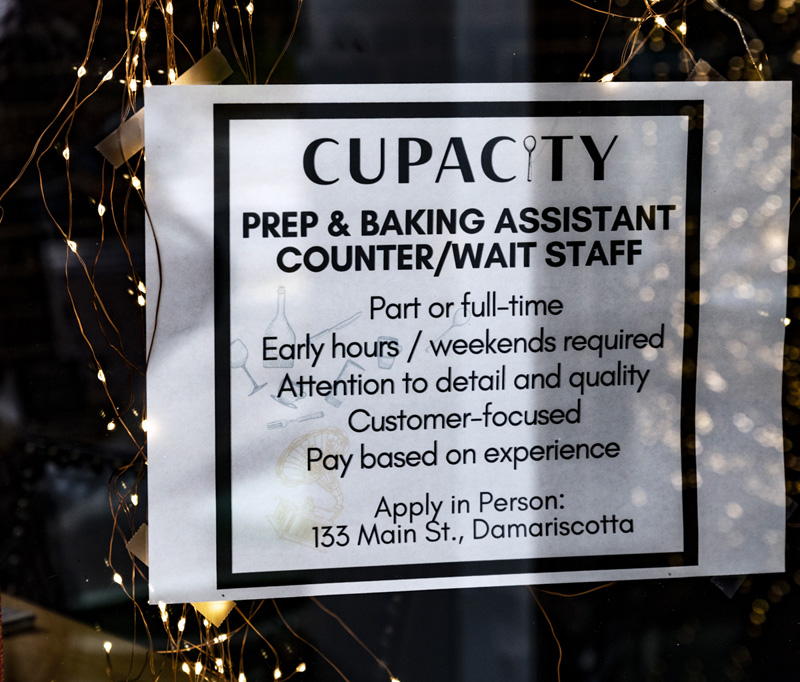 A “Now Hiring” sign is wreathed by lights in the window of Cupacity in Damariscotta on July 17. (Bisi Cameron Yee photo, LCN file)

The McNeils also applied for a community block development grant that will inject $90,000 into their working capital in exchange for creating at least three full-time equivalency jobs.

“We want to continue to attract great staff,” Sarah McNeil said. “And we want it to be a good life for the people who work here.”

Some restaurateurs were philosophical about the changes affecting their industry while others expressed a range of emotions from frustration to resignation to acceptance of a new norm.

“I don’t have the answer,” Collins said. “The economics of this is terrible. I don’t know how we are going to pay the fiddler for closing the world.”

“I think this is a reckoning in the restaurant industry,” Beal said. “It’s been coming for a long time. The pandemic turbo-charged things. Those that will emerge will keep people employed year-round at a living wage.”

At Cupacity, Murphy said the forced pause of COVID let them figure out where they want to go and gave them some clarity on what they need.

“I’m not going to walk through 10 miles of broken glass just to have a body,” she said. “Sometimes it’s easier to be understaffed than to train people.”

At Odd Alewives, McNeill is focused on “common respect and decent wages and all the quality of life issues of other jobs. That word ‘happy’ is the thing we stress in our job description,” she said.

“A happy healthy work environment. Don’t come in or leave stressed out – it’s not the end of the world. We make pizza and beer.”