Damariscotta residents will have a choice between five candidates to fill a single vacancy on the board of selectmen at the polls Tuesday, Nov. 7.

Louis Abbotoni, Catherine Blount, Lorraine Faherty, Elizabeth Printy, and Lawrence “Larry” Sidelinger are seeking election to fill the seat of George Parker. Parker was elected to a second consecutive three-year term in June, but has since resigned and moved to Newcastle. 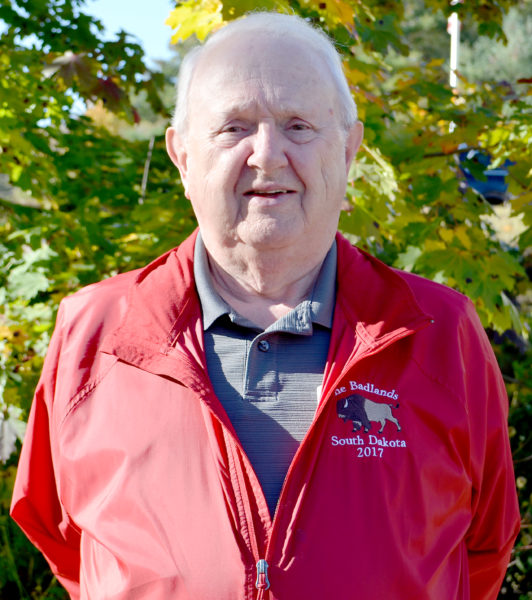 A Damariscotta resident since 1974, Abbotoni said he was inspired to run for the seat to bring “a little history” to the board.

“We needed, I felt, one local person on the board who had a bit more history than people from away,” Abbotoni said. “I brought three sons up in the area, I have a great fondness for the people here, and I want to do what I can to help out.”

Abbotoni has a history of serving on various boards and committees in Damariscotta, including the boards of the Pemaquid Watershed Association, Skidompha Public Library, and Spectrum Generations. He spent nine years on the Damariscotta School Committee.

A certified public accountant for more than four decades, Abbotoni said one of the things that has him most concerned is “ever-rising” property taxes.

“I’ve done taxes for people for over 40 years, and I’ve seen how some of our elderly and low-income residents have been affected,” Abbotoni said. “If taxes keep going up rapidly, they will be forced out, and we’ll lose that part of our history.”

Abbotoni has spoken out against the retail development moratorium that voters will also decide Nov. 7. The moratorium calls for a temporary ban on retail construction of more than 2,500 square feet.

“What the petition doesn’t point out is that we already have codes and ordinances that spell out what you can and can’t do, and they’re pretty recent too,” Abbotoni said. “It’s unfortunate that people are acting on emotion and not thinking about the future and what this can do in the long run.”

Damariscotta recently circulated a survey and plans to have a community conversation about the regulation of recreational marijuana-related businesses and operations. Abbotoni said he “hasn’t really formed an opinion” on the matter, but he wants to see “regulation and the laws enforced.” 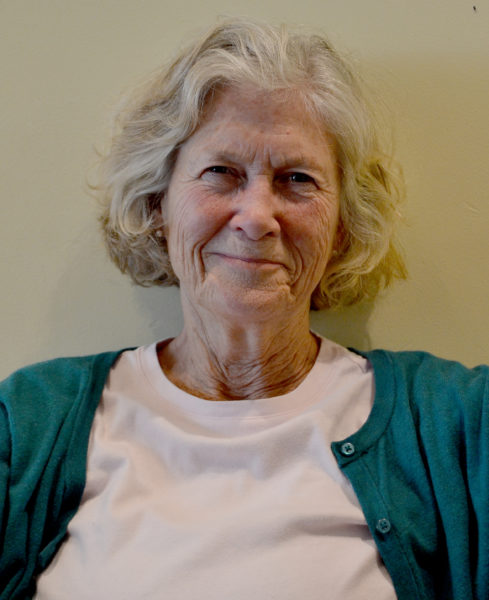 A Maine resident since 1994, Blount purchased a house on Church Street in 2015, which she has been in the process of renovating ever since. Her involvement in town government goings-on came about fairly recently, when she noticed the cutting down of trees on Main Street.

Out of concern, Blount, who said she has some experience with code enforcement, first wrote a letter to the Damariscotta code enforcement officer before calling the town office and eventually attending meetings of the Damariscotta Planning Board. Despite being “pretty intimidated to be new in town and speaking up,” Blount was approached by a group of people and asked to run for the selectman’s seat.

“I would have never thought to do it myself, but a group of people thought I would be an effective member of local government and asked me to run,” Blount said.

Having read Damariscotta’s existing ordinances and being “fairly familiar with land development codes and zoning codes,” Blount said she does not believe the current codes are inadequate. Rather, she said, “the problem is with a lack of enforcement” on the part of the code enforcement officer and the planning board.

“I don’t think the planning board is knowledgeable enough about the codes to be making these decisions,” Blount said. “The job of local government is to protect the local citizens of the town from anything that would compromise the quality of life. It’s not to raise money or give unbridled development a pass. It’s my concern that the members of the planning board need to take their job more seriously.”

With the town also grappling with how to regulate recreational marijuana-related businesses and enterprises, Blount said she wouldn’t want to have the businesses located in the C-1 downtown district or the C-2 district, which extends up Main Street from the Damariscotta Baptist Church.

“I think it’s a tricky thing. Personally, I have no problem with it, but I wouldn’t make it too available. There should be regulations,” Blount said. “I think sometimes people forget that regulation is about protecting consumers, not inhibiting businesses.”

If elected, Blount said she would like to see more of a focus on community in the town.

“There seems to be a divide, across the nation, really, and I think it’s something we need to try to fix,” Blount said.

Blount has a varied professional background, including owning her own restaurant, teaching French, landscaping, and working as a private cook. She currently volunteers at LincolnHealth’s Miles Campus in Damariscotta. 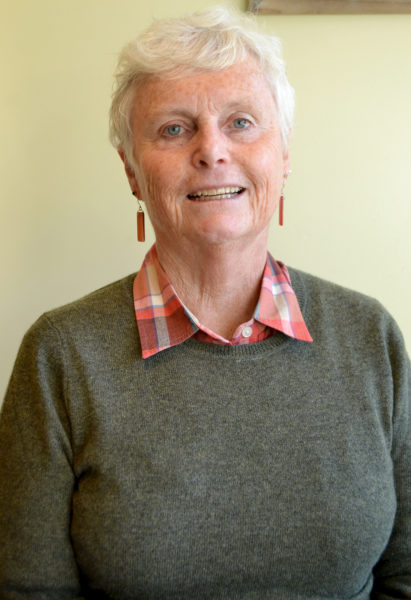 The November election marks Faherty’s second attempt to secure a seat on the board, having run as a write-in candidate for one of the two seats in June.

If elected, Faherty, a Damariscotta resident since 2007, said she would bring “common sense, civility, and kindness” to the board if elected.

“There seems to be a big discussion and divide about whether you’re from here or you’re ‘from away,’ but I don’t think that really makes a difference,” Faherty said. “I think people bring gifts from wherever they come from, and as one of the people who chose to live here, I think I’d bring a different point of view.”

Faherty said she found the proposed moratorium on retail development to be “poorly worded and problematic,” but the discussion the moratorium has sparked is a positive for the town.

“There’s a whole discussion about balancing the history of the town and ‘the way things have always been’ with changing and growing, and that’s a good thing,” Faherty said.

Personally, Faherty said she would like to see Damariscotta’s ordinances amended in such a way as to render variances and waivers no longer necessary.

“It’s hard to say ‘we need to protect the flavor of Damariscotta,’ because that changes depending on if you’re standing here (in downtown), on Route 1, wherever. There’s a different feeling depending on where you are in town,” Faherty said. “What I would like to see is if a builder or developer does their due diligence and follows the codes to the letter, they can still build the building they want to build in Damariscotta without asking for an exception.”

As Damariscotta begins to plan regulations for recreational marijuana-related businesses and operations, Faherty said the town should first wait until the state completes its rule-making.

“I think it’s still too early to say until we know what the state laws are going to be,” Faherty said.

A retired attorney, Faherty sits on the Damariscotta Cemetery Committee. She is a former president of the Rotary Club of Damariscotta-Newcastle, and currently serves as the club’s secretary and chairs its public relations committee. 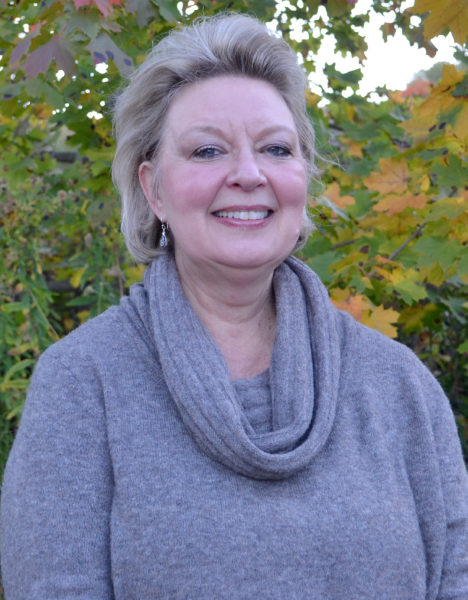 Printy, a full-time resident of Damariscotta since 2012, said she hopes to “keep the board balanced” and preserve the quality of life the town is known for.

“People like to frame Damariscotta in different ways, but the truth is, we are a service center,” Printy said. “And we need to keep this in mind as we move forward with any decision.”

One of the things that has struck Printy is that the selectmen are also the “overseers of the poor.”

“We must always keep that in the back of our mind, that we never neglect any socioeconomic group,” Printy said.

When it comes to the retail development moratorium, Printy said the town needs to be “very careful about allowing a small group of people to dictate what happens in Damariscotta.”

“There’s a small group of very passionate people who feel strongly about this, but overall I think it puts a cloud over the town,” Printy said. “I hope that we can have conversations about this, and work toward a common good, rather than remain divided on it.”

On the topic of recreational marijuana-related businesses and operations, Printy said she “can’t really speak to it without doing more research,” however, she expressed concern about the strain it could place on the Damariscotta Police Department.

“I’m concerned about how it would affect people’s lives if you can go down the street and buy it, and then get in your car,” Printy said. “I think more conversations need to be had before we decide to bring that into town.”

Printy has served on the Damariscotta Budget Committee and is one of the members of the Villages of Lights Committee. She also sat on the board of the Damariscotta-based Heartwood Regional Theater Co. 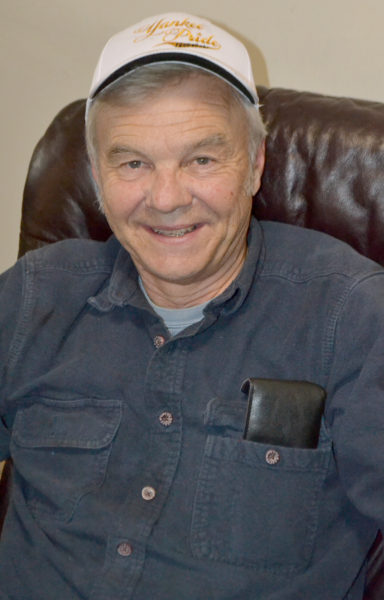 A lifelong resident of Lincoln County, Sidelinger said he is running to bring a “local voice” to the board.

“I felt the select board needed to have the flavor of the people to understand the pulse of the town,” Sidelinger said. “That’s not something you can teach, that’s something you have from living here forever.”

One of the contributing factors to his decision to run was a desire to see “more transparency” from town officials, Sidelinger said.

“Town officials need to be accountable to the people they’re serving, because they’re the ones paying the taxes,” Sidelinger said.

Sidelinger, owner of the Damariscotta-based trucking company Yankee Pride Transport Inc., has been a vocal opponent of the proposed moratorium on retail development in public hearings.

“We developed a pretty comprehensive set of codes after the Wal-Mart fiasco, and I don’t want to see this divide the town again,” Sidelinger said.

One of Sidelinger’s biggest concerns is the town’s tax rate, “which seems to keep going up,” and the impact it has on elderly residents. In order to offer some relief, it’s important to have a mix of commercial development, Sidelinger said.

“Damariscotta is always going to be the hub of the county,” Sidelinger said. “The nonprofits want to be here and they’re doing great things, but we need some commercial tax base in here to offset that so that we don’t force our residents out because taxes are so high.”

Sidelinger has been heavily involved with Damariscotta Pumpkinfest and the Pemaquid Oyster Festival for a number of years. His company has also donated trucks and drivers to hurricane relief projects.

Sidelinger, who recently underwent major heart surgery and got married, said he only needs one more accomplishment to round out his year.

“I’ve got a new heart and a new wife, now I just need a new job,” Sidelinger said.