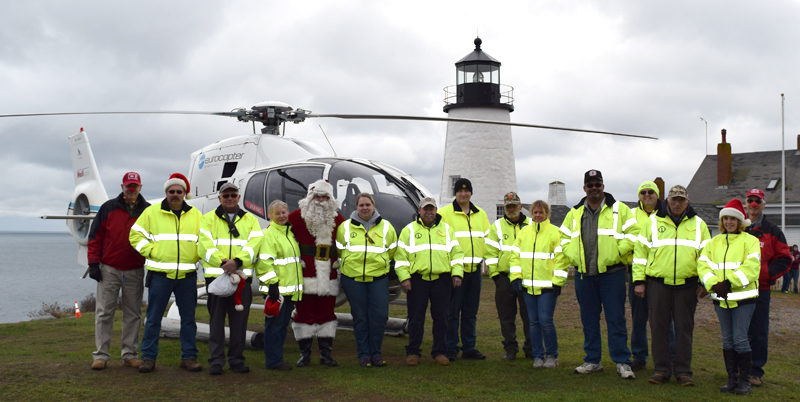 Santa Claus arrived by helicopter at Pemaquid Point Lighthouse Park shortly after noon, Sunday, Nov. 27, to hand out candy canes and pose for photos with dozens of excited children.

Since 1929, Santa has flown to lighthouses and U.S. Coast Guard stations along the New England coast.

Friendship pilot William Wincapaw started the flights as a gesture of appreciation to lighthouse keepers and their families, and to the crews of the Coast Guard stations. “Flying Santa” would bring small gifts to the often isolated outposts to thank the people there for their work to keep mariners safe. 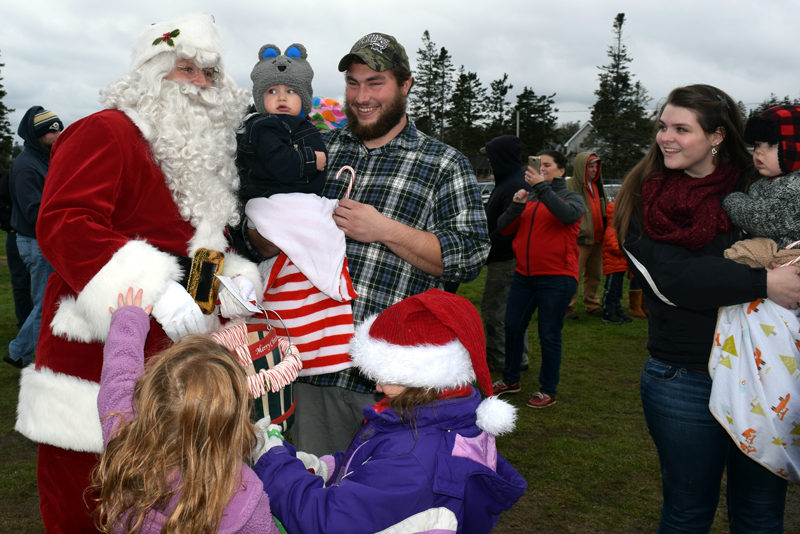 Santa Claus draws curious looks from a couple of babies as other children try to attract his attention during his visit to Pemaquid Point Lighthouse Park on Sunday, Nov. 27. (J.W. Oliver photo)

Friends of Flying Santa Inc. was formed in 1997 to ensure the flights would continue.