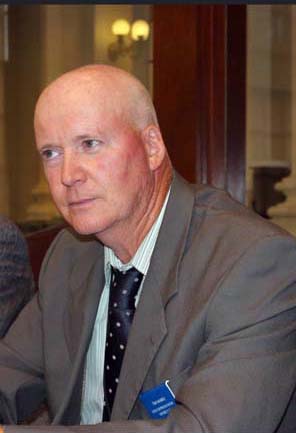 Marks represented House District 53 from 2012-2014. District 53 was Alna, Dresden, Pittston, and Wiscasset. The 2013 reapportionment of legislative districts swapped Dresden for Randolph and put Marks in District 87.

Marks lost his reelection bid to Hanley, then a political newcomer, by about 200 votes.

During his time in the Legislature, Marks was on the Criminal Justice and Public Safety Committee and the Inland Fisheries and Wildlife Committee.

Marks was a state trooper for 25 years before retiring in 2011. Later, he worked security at MaineGeneral Health in Augusta for five years.

Marks said he is running again because he enjoyed his time at the State House and feels he accomplished a lot.

“This election is going to be so much different than any other I have been in,” Marks said, referring to the impact of the coronavirus on campaign tactics.

If elected, Marks wants to focus his energy on the economy, jobs, the opioid epidemic, and mental health issues.

He expects the Legislature to have to work hard on the state budget, as he expects major cuts due to COVID-19’s impact on the economy.

Through his time in law enforcement and hospital security, Marks has seen firsthand how the opioid epidemic and mental health issues impact people’s lives.

“Working in a hospital these last five years has really opened my eyes to the mental health issues in the state of Maine,” he said. “We have a ton of people who are in distress.”

Marks grew up in the Pittston area and comes from a family of state troopers. He represents the public on the grievance commission for the Maine Board of Overseers of the Bar. The commission resolves complaints against lawyers for violations of the Code of Professional Responsibility.

Marks is an avid hunter and fisherman. A father of four, he enjoys coaching and watching his children play sports.

“I love being local. I’d never consider going anywhere else,” he said.

Hanley, the incumbent, sits on the Energy, Utilities, and Technology Committee.

A native of Gardiner and six-year veteran of the Maine National Guard, Hanley worked as an electrician, pipe fitter, and welder. Now semi-retired, he owns Blue Ice Self Storage on Route 27 in Pittston.