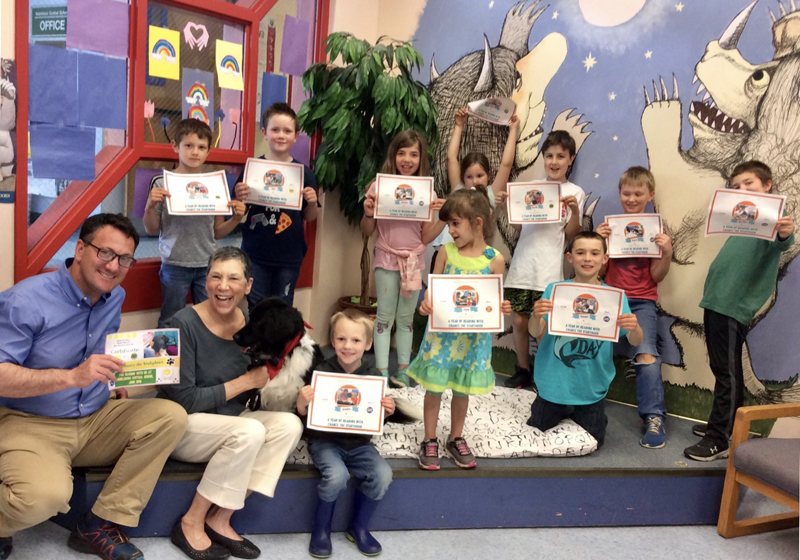 According to a news release from the Wellfleet Police Department, several 911 calls received at approximately 10:45 a.m. that day reported a surfer face down in the water at LeCount Hollow Beach.

A responding officer was able to bring Mackey to shore with the help of several other surfers. Wellfleet emergency responders immediately began life-saving measures including CPR before transporting Mackey to Cape Cod Hospital where he died. Wellfleet police investigated the incident and concluded that no foul play was indicated.

The staff of Nobleboro Central School provided the following statement to The Lincoln County News about his passing:

“Martin Mackey served as the NCS principal from 2018-2020. He was one of the most incredibly kind, caring and genuine people we have ever known. Martin would put others before himself. He always had a smile on his face and had a positive attitude, believing anything was possible. Martin’s sense of humor was infectious! He truly embodied one of his favorite phrases, ‘relentless positivity.’

“Martin loved the children at NCS and it showed every day…He tracked down cleats and sports equipment for those students who needed them. (He) visited homes of students bringing food and other necessities on a regular basis both before and during COVID.

“Martin often came into our classrooms participating in science experiments, music, PE … (His) caring about his staff was amazing. On his first day he made sure we had his cell phone number and told us to call or text him at any time … He knew all of our spouses and children’s names … 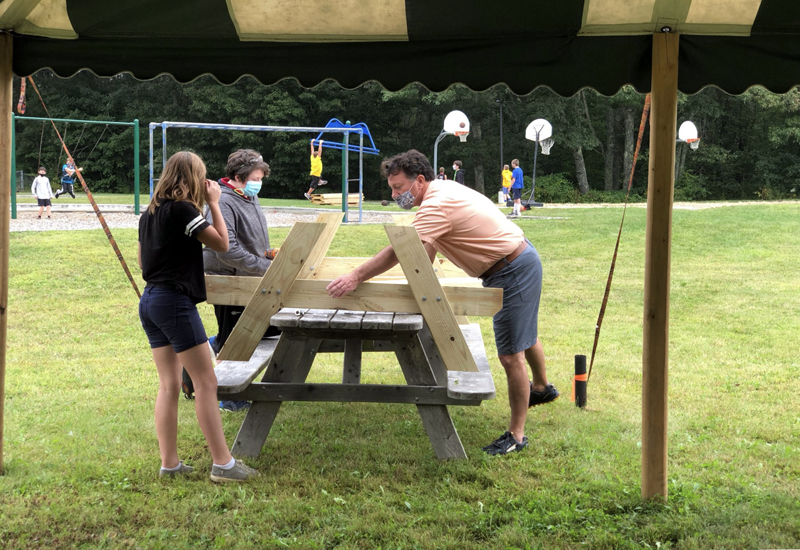 Some of our favorite memories of Martin were him sending us podcasts about things he thought we would find interesting and his love of visiting general stores, as well as learning and teasing people about Maine sayings. Martin was prepared for any moment outdoors. He often had his bike with him and went for a ride or swim before school or an evening meeting, sometimes forgetting a towel and looking a bit wet.

“Martin was a special person and will be greatly missed … He left us too soon. Our hearts go out to his family.”

AOS 93 Superintendent Dr. Craig Jurgensen shared his own experience with Mackey in an April 24 email: “Martin was a thoughtful and reflective school leader. He was effective, engaged, and well-liked. His enthusiasm for students and staff at NCS was genuine and apparent. He maintained a strong commitment to ensuring that the needs of all students were in the forefront every day. He advocated for the full inclusion of students with special needs and worked closely with teachers to provide each student with appropriate support and services. He was uncompromising in his work in this area.

“Martin’s enthusiasm for life was apparent, and contagious. He engaged his peers on the AOS administrative team in lively conversations about work and his educational philosophy, as well as family, music, outdoor sports, travel, and politics.”

Jurgensen reported that one text message he received after the news of Mackey’s death simply said about his passing, “He was a good man.”

During his tenure at NCS, Mackey was instrumental in preparing the school for in-person classes as the pandemic challenged educators’ abilities to effectively meet the needs of their students.

Mackey rolled out the Second Step pilot program to provide a more supportive learning environment for the school’s K-4 students. “It’s a cool program,” he said at the time. “The staff is on board and we are excited to be a part of it.”

Mackey proposed an increase in pay for substitute teachers from $75 to $100 per day that was supported unanimously by the Nobleboro School Committee.

Mackey was a past president of the Maine Association of Alternative Education. He held a Master of Science degree in special education and a certificate of advanced graduate study in educational leadership. He was certified by the Maine Department of Education as a K-12 special education teacher and principal. 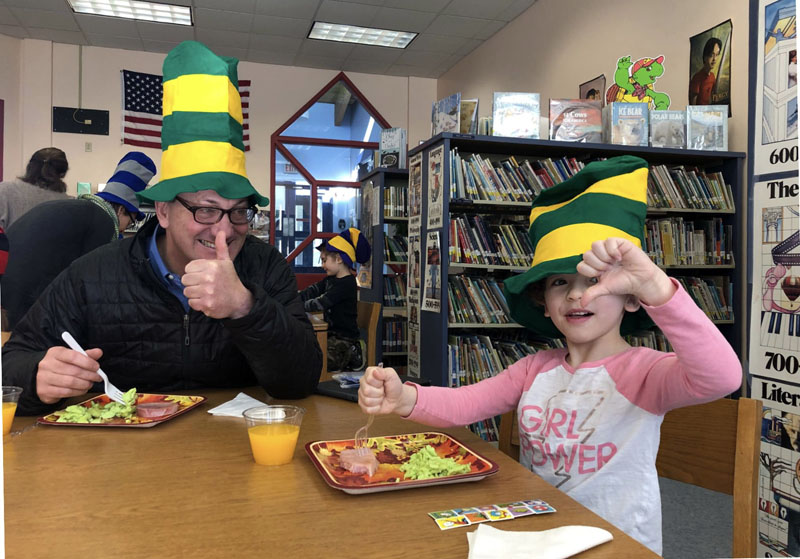 Former Principal Martin Mackey gives a thumbs up to green eggs and ham as he shares breakfast with kindergartners at the Nobleboro Central School. (Photo courtesy NCS)

As reported previously in The Lincoln County News, Mackey worked with at-risk students for over 18 years both in public schools and private wilderness therapy programs in the western U.S.

He was instrumental in the development and growth of multiple educational programs and provided professional development to a wide variety of educators and policymakers. He was always eager to collaborate with others to initiate positive change for Maine’s most fragile students.

Hilary Petersen, chair of the Nobleboro School Committee at the time of his hiring, said then that “Martin has a wonderful sense of humor and warmth that comes through the minute you communicate with him. His colleagues absolutely adore and support him and we feel lucky that he chose NCS as his new home.”

Mackey began his career in education with the Westbrook School Department before working his way from teacher to principal at the REAL School in Brunswick. The REAL School is an alternative and service-based school for students who struggle in traditional school settings.

Mackey started as principal of the Nobleboro Central School July 1, 2018. One of his goals was to foster and continue community involvement at the school, to create a community resource for students and families.

He resigned from the position on Dec. 11, 2020, citing personal reasons.

In a letter to the school community, Mackey wrote: “Personal circumstances with my family have made this a decision I can no longer delay. Words cannot express my gratitude and appreciation for your support these last three years. I feel deeply blessed and grateful for the opportunity to be a part of this wonderful community.”

Mackey took a position with the Maine Department of Education as director of the RREV program (Rethinking Responsive Education Venture). There he worked to develop projects that would further develop the culture of innovation in Maine schools.

Mackey leaves behind a wife and two children in Brunswick.