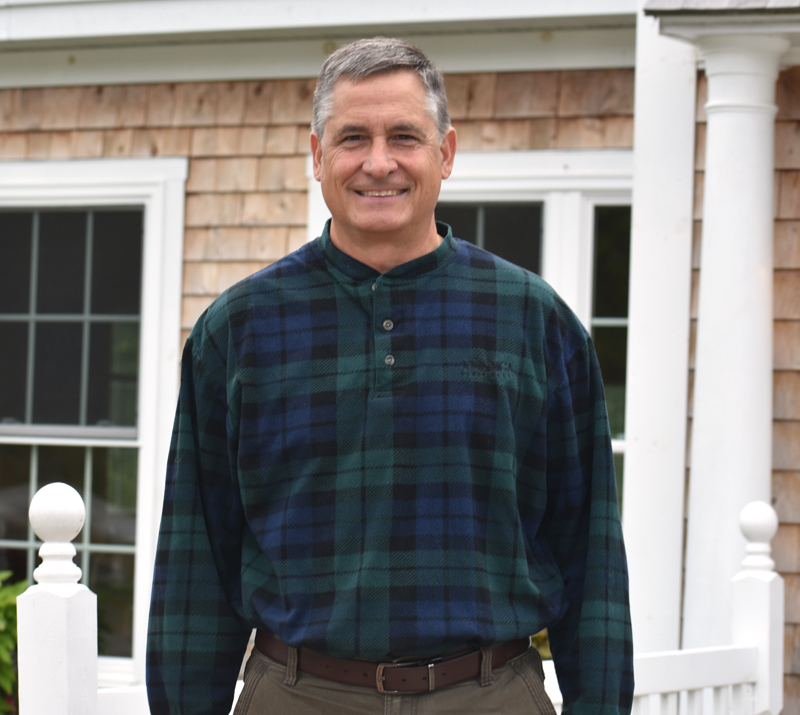 Lemelin has lived in Chelsea for 12 years. He said he stopped flying 20 years ago to take care of his son, Christian, who has spina bifida.

Michael Lemelin owns Curves in Gardiner and works as the business manager of his wife’s chiropractic office in Hallowell, in addition to caring for his son.

Prior to managing those businesses, Lemelin said he worked in the hotel and restaurant management industry. He opened a Red Robin Gourmet Burgers and Brews in Augusta and ran 11 Subway restaurants in the Augusta area.

Lemelin was born in Biddeford and graduated from Brunswick High School.

He worked as a pilot from 1989-1996, flying a variety of commercial and private aircraft.

Though he has never been elected to public office, Lemelin has run in the past for the Chelsea Board of Selectmen. He belongs to the Knights of Columbus, a Catholic fraternal organization.

Lemelin said he became interested in running for the Legislature after advocating for his son at the state and federal levels.

“I had to fight 20 years for my son and won every battle I went for and I was told, ‘If you can win for your son, why don’t you try and win for the people?” Lemelin said.

Lemelin is especially proud of his work to ensure the Baxter School for the Deaf in Falmouth didn’t lose funding.

“When I’m talking to voters, their number one concern is health care,” Lemelin said. “I’ve been told, going door-to-door, they can’t afford this, and as a small-business owner, I understand the impact of high deductibles and high copays.”

Lemelin said he is passionate about supporting small businesses. He said Augusta needs to work with “mom and pop” operations, an endeavor he sees as more important than helping big businesses.

Lemelin described small businesses as those with roughly 15 employees or less. He said that despite their size, they have a big cumulative impact on the state’s economy. He stressed the negative impact of ongoing minimum-wage increases, calling it a “tragedy” for business owners in the state.

Lemelin described the minimum wage as intended for 16-year-olds working their first job and said it is not feasible for small-business owners to pay an employee $10-$12 to be unproductive. He said rising labor costs are passed onto consumers.

However, Lemelin said he understands the minimum wage can’t go backward and it is important for people to earn enough to support their families.

Lemelin said he supports training programs to get people into jobs where they can make $15-$20 an hour.

“Do I believe in special training, ways to take young adults, older people, and single parents and provide them the resources to get higher-paying jobs? Absolutely,” Lemelin said.

Lemelin said he has heard concerns regarding the number of people in the district who aren’t working. He said that even if it is in a limited capacity, it is important for residents to join the workforce.

Lemelin said the state needs to do a better job to foster a pro-business climate and ensure entrepreneurs do not leave the state for areas where local governments are more supportive of startups.

“We can’t allow entrepreneurial minds to leave our state. We need to support them so they stay in Maine and build their businesses in Maine,” Lemelin said.

Lemelin said he is in favor of forming a multi-faceted special task force to deal with the opioid crisis, with the intent of ascertaining the root causes.

“If you don’t attack the catalyst and identify the driving force behind it, you can’t solve the problem and you are wasting time and money, and I don’t like to waste either. You have to identify the catalyst first,” Lemelin said.

Lemelin said applicable departments need to be funded in a manner that allows them to tackle issues associated with the crisis.

“The only thing the Legislature can do is provide funding for the proper departments to the deal with the matter. It is a serious issue, and if the funding is not there, the organizations involved can’t get it done,” he said.

The state’s education system needs changes, according to Lemelin.

“Our kids are not being properly educated. Organizations don’t have the resources they need in order to do the job they need to,” he said.

Lemelin said he opposes the Common Core State Standards Initiative and wants schools to get back to teaching fundamentals so students retain and improve on the skills they learn as they advance their education.

“We need to stick to the basics. It’s just like baseball or basketball. Kids want to hit or shoot, but they can’t because they don’t know the fundamentals. Kids are not being taught the fundamentals to a degree where they are proficient,” Lemelin said.

Lemelin said he believes the citizen’s initiative process is a misunderstood concept in Maine.

Lemelin said voters did not understand all the facts and impacts of several laws passed through the initiative process. He said that in these instances, it was incumbent upon the governor and Legislature to step in and ensure the constitutionality of these matters.