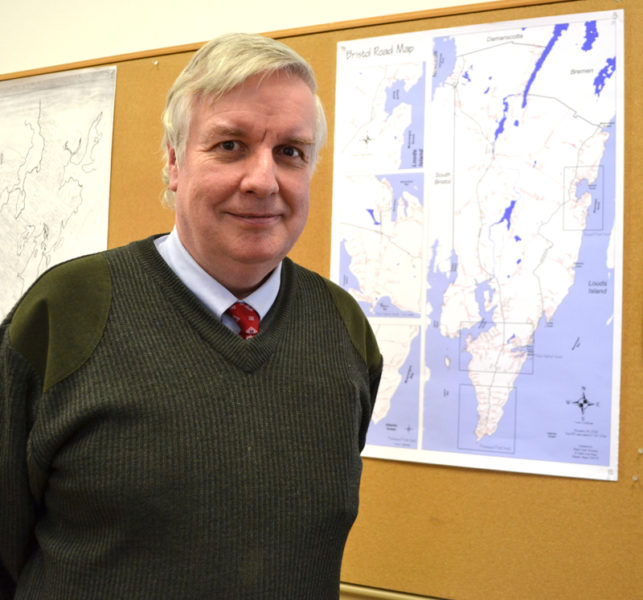 Hall, of Bristol, takes over the position from Kristine Poland, whose contract expired Dec. 31, 2016. Poland informed the Bristol Board of Selectmen of her decision not to renew her contract in September 2016.

Hall was one of 28 applicants for the job. After conducting interviews with a number of candidates, the selectmen narrowed the field to two finalists. The board met with the candidates separately after Christmas before making their final decision, according to Chairman Chad Hanna.

“It was a very difficult choice for sure,” Hanna said. “We had some great candidates. We were very fortunate about that.”

The board selected Hall for the job in hopes that he would bring a “fresh outlook” on the town, Hanna said.

“Through the interview process, we said we weren’t looking for a major change of how the town does business, but we did want a fresh outlook to make sure we weren’t missing anything,” Hanna said. “We weren’t looking for anyone to come in and do a major overhaul. We wanted someone to step in and continue with the work we’re doing and make improvements.”

Hall’s professional background was also a factor in the selectmen’s decision, Hanna said. In 2000, Hall, D-Bristol, was elected to the Maine House of Representatives in the former District 56, which consisted of Bremen, Bristol, Cushing, Damariscotta, Friendship, Monhegan, and South Bristol.

In 2002, Hall was elected to the Maine Senate for District 16, which included all of Lincoln County, as well as Pittston and Windsor. He served one term in the Senate.

“He’s familiar with how state government operates. He doesn’t have direct municipal experience, but we didn’t feel like that was an absolute necessity,” Hanna said.

Hall’s first day on the job was Monday, Jan. 9. Hanna said one of the first tasks Hall will face will be the review of the town budget.

“It is budget season, so he’ll dive right into that,” Hanna said.