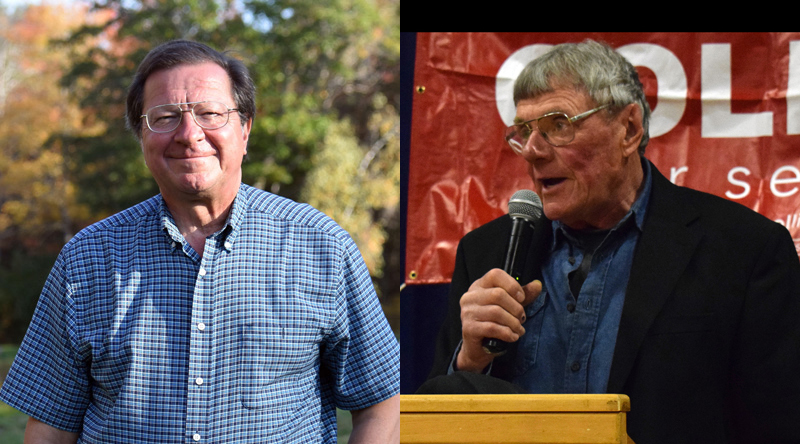 Wallace was a selectman for two three-year terms when Lee Smith was town manager, he said.

Wallace said the primary reasons he entered the race are his opposition to Gov. Janet Mills’ budget and his desire to gain another seat in the House for Republicans.

“I’m running against an independent, but I’d like to get the seat to give Republicans a boost. The budget is the big thing for me, but getting the seat would be big if we can do it,” Wallace said.

Wallace described himself as very fiscally conservative. His professional background is in the retail and wholesale industries.

“I’d like to try and get a handle on the budget. I know it is a small part to play, but every vote counts,” Wallace said.

Wallace said he worked for several companies over the years in Maine, New Hampshire, Massachusetts, and Connecticut. His last retail job was as a district manager with Renys.

Wallace described himself as a “pretty true grit Mainer.” He has worked on his son’s lobster boat in Friendship during past years and allows shellfish harvesters to access the clam flats from his property in Waldoboro.

Evangelos, meanwhile, is seeking reelection “to continue the good work I am doing in Augusta,” he said.

Evangelos pointed to increases in the homestead exemption, revenue-sharing, and aid to public education as successes and reasons he wants to head back to the State House.

“I want to continue to work on affordable health care and prescription medication,” Evangelos said.

Regulation of the lobster industry is another area of importance for his campaign.

“I want to continue the fight against any unreasonable regulations on our lobster industry. The guys in Friendship and I have been leading the fight to get better regulations and more discussion. Not one Maine lobsterman has hurt a whale, and to penalize us when there are ship strikes up in Canada is wrong,” Evangelos said.

“It is on the ballot in November and I want to be involved in continuing to talk to voters about the issue,” Evangelos said.

Evangelos said the project does not make sense for Maine.

“Can you imagine if Maine discovered a power source, ran it through the Berkshires, and wanted it to take a left turn on up to Maine? What would Massachusetts say? They would laugh us right out of the ballpark,” Evangelos said.

A former business owner, school administrator, and town manager, Evangelos served two consecutive terms in the House from 2012-2016, didn’t run for reelection in 2016, then returned to the House in 2018.

Evangelos does not caucus with either party. He is running as a clean elections candidate.