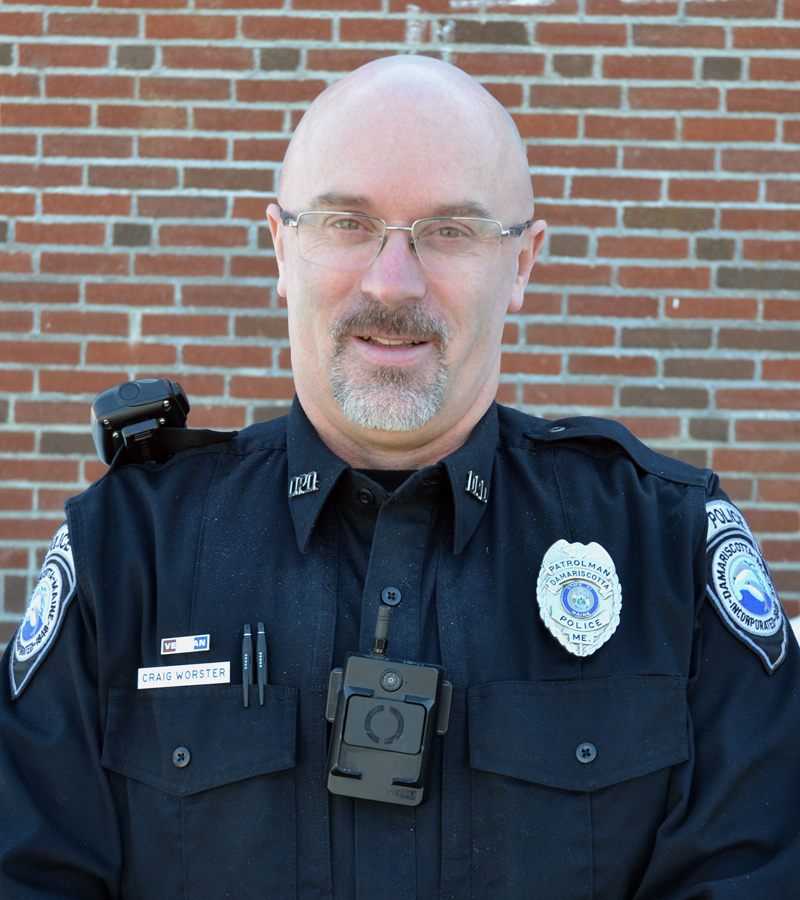 Worster served nine years with the U.S. Coast Guard and U.S. Army before working for the Ridgefield Police Department in Connecticut for 18 years, where he reached the rank of lieutenant.

He recently worked for the Wiscasset Police Department, which he joined in September 2016. One year later, he was promoted to sergeant, the second-ranking officer in the department.

Worster resigned from the Wiscasset Police Department in December 2018 and took a job with Two Bridges Regional Jail, but soon realized he preferred law enforcement over corrections.

Having worked for the Damariscotta Police Department as a reserve officer for more than a year, Worster said the decision to join the full-time roster was not a hard one.

“I really like the philosophy on community policing, the relationship with the public, and just the overall positive nature of the department,” Worster said.

Worster spent part of his time in Wiscasset as a school resource officer, and hopes to spend time at Great Salt Bay Community School in Damariscotta.

“One of the things I’ve found myself missing is being able to go into the schools, eat lunch with the kids, and just talk with them,” Worster said. “The ability to have that connection is paramount to encouraging a young person who might one day go into law enforcement or become a police officer.”

“Being a positive role model to this next generation is imperative,” he said.