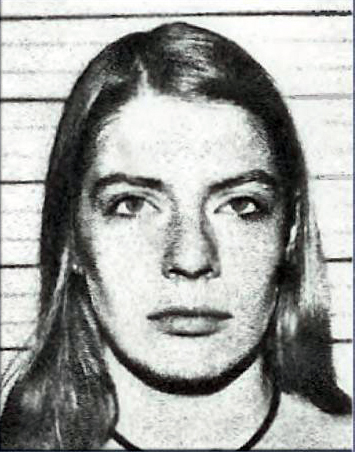 In the summer of 1975, Gerald Ford was president, gasoline cost a little more than 50 cents a gallon, and out-of-state visitors flocked to Maine’s beaches, lakes, and forests. But that rainy summer was far from idyllic. Lincoln County recorded a murder, one that has remained unsolved in the nearly five decades that have passed.

Found in the water near a bridge on Lynch Road, the victim was believed to be between 16 and 25. She was “wearing a long-sleeve dark blue jersey top, underwear, blue socks, low brown shoes with crepe soles and several pieces of jewelry.”

The identity of the woman was initially unknown, but police speculated that she may have been working seasonally as a waitress. Working out of a makeshift command center at the Pioneer Motel in North Edgecomb, detectives questioned residents and searched the area.

Almost immediately, they hit roadblocks. Lt. William Brown told the LCN: “right now we have nothing new but we’re hoping for a break.” Those with information were asked to contact the state police or local authorities.

The following week, the Aug. 28 edition of The Lincoln County News identified the dead woman as Florence E. Lauze, 19, of Brockton, Mass. Identification was ascertained through photographs, jewelry, and dental records.

The article reported that “State Police say Lauze may have been traveling to Damariscotta when she was killed.” Her father, David W. Norcross, lived on Back Meadow Road at the time of the murder. Her mother lived in Brockton.

By the Sept. 11, 1975 edition of The Lincoln County News, the hitchhiking theory had been solidified. The article reported that “Authorities say Lauze may have been hitch-hiking from her Brockton home to her father’s home, when the apparent murder occurred.” Given that the body was found near Route 1, the theory explained how a woman from Massachusetts was found in Sherman Lake.

By 1977, the case had seemingly dried up. The March 10 edition of The Lincoln County News had an article on the case under the headline “Murder case still puzzles officials.” Noting that the second anniversary of the murder was approaching, the article stated: “Although the date and cause of death can be pinpointed, a recent conversation with authorities reveals police are not much nearer an explanation of the case then they were on Aug. 16, 1975, the day the body was found.” For the next 40 years, the unsolved murder of Florence Lauze disappeared from the pages of local newspapers.

In 2017, Sarah Sherman McGrail, a local author, wrote an article on the case that was published in the Boothbay Register. Seeing the murder on a list of unsolved homicides in Maine, she became intrigued and started extensive research. In a phone interview, she said, “I used to work in Damariscotta and often took the road (where the murder occurred).”

Her research led to contacts with police officials in two states, as well as those who lived near the scene of the crime in 1975. As the first person to cover the story in 40 years, McGrail said the story needed “to be kept alive” after so many years.

In Maine, unsolved murders fall under the purview of the Unsolved Homicide Unit. Funded by the Legislature in 2015, the unit’s webpage states that an unsolved homicide “is a known or potential homicide case in which three years or more has passed without an individual having been charged.” Led by Lt. Jeff Love, the unit investigates murders dating back to the 1950s. Lauze is listed on the page, along with 74 other unsolved murders.

In an email, Love confirmed that the Unsolved Homicide Unit is still trying to provide justice for Lauze.

“The case is open and active,” Love said. Detective Josh Birmingham is the primary investigator and “has recently worked on the case.”

Love said retracing Lauze’s footsteps from Brockton to Newcastle “has proved to be difficult … but not impossible.”

According to Love, detectives working the case have generated new leads over the years, including ones that have taken them out of Maine. All leads are vetted, but the most credible are compared to the existing case file.

Solving an unsolved murder is difficult, especially one that occurred in the 1970s. “These are the toughest cases Maine has,” Love said.

But Lauze has not been forgotten and the investigation into her murder continues. Those with information about the case are asked to call 624-7143 or leave a tip online at maine.gov/dps/msp/about/report-crime/major-crimes-unit-central.

Lauze would be 64 today. Her life, which had just begun, was taken from her. Denied the opportunity to follow her dreams, pursue a career, or start a family, Florence was killed and dumped in Sherman Lake. Since that summer morning in 1975, no arrests have been made and closure has eluded Lauze’s family. Please come forward if you know anything that could assist Love and the police officers still faithfully working on this case.