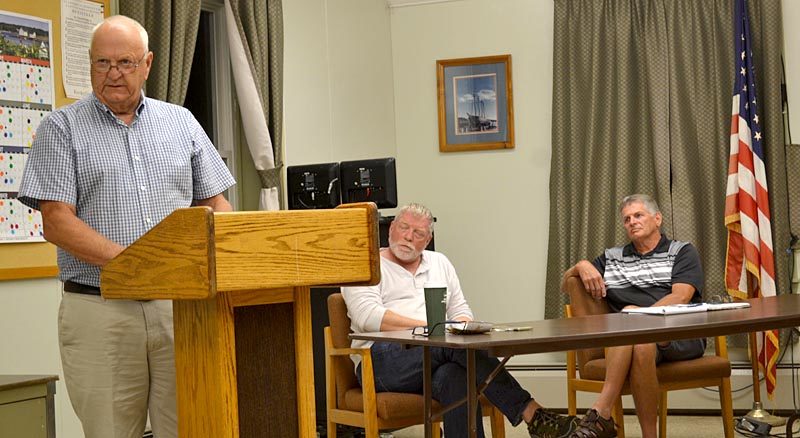 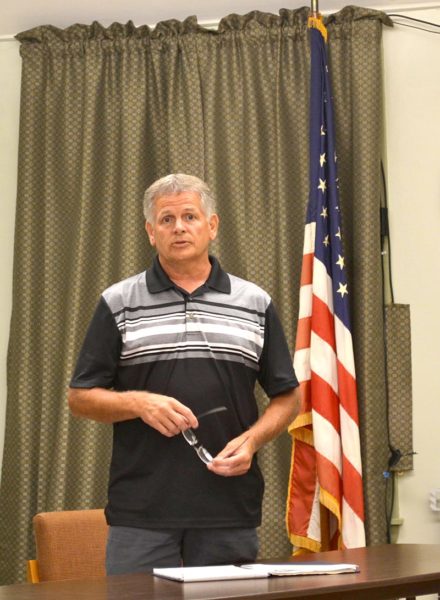 Merry had organized the forum to discuss the town manager form of government and the referendum-style town meeting.

While the tax bills that will soon be sent out in Wiscasset were more of an issue than the form of government, some residents said, those in attendance requested a follow-up meeting with an expert to lay out the pros and cons of the two forms of government, and expressed interest in forming a committee to explore a possible transition.

According to former Selectman Bob Blagden, residents voted down a charter with Wiscasset-specific rules.

The Wiscasset Board of Selectmen currently receives a collective stipend of $12,600, according to budget documents. The chair receives $3,000 and the four other selectmen $2,400 each.

Several in attendance were lifelong residents of Wiscasset and remembered both forms of government. There was some minor disagreement over what prompted the change.

The town manager’s salary for 2016-2017 is $83,232, according to budget documents. That cost could be reduced if the town manager position was eliminated in favor of a town administrator, Merry said.

With a town manager, the board of selectmen focuses more on policy issues.

Resident Steve Mehrl argued in favor of the current form of government. The redevelopment of Mason Station properties and other town properties, such as the former primary school, require an expertise that many selectmen may not have, Mehrl said.

The economic development is sorely needed in Wiscasset, Mehrl said.

With Wiscasset taxpayers facing a significant hike in their tax bills, the tax rate is a much more significant issue than whether or not Wiscasset has a town manager, several residents said.

The tax hike is one reason Merry will continue to advocate for an open town meeting instead of a referendum, he said. The referendum-versus-open-town-meeting discussion is a separate issue that is not impacted by the town-manager-versus-town-administrator form of government.

In a referendum, voters are not educated about the warrant articles and do not understand the impact they will have on their tax bills, Merry said.

According to resident Carl Amirault, whether voters approve a budget or vote it down, it will not matter, because the people running the town will do what they want to do. Amirault pointed to the Wiscasset Police Department cruiser as an example.

With the mil rate set to increase significantly, “some people in Wiscasset are going to be in rough shape,” Amirault said.

Several residents also pointed to the lack of public attendance and participation at selectmen’s and budget meetings as a major problem with town government.

Rines said he is in favor of switching from the current form of government to a town administrator, but opposes returning to an open town meeting, a process which disenfranchises many residents who are unable to attend the meeting, he said.

Wiscasset Board of Selectman Chair Judy Colby and Vice Chair Judy Flanagan said they are in favor of maintaining the current form of government. “I prefer this type of government,” Colby said. “I agree people need to get involved. That’s what’s missing.”

For Town Manager Marian Anderson, the form of government is a decision the residents of Wiscasset must make. “I thought this was a good meeting,” Anderson said. “It’s always important to talk about government. That’s what makes a small town great.”

At the request of residents in attendance, Merry agreed to schedule a follow-up meeting. Residents also requested a committee to take a more in-depth look at the pros and cons of the two forms of government.

In order to change Wiscasset’s form of government, a process outlined in Maine statute must be followed, which could take more than a year, Merry said.