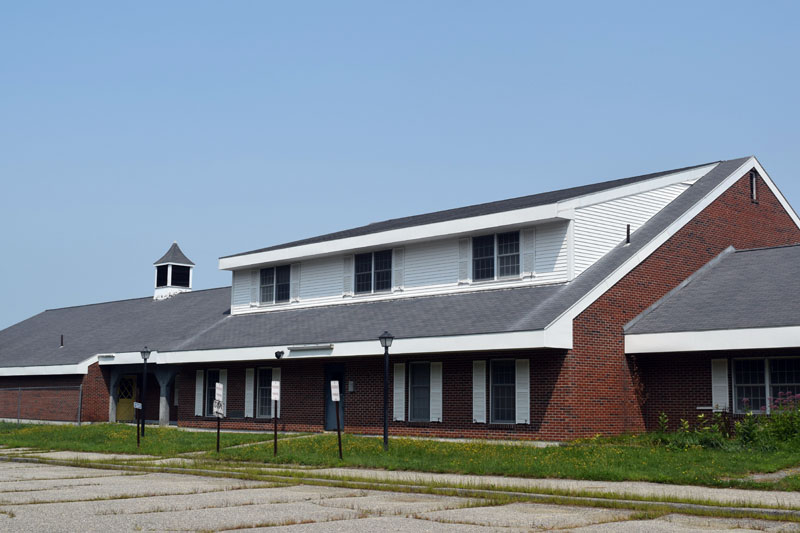 Wiscasset Police Chief Larry Hesseltine said the four suspects’ families are cooperating with the department and owners of the building to repair some of the damage. No charges have been filed.

The police department is still seeking to identify a number of individuals who were recently captured on security cameras in the building.

“Over the past few years the (former Wiscasset) Primary School on Gardiner Road has been the target of multiple break ins. Several arrests have been made with more pending,” the department said in a Facebook post on Oct. 18.

The post included images of the suspects from security cameras, and asked that anyone who may be able to provide information on the incidents contact the police department at 882-8203.

Hesseltine said that a pattern of vandalism on the property at 146 Gardiner Road has persisted since 2018, when the department found that “vagrants” were using the building as a shelter and a location to participate in illegal drug activity.

He emphasized that the building is not a safe place for children or young adults to be exploring in their free time. Trespassers have broken sheet rock, emptied fire extinguishers, dumped out paint cans, broken windows, and drawn graffiti throughout the building.

Hesseltine said that it is difficult for the department to monitor trespassing and vandalism on the property as the department’s three full-time officers are “pulled in 400 different directions.” He suggested that hiring a full-time student resource officer would help to alleviate some of the load on the department.

The town lost its student resource officer position in June when it rejected funding at the annual town meeting.

The Wiscasset School Committee voted to close the school in late 2014 due to declining enrollment throughout the department. The property was purchased by JSJ Holdings, LLC, for $505,000 in early 2017.

The development group began talks with the town to redevelop the property as rental housing in 2019.

Wiscasset Town Manager Dennis Simmons said on Oct. 21 that discussions with JSJ have been ongoing since that time and that he hopes to make an announcement on the building’s future soon.

The town will vote on the district budget in June 2022.