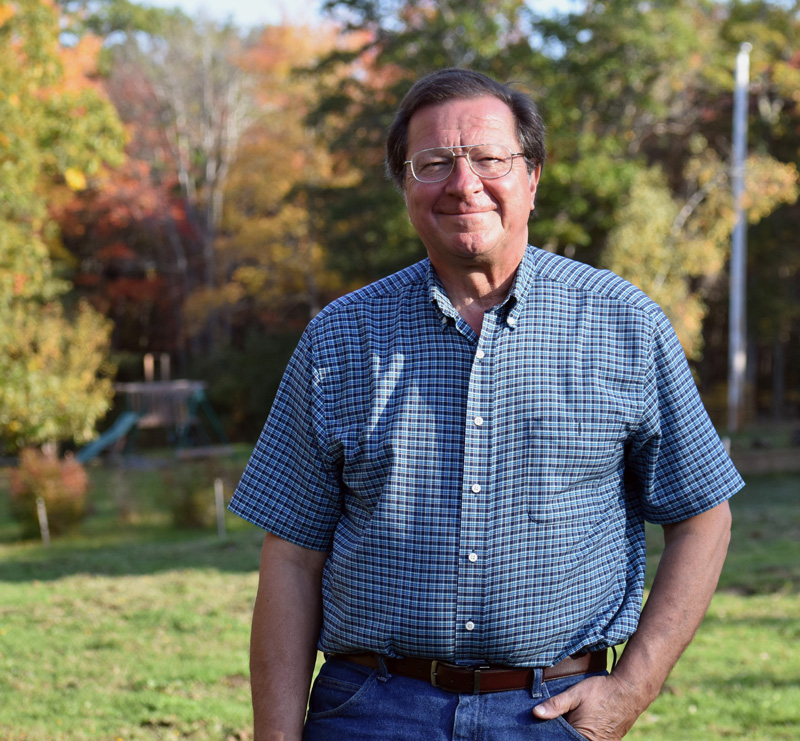 After deciding not to run for re-election in 2016, Jeffrey Evangelos, I-Friendship, hopes to recapture his seat in House District 91: Friendship, part of Union, Waldoboro, and Washington.

Evangelos stressed his support for working people and affordable health care, and said he was motivated to run again by the partisan dysfunction present in state and national politics.

“This is my third campaign in the last six years and I’m proud I’ve never sent out a negative mailer. My messaging is always positive,” he said.

Evangelos said input from constituents also encouraged him to re-enter the political arena.

“I had a lot of people ask me to run again. I’m known as a very effective legislator. People know I have high ethical standards. I’m not happy with the direction the state and federal government is heading in, so I said, ‘OK, I will run again,’” Evangelos said.

Evangelos said the state has a rainy-day fund of $150 million for use in times of emergency.

“Well, it is my opinion that 70,000 people without health care is an emergency,” he said, a reference to his support for Medicaid expansion.

Maine voters approved the expansion of the program, which provides health insurance to low-income Mainers, in November 2017, but the administration of Gov. Paul LePage has yet to implement it.

Evangelos vowed to maintain his past track record of independence.

“I’m pretty disappointed in the tone of politics and all the divisiveness. I’ve always operated from the middle and never caucused with either party,” Evangelos said.

Evangelos said he supports local agriculture and the district’s commercial fisheries, farmers, first responders, and veterans. He said he will work hard if elected, pointing to his 100 percent attendance record in the past.

Evangelos wants to combat what he described as a regressive tax structure in the state.

“Too much has been done to improve the top 10 percent and top 1 percent’s standard of living at the cost of working people,” he said.

Evangelos said inadequate funding of education and state-municipal revenue sharing has compounded rising property taxes for Mainers across the state.

Evangelos specifically took exception to recent tax cuts, explaining the benefits were limited to a small portion of the state’s population.

Evangelos said his constituents are concerned about livable wages and affordable health care.

“We can’t have health care for some. That is terribly detrimental to our society. I believe health care is a universal human right,” he said.

Evangelos said he supports the recent and ongoing increases in the minimum wage, though he also supported the Legislature’s modification of the law to exempt workers who earn a substantial part of their income from tips.

Evangelos said that when low-wage workers need food stamps, it is the employers who are paying sub-standard wages who are being subsidized by the taxpayers.

“A good job is very curative. It leads to a lot of good. It’s a virtuous circle,” Evangelos said.

Evangelos said he wants to tackle the state’s ongoing opioid crisis, stating he will continue to support treatment options.

“I’ve talked to Knox County Jail and Two Bridges, and both sheriffs agreed incarceration is not the answer. We need to treat the problem, not just the symptoms,” Evangelos said.

Evangelos said his proudest achievements occurred when he was a business administrator for MSAD 40, where he worked to raise wages and supply health insurance to the school district’s support staff – bus drivers, custodians, lunch workers, secretaries, and teacher’s aides, receiving unanimous support for his proposals from the school board.

“We had a fantastic run: 16 years of balanced budgets where we oversaw the construction of five schools,” Evangelos said.

Reflecting on his time with the district, Evangelos said he is proud of the work he did with Superintendent David Gaul to construct athletic and educational facilities throughout the district, including modern facilities for Friendship, Union, Waldoboro, and Washington.

“I’m proud of the fact we brought athletic facilities, gymnasiums, and cafeterias to the school district’s middle schools,” Evangelos said.

Originally from Concord, Mass., Evangelos graduated from The College at Brockport, State University of New York, with a bachelor’s degree in economics and history before going on to earn a master’s degree from the University of Maine at Orono in American history.

After college, he worked in public administration in Washington County for two years before being hired as Warren’s town manager at the age of 23 and going on to work for MSAD 40 for 15 years.

According to Evangelos, during his time in Warren, he helped with construction of a new fire station and town garage, while utilizing labor from the Maine State Prison, then in Thomaston, to complete the footbridge at Payson Park.

Evangelos ran an import business in Waldoboro for around 20 years, traveling to Afghanistan and Pakistan on buying trips before 9/11 made travel to South Asia less feasible.

Evangelos lives on a self-sufficient farm on Waldoboro Road with his wife, Harolyn York.