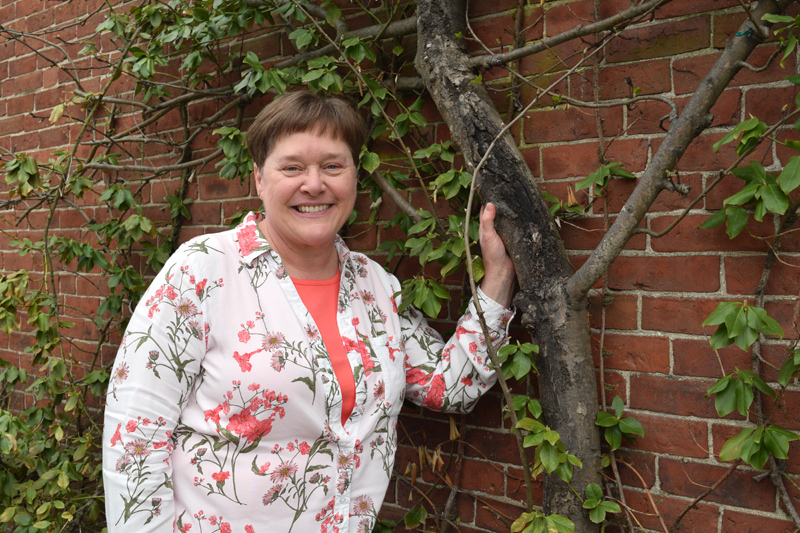 A Whitefield author and small-business owner uses her experiences as a photographer and former lighthouse keeper to connect people with nature.

Lee Ann Szelog, 58, has lived in Maine for 45 years, including 11 as president of Simply Put LLC. Through her business, Szelog is a speaker and coach who helps individuals and organizations improve communication skills, attitudes, job satisfaction, teamwork, and wellness. The goal of her work is to help people maximize happiness in their personal and professional lives.

“I loved training so much that I wanted to expand my horizons, expand my audiences, and took the leap of faith, let go of the security blanket 11 years ago, and started my own business,” Szelog said.

Before starting her business in 2008, Szelog spent 28 years in the corporate realm. She spent most of that time at Camden National Bank in Thomaston and Camden from 1989-2008, where her last role was vice president of education and development.

“Thirty-one years ago I was just getting started in my career. I was racing to get ahead,” Szelog said. “Now I reflect back and I think, ‘Who was I racing with and what was I racing for?’”

Her husband, Tom Szelog, a professional wildlife and nature photographer, inspired her to spend more time in nature.

After getting married, the couple moved into Marshall Point Lighthouse in Port Clyde, which gave them the urge to write their award-winning first book together – “Our Point of View: Fourteen Years at a Maine Lighthouse.” The couple lived at the lighthouse from 1989-2002.

The book won a gold medal from the Independent Publishers Association for Best Regional Non-Fiction and took the title of Best Maine-Themed Book in the Maine Literary Awards, Szelog said.

Szelog had seen a poster on a community bulletin board looking for volunteers to help restore the lighthouse. Afterward, she discovered the lighthouse was going to have a tenant living on the second floor. The couple decided to do both.

Szelog said it had been her dream since she was 6 years old to live in a lighthouse.

At the lighthouse, the couple took photographs and documented stories about the wildlife, storms, visitors, and the changing of the seasons. The book was made up of some of those photos and excerpts from journals.

Now, the couple lives in a small cabin on 70 acres in Whitefield, where they watch animals and guess how many species of wildlife they will see in a day.

Similar to their approach to the first book, the couple decided to document the nature around them at the cabin on the East Branch of the Eastern River. The resulting book, “By a Maine River: A Year of Looking Closely,” has one nature photo for every week of the year.

For the last five years, the couple has taken their work to a new medium – film.

The goal of their forthcoming film, a documentary about wildlife and nature, is for people to “experience peace in a forest,” Szelog said. The feature-length film documents the ecosystem in Whitefield. It is now in post-production, but Szelog doesn’t know when it will be released, because only she, her husband, and another person are doing the work.

At Simply Put LLC, Szelog is a life and nature coach. During one-on-one therapeutic meetings, she gives life assignments to enhance wellness. She has people do as she does – buy journals, take time to write about what they see outside, and disconnect from their devices.

In addition to her speaking commitments and one-on-one sessions, Szelog hosts retreats called “Nature Nurtures,” bringing a small group of 10-15 people together for a day.

The retreats are “for anyone who wants to start learning more about the natural world” as well as lifelong nature lovers who “want to share it with others,” Szelog said.

The retreats are held at calm places with nature readily available, and are open to people at all levels of physical health.

Participants get to know each other before starting the day with activities, such as going outside and exploring, using their senses to experience nature, and regrouping to talk about what they felt.

She teaches participants that “Whenever you are going into the natural world, respect it, and realize you are a guest in that home, and we’re not there to be intrusive, we’re there to appreciate that home.”

Szelog’s next retreat will take place at Camp Kieve’s Kennedy Learning Center, on Damariscotta Lake in Nobleboro, from 8:30 a.m. to 3:30 p.m., Monday, June 10.

The retreat costs $125, which includes lunch. To register, email Szelog at lee@simplyputllc.com.

Szelog said she brings real-life experience to the table. Her “certification is from Mother Nature herself,” she said. “It doesn’t get any better than that.”

She does not claim her work to be a replacement for therapy, but calls it a “therapeutic” option for people to reenergize and reduce stress in their lives.

Just like exercise, Szelog said people need to set goals for themselves to disconnect from their phones and computers and enjoy nature.

“The most difficult thing to teach people is that discipline, and the reason being is that we have so much on our plates,” Szelog said.

Whether someone can attend a retreat or not, Szelog said anyone can add to their wellness by blocking off five or more minutes out of a daily schedule to spend in nature or simply look at it.

“Every time you walk out your door, look around you, at all the life,” she said.