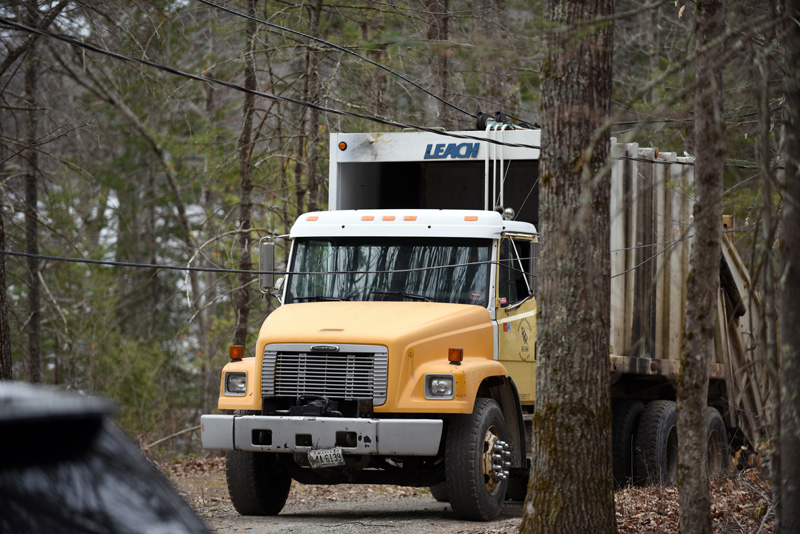 A Regional Rubbish Removal Inc. garbage truck became entangled in a low-hanging power line while backing into a driveway at 70 Lincoln Lane in Newcastle on Wednesday, April 25.

The driver, Bruce Russell, said he stopped backing up when he heard something hit the roof of the truck, and saw power lines draped across his windshield.

According to Huntley, the homes on the street were without power.

Deputies advised Russell to stay in the truck until Central Maine Power Co. could come and make sure the power lines were shut off.

CMP arrived around 8:55 a.m. and shut off the power, releasing Russell from the truck.

The crew was then able to use poles to lift the lines from the top of the truck, where they had been snagged.

According to Lincoln County Sheriff’s Deputy Kevin Dennison, the power lines had been damaged by a storm last fall, causing them to hang low enough to be caught by the garbage truck.

Norm Bryant, of CMP, said the accident caused “minimal damage” as far as the power lines go, but he could not speak for the phone and cable lines that had also been snagged on the truck.

“It’s just one of those freak things that happens,” Bryant said.