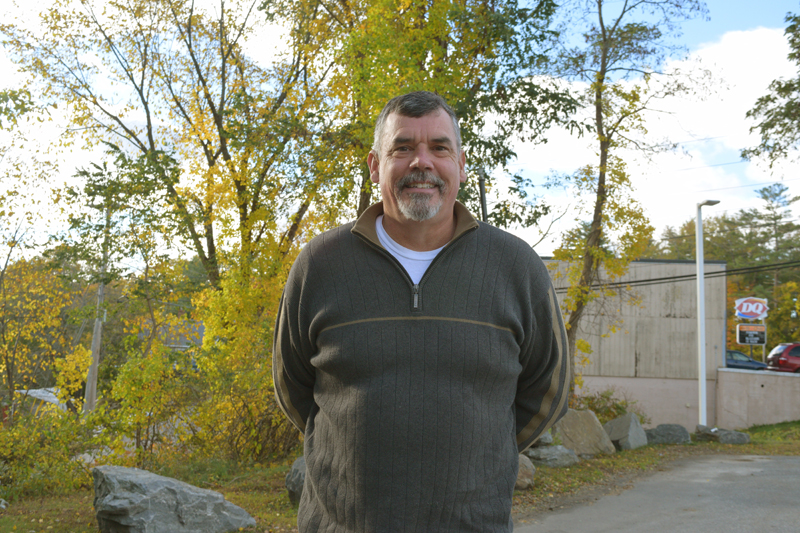 Donaldson aims to bring a conservative philosophy to the Senate. He opposes further increases in the minimum wage, opposes Question 1, and wants to see Maine reduce taxes.

Donaldson has lived in Georgetown for nearly 30 years. He is a selectman, a lieutenant on the fire department, and a former chair of the planning board.

Donaldson’s experience as a firefighter gives him firsthand experience  with the opioid crisis, he said. “It’s hard to legislate our way out of this,” he said.

He believes first responders and police must have access to the overdose-reversing drug Narcan and the proper training to respond to an overdose.

People who bring drugs into the state should face long-term incarceration, he said.

“Certainly if many laws are enacted, we have to have professionals give their input so we’re making laws that make sense and they don’t just make us feel good, they actually have a positive impact,” Donaldson said.

He said there needs to be proper treatment available, but thinks mandatory treatment is “a waste of time” because people will be more dedicated if they choose treatment of their own volition.

Donaldson graduated from Hamden High School in Connecticut. He is married and has two adult sons.

Donaldson opposes the forthcoming increases in the minimum wage. Under current law, the wage will rise from $10 to $11 in January 2019 and $12 in January 2020.

Donaldson views this as a problem for small businesses trying to stay afloat, especially during the winter when they have a smaller customer base.

The increases might lead to higher unemployment if employers cannot afford the higher wage, he said.

More people should be encouraged to go into vocational training, Donaldson said. He thinks people can make the transition from a minimum-wage job to a good-paying trade easily by taking classes locally. He said this would lessen the technical skills gap in the state.

The increase in minimum wage was a result of a citizen’s initiative. Donaldson said that as he has campaigned door to door, many people have told him they are “tired of these initiatives.”

Bills should be passed as they were intended, Donaldson said: by going through the legislative process. “The Legislature is supposed to be paid to legislate, to make rules, to make laws,” he said.

Donaldson criticized the influence of out-of-state money on citizen’s initiatives. “I just don’t know if the people of Maine want that,” he said.

In addition, Donaldson said he has heard from other legislators that the laws proposed in citizen’s initiatives are poorly written and need to be fixed.

Donaldson said the state’s labor shortage is tied to many economic factors, including taxes. He said a recent report shows that Maine has the third-highest tax burden in the U.S.

Donaldson said he supports a 2016 law that eliminated the income tax on military pensions. He cited it as an example of how to make Maine a more desirable place to live.

If Maine wants to keep its young people in the state, especially after they graduate college, it needs to reduce its overall tax burden, Donaldson said.

Donaldson views Question 1 on the Nov. 6 ballot as a deterrent to keeping people in Maine, as if would further increase taxes if it passes.

Question 1 would provide universal home care for senior citizens and people with disabilities, which the state would pay for with a 3.8 percent tax on individual and family income above $128,400.