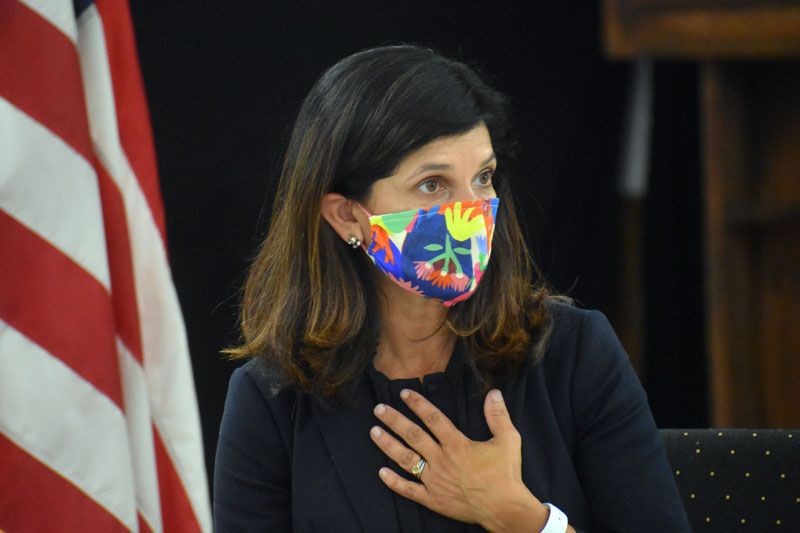 After visiting the Bremen waterfront in mid-July and an East Boothbay marine lab last week, U.S. Senate candidate Sara Gideon returned to Lincoln County for a roundtable discussion on how the federal government can better serve veterans at Waldoboro’s Veterans of Foreign Wars Post 4525, Tuesday, Aug. 11.

At the meeting, veterans relayed their experiences returning to civilian life and conveyed the need to ensure veterans can readily access the benefits and educational opportunities they earned by serving their country.

“Too many veterans we just leave on their own. We aren’t helping them out, both at a time when that help is most acutely needed and throughout their lives and their families’ lives as well,” Gideon said. 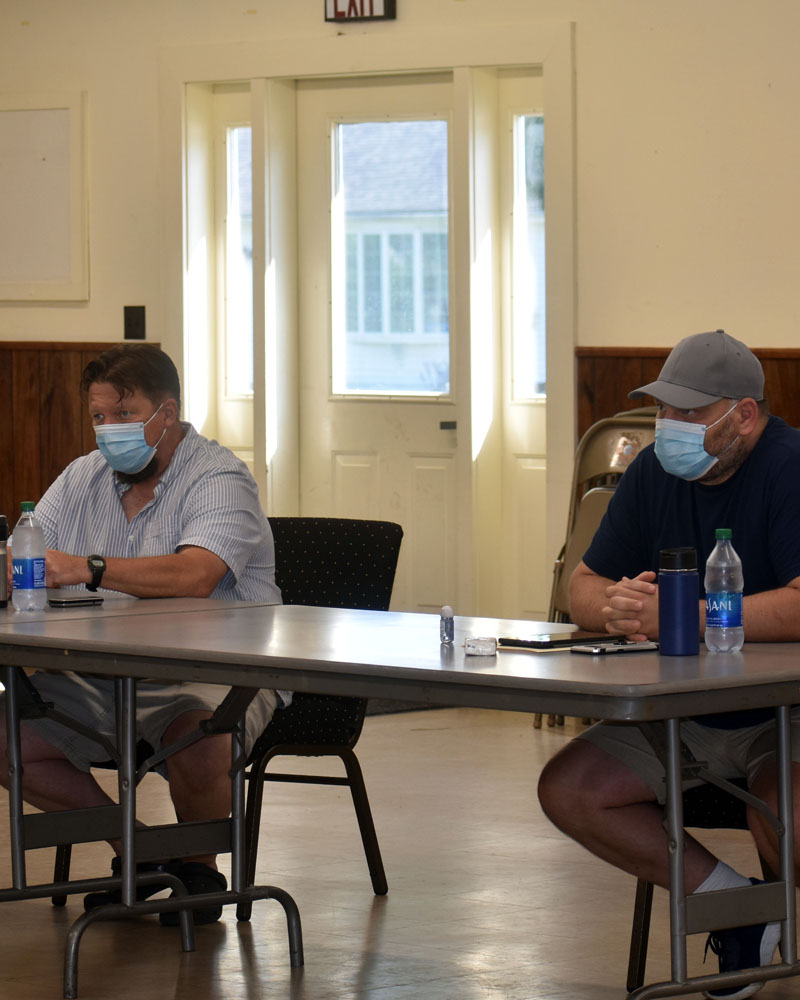 Gideon, a Democrat who lives in Freeport, is the speaker of the Maine House of Representatives. She is challenging four-term incumbent U.S. Sen. Susan Collins, a Republican.

Attending the roundtable event were three Maine veterans: Jack Kennedy, of Nobleboro; Ken Lambert, of Fayette and formerly of Wiscasset; and Albert Sionni, of Fairfield.

Kennedy and Lambert are U.S. Army veterans and Sionni served in the U.S. Marine Corps.

Lambert and Sionni spoke about the importance of veterans reaching out to one another and introducing fellow veterans to treatment programs.

“Al and I found each other at a vet center support group. We encourage each other and other veterans who need help. There’s disconnectedness, vets who are coming home that don’t feel connected,” Lambert said.

Lambert, a forward observer who directed artillery and mortar fire, spent 20 years in the U.S. Army, including deployments to Somalia, Iraq, and Afghanistan.

Sionni served in the artillery and was in the U.S. Marine Corps for 9.5 years, deploying to Iraq twice.

Lambert stressed the importance of access to mental health care providers who understand veterans and have a background in the military.

“There is a lack of providers in Maine. Civilian providers who volunteer at the VA are all well and good, but talking with someone with no basis or understanding of where you are coming from is difficult,” Lambert said.

Sionni said that while there can be a stigma against seeking mental health counseling while you are in the military, that is not always the case for veterans.

“The stigma exists much more in the service than out of it. If you start giving a vet a hard time, you are likely to be shown the door, and some people don’t know that,” Sionni said.

Sionni said the opportunities afforded to veterans need to be better publicized so more veterans can utilize them.

“It’s not just a VA issue. Vets fall through the cracks everywhere. There are programs, but you don’t hear about them until you start looking for help. The system is difficult to navigate and very discouraging to try to navigate. Some veterans will ask for help, and if you don’t help them out, they won’t ask again,” Sionni said.

“Maybe not the college stuff, but there are caregiver programs they could benefit from,” Sionni said. 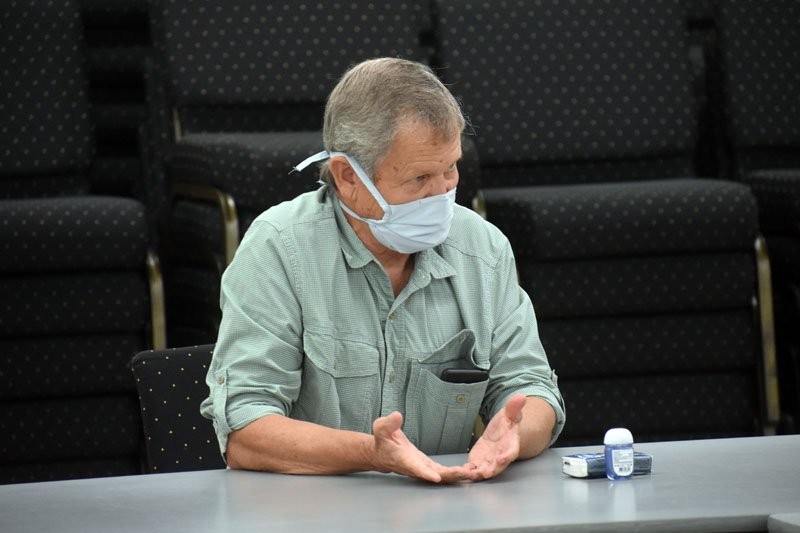 Lambert spoke about the importance of ensuring veterans have access to education and training opportunities.

“There are plenty of unemployed vets who would love to have the chance to continue to work,” Lambert said.

Sionni said efforts to ensure the sharing of medical records between the U.S. Department of Veterans Affairs and the Department of Defense were a good place to start.

Gideon said ensuring veterans receive the resources and services they need from federal and state government is important to her.

“Our veterans have served this country, and the best way to honor them is by working together to make sure they receive the resources and services they have earned,” Gideon said.

Those present also discussed foreign policy issues and how they impact veterans.

“It would be wonderful to see the Senate and the House step up to the plate when it comes to war-making decisions. That hasn’t happened since World War II. Every war since has pretty much been a unilateral decision by the president,” Kennedy said.

Kennedy, whose parents were in the foreign service, said he spent time in Southeast Asia prior to the start of the Vietnam War, when the standing of the U.S. in the international community was different than it is now.

“It is so disturbing to see what is happening. Instead of picking fights with our trading partners, we should be thinking about building coalitions,” Kennedy said, adding, “The U.S. needs to find a strategic position, build coalitions, and find allies, as we did in Europe after World War II.”

According to the Maine Bureau of Veterans’ Services, there are more than 3,300 veterans in Lincoln County.

After the meeting in Waldoboro, Gideon traveled to Union, where she hosted a physically distant supper at The Pour Farm, a brewery.