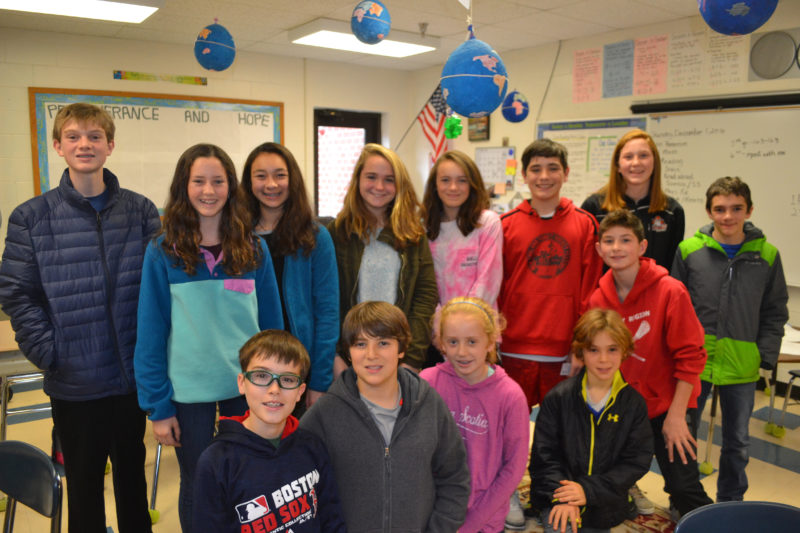 The Great Salt Bay Community School Student Council gave people in the Midcoast one less worry after holding a toilet paper drive that brought in more than 600 rolls for donation to local food pantries and shelters.

The student council sponsored the drive after meeting with Sharon Hobson, the founder of One Less Worry, a Rockland-based nonprofit that donates feminine hygiene products and toilet paper to residents in need.

Many homeless shelters and food pantries provide food, but sometimes do not cover other needs families have, Hobson told the students. In order to supply families with enough toilet paper, she tries to collect around 1,100 rolls each month.

“(Hobson) told us that a family goes through about a roll of toilet paper every week,” GSB Student Council President Riley Stevenson said. “It’s really hard for her to even try and keep up with that, and we really wanted to try and help.” 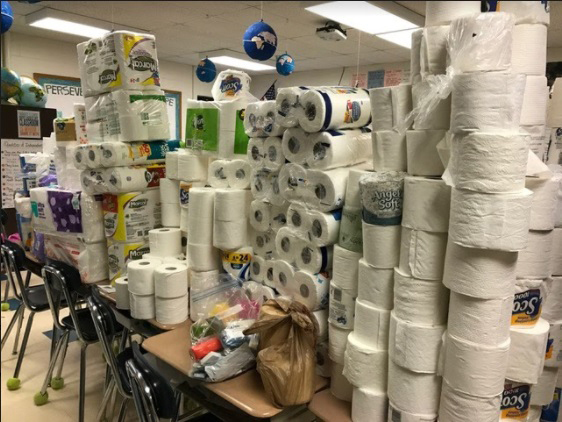 Some of the 600-plus rolls of toilet paper the Great Salt Bay Community School Student Council collected for donation to One Less Worry. Some rolls were donated individually, while others were in packs of 24. (Photo courtesy Ann Jackson)

“A lot of us are very fortunate, and we didn’t realize that this was something people faced,” eighth-grader Vanessa Albert said. “It really opened my eyes.”

The GSB Student Council supports various philanthropic causes throughout the school year, including the Lincoln County Animal Shelter and the Red Cross. The council raises the money through fundraisers, including dances, movie nights, and spirit days.

The student council donated $100 to One Less Worry, which was used to purchase approximately 175 rolls of toilet paper, but the students wanted to do more. They decided to host a school-wide toilet paper drive, with the goal of donating 500 rolls to the cause.

“I know when I talked to my class, most of them didn’t know toilet paper was such a big problem, and they really wanted to help,” sixth-grader Aiden Jacobs said.

The council advertised the drive by including it in the school’s newsletter and sending a letter home with students. Some donations came from single rolls, but many were in larger packs of 24, seventh-grader Carlos Canny said.

By the end of the drive, the students had collected more than 600 rolls of toilet paper to donate.

Hobson returned to the school to pick up the toilet paper at the end of November. Members of the student council brought the rolls out to her car in a convoy of laundry baskets.

Some of the toilet paper will go to Rockland, but a number of the rolls will stay in the area. The Ecumenical Food Pantry in Newcastle and the New Harbor Food Pantry, at the United Methodist Church in New Harbor, will receive some of the rolls.

Although some members of the student council will leave GSB to go on to high school next year, the underclassmen said they hope to continue the drive next year.