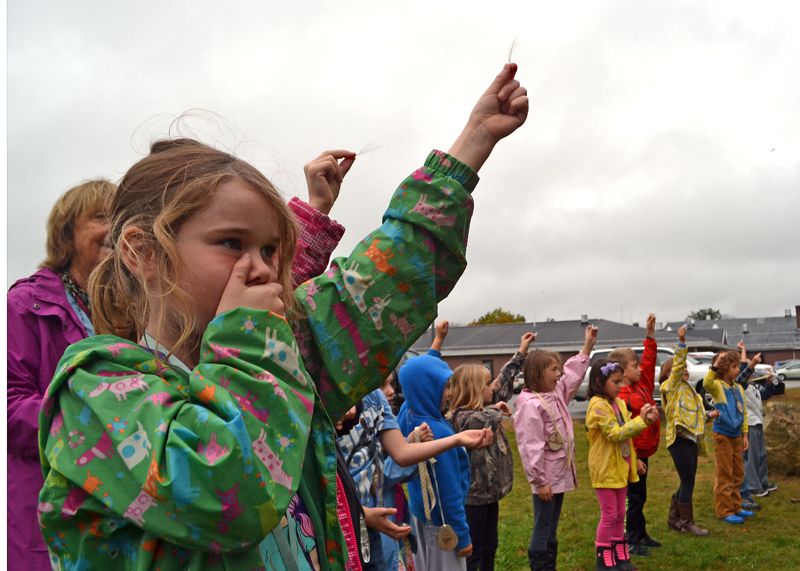 A new science program at Great Salt Bay Community School is getting students out of the classroom, while also bringing in members of the community.

The Four Winds Nature Institute, a nonprofit out of Vermont, is piloting a hands-on science education program at GSB. The program trains local community members to teach nature lessons to elementary school students, according to Lorna Fake, a second-grade teacher involved with implementing the program at GSB.

“It’s not only a program that has hands-on, creative lessons for kids, but it also gets volunteers in the classroom as well,” Fake said.

The lessons cover a variety of topics, from life cycles in nature to ecosystems, in engaging ways, Fake said. During a lesson Thursday, Oct. 26, Fake and volunteer Marnie Sinclair, of Damariscotta, put on a puppet show for the second-graders to explain how seeds travel. 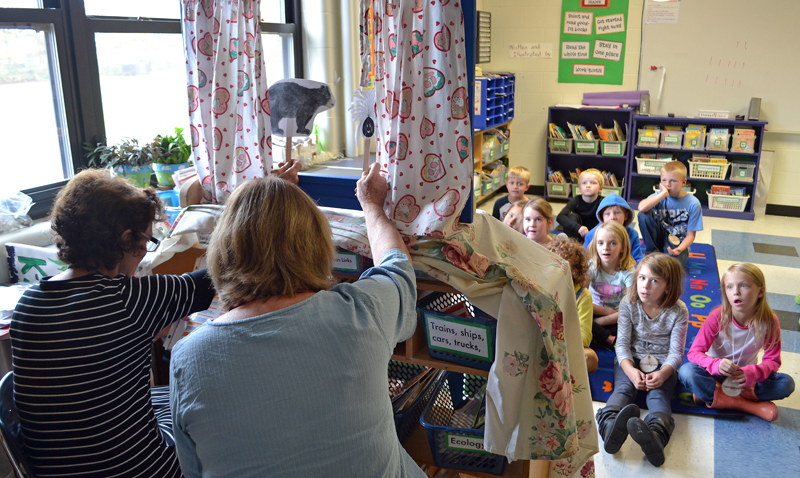 “It’s something different for the students, really,” Fake said. “It’s not just the teacher at the front of the classroom. It’s an active, engaging way to learn about science.”

During the same lesson, Sinclair and Fake handed seeds out to the students and asked them to explain the parts that make up the seeds. Students were then given magnifying glasses and told to “be scientists” while drawing the magnified view on a worksheet.

The lesson concluded after the class went outside and students raced around trying to collect different types of seeds.

Currently, only students in kindergarten through second grade are participating in the pilot program, but it could expand next year, Fake said.

“It’s been a lot of fun for the kids and for the volunteers too,” Fake said.