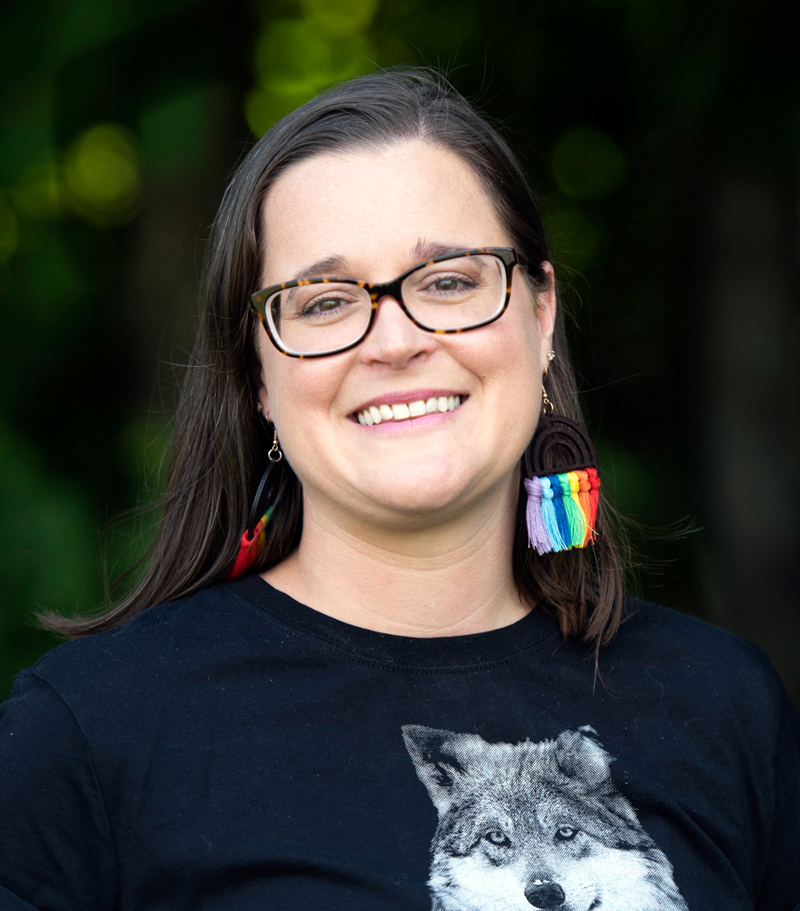 This is her third bid for the seat and her drive to be a voice for her local community is at the core of her candidacy.

“I feel that giving back to your community in every way possible is not only self-fulfilling but it’s just deeply needed,” Harwath said.

Harwath wants to be “a voice outside the duopoly of the party system. I think both parties have failed the rest of us, as well as the people in their parties and I bring a voice that isn’t beholden to party politics.

House District 62 includes Hibberts Gore and Somerville, as well as China and Windsor in Kennebec County and Palermo in Waldo County. Harwath will be running against Pamela Swift, D-Palermo, and Katrina Smith, R-Palermo.

According to Harwath, the 2022 redistricting of the congressional map left House District 62 with more third party or undeclared voters than voters in the two more traditional parties.

“We, as non-party voters, as third party voters, have more power than society tells us … we have,” Harwath said. “And you don’t have to vote Republican or Democrat if that’s not the candidate that’s best for you, that speaks to your values … We can win if you believe in the power of your vote.”

Harwath has a bachelor’s degree with a double major in criminology and criminal justice and communications and theater from Buena Vista University in Storm Lake, Iowa. She has lived in Maine since 2014 and currently owns the Starbright Farm in China, where she raises goats and sheep for meat, including providing halal meat for immigrant and refugee communities.

Harwath has not yet held elected office, but she has been active in her community, serving on several town committees including the Thurston Park Committee and the China Community Days Committee.

She and her older children are regular volunteers for the China Community Food Pantry. She is also chair of communication outreach for South China Community Church and sings in the choir.

While living in Albion she was part of a parent movement to stop RSU 49 from closing the Albion Elementary School, and she remains an active voice in issues involving education. She homeschooled her children through the pandemic to help ease the burden on the school system, but said they ultimately chose to return to in-person school for the social aspect.

Harwath supports gun rights while being in favor of regulations such as Maine’s “yellow flag” law, which allows for the removal of guns from an individual deemed dangerous via a medical assessment.

“I live on a farm. Of course I’ve used guns before so I believe in the Second Amendment and your right to have firearms,” Harwath said. “Past the very obvious it’s in the Constitution, it is important to … be able to hunt for food when you need to, to be able to defend your livestock.”

As a farmer, agricultural issues are on Harwath’s radar. She sees the polyfluoroalkyl substances, or PFAS, spraying program that was “pushed by the government” in the 1970s as the government’s mistake to correct. Polyfluoroalkyl substances are a group of long-lasting chemicals that have been found in soil and groundwater in a number of Maine farms. The chemicals pose potential human and environmental health risks.

Harwath also sees a clear connection between the agriculture and fishing industries as “all that runoff from farmlands goes into rivers, goes into lakes, goes into the ocean.”

Harwath wants to talk to all sides of the debate around the lobstering industry to find a balance between the livelihood of fishermen and the risks to endangered species.

“While I believe in protecting the environment I don’t want to delete an entire industry or profession,” Harwath said.

“Climate change overarches all of those questions about animal migration and water quality and droughts,” Harwath said. “It won’t matter what kind of tiny regulations or controls you put down about fishing boats if you can’t try to mitigate the problem on a larger scale.”

Harwath believes solar and wind energies can reduce reliance on fossil fuels, but solutions can be tricky in agricultural communities where tractors rely on diesel. Working directly with car manufacturers to find solutions is one possible avenue Harwath considers worth exploring.

Affordable housing is another issue where Harwath favors a balanced approach. “I think making sure that there is land use available for multi-unit housing in the locations where you need it is very important,” she said. “I also believe in keeping green spaces.” Harwath sees the benefit of tearing down and rebuilding existing structures as a way to provide essential housing while protecting green space for public use.

“If you chop up all your farmland and turn it into housing … that entire industry will just die here,” she said. “There’s nothing left for the next generation to farm.”

She said that incentives, both monetary and otherwise, may make sense.

“I don’t think we need to have a bajillion laws to tell everyone what to do. I think sometimes just giving (businesses) an incentive when they’re already motivated by money helps the public good in a quicker way,” Harwath said.

Harwath thinks local communities may have some of the answers. She referenced the China Lake Alewife Restoration Initiative, a collaboration between towns surrounding the lake and local nonprofits that returned the small fish to breeding grounds that have not seen them in 200 years. She believes that other community level success stories can be extrapolated to solve statewide problems.

“I don’t think we need to reinvent the wheel every single time we have an issue,” she said.

Harwath thinks the issue of increased costs for heating oil is a multifaceted problem that requires a multifaceted solution. Mainers have choices, including fuel oil, heat pumps, wood burning fireplaces, and pellet stoves.

For Harwath, publicly owned utilities are one piece of the solution. “Having energy companies in the hands of people reduces prices significantly,” Harwath said.

She favors outside-the-box thinking, finding ways to prepare year-round so that services are not so heavily funneled through the winter months, or perhaps incentivizing the harvesting of dead wood as a community program to help those with wood stoves.

“(Help) doesn’t always have to come from the government; it can come from people in our area helping each other,” Harwath said.

Coming from a criminology and criminal justice background, Harwath believes “there are way too many things criminalized that don’t need to be.” She would like to see a switch in focus from policing people to getting people the help they need.

“That is where you should spend your money,” Harwath said. “You shouldn’t spend your money arresting people for drug addiction, locking them up in a system that we have to pay for. That’s not helping (solve) the addiction problem.”

Harwath is in favor of more centers like the Augusta Recovery Reentry Center, a grassroots project that opened in March and provides support for those directly impacted by addiction

Harwath also wants to see mental health services covered by insurance including MaineCare and Medicaid. She wants to see an increase in the number of available providers, too, whether bringing in more professionals from out of state or ensuring that Maine schools have good programs to educate people in the mental health professions.

“I know there’s incentives for schools to teach nursing. If (mental health) is a medical field that we need to expand in order for everyone that needs those services to be covered then that’s something we need to look at.”

Harwath and wife Luciana have four children, all in the China Public School System. Harwath counts “raising good humans” as her biggest accomplishment in life.

Harwath is endorsed by the Maine Education Association, the Wabanaki Alliance, the Maine People’s Alliance, and the Maine Gun Safety Coalition.