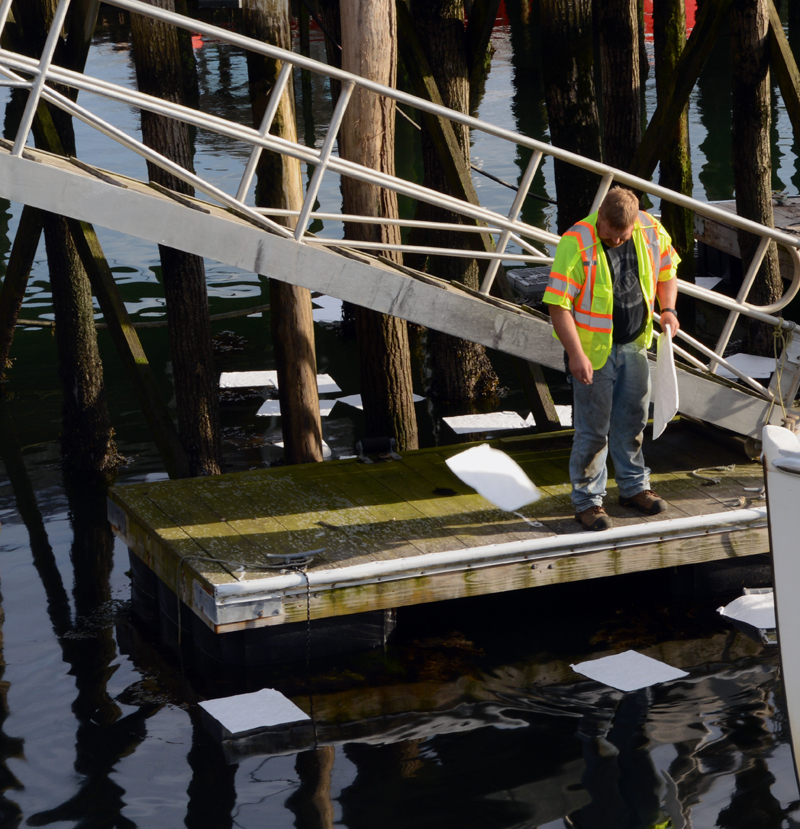 Capt. Brad Pendleton, of the Bristol Fire Department, places absorbent pads in the water to soak up diesel fuel after a spill near the South Bristol drawbridge the evening of Tuesday, July 16. (Evan Houk photo)

Local firefighters deployed booms and pads to contain an apparent diesel spill in the water near the South Bristol drawbridge the evening of Tuesday, July 16.

The response to the spill temporarily closed the bridge to boat traffic, preventing passage through The Gut, the narrow channel between the mainland and Rutherford Island.

Bristol firefighters deploy a boom on the west side of The Gut in South Bristol to prevent the spread of a diesel spill the evening of Tuesday, July 16. (Evan Houk photo)

The Central Lincoln County Ambulance Service and South Bristol First Responders were dispatched for a report of a woman overcome by fumes from the spill. She was checked out in an ambulance and quickly released. 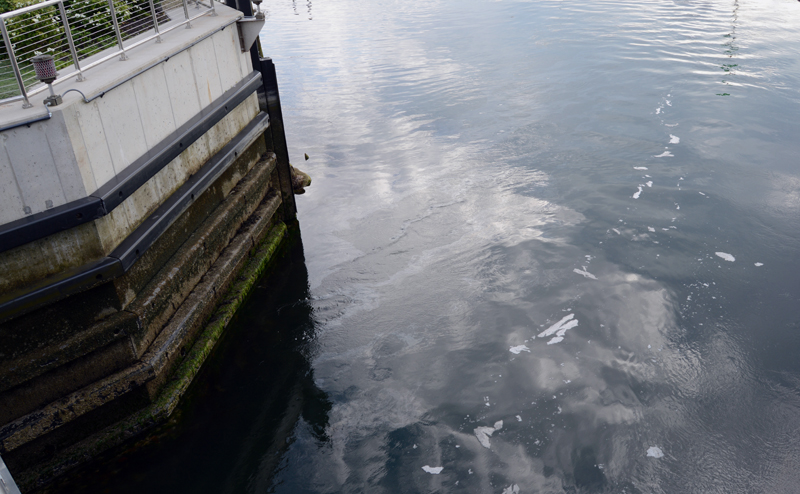 A sheen is visible in the water under the South Bristol bridge from a diesel fuel spill the evening of Tuesday, July 16. (Evan Houk photo)

Firefighters attempted to soak up the fuel with absorbent pads, then set up a boom around the area to contain it and keep it from spreading with the current.

According to South Bristol Fire Chief Mark Carrothers, the source and amount of the leak is unknown and is under investigation.

U.S. Coast Guard hazmat crews were expected to arrive at 8:30 p.m. to assess the scene. During this time, The Gut remained closed to all boat traffic.